If you’re tired of freezing your butt off in Kvaris, then PSO2: New Genesis is prepared to crank up the heat in their newest region, Stia. The volcanic and technologically advanced region of Stia will introduce players to new enemies, new field races, and some peculiar new puzzles, but is it worth it to jump back in now? Read all about our recent play through in our Stia preview.

As a longtime Phantasy Star Online 2 player I’ve always been hoping that the next content drop will be enough to entice me back for an extended period of time. I had hoped that Kvaris would do the trick, but I have yet to complete everything in that region, despite several novel features, like the hoverboard, managing to occupy my time for way more hours than it probably should have. While I’m almost entirely certain that I will be wholeheartedly jumping back into PSO2: NGS when they release their upcoming Gunblade class, because Gunblades are just freaking cool and I always loved the playstyle in the original PSO2, SEGA provided early access to the Stia region so I could get a taste of the new area and what’s to come. Along with my trusty guide Alyssa, who you may remember from my Kvaris impressions, I was able to check out three distinct areas in the Stia region.

For the purpose of the preview, I was relegated to the Stia camp, which is the main player hub for the Stia region, along with the exploration sector, Dreisen Plant 1, and Dext Base 1, which is a Combat sector. Each region is distinct visually, with the Dreisen Plant depicted as a primarily technological and mechanical setting, and Dext Base showing off the depths of the Volcanic landscape that the Stia region is known for. There were quite a few restrictions in place for my preview, so I wasn’t able to see the new 8-Star gear or weapons, nor was I able to learn much about the story of Stia. I was able to glean a little bit about what we can expect in Stia related to the way SEGA has designed the levels. One example is the inclusion of “side-drafters” which most NGS players that have played through Kvaris will be familiar with.

The Aelio region introduced “up-drafters” which are areas of the world where players can catch some air and zip to the top of a high mountain with ease. Kvaris introduced side-drafters, which allows players to similarly zip across large areas horizontally instead of vertically. Stia has made use of many side-drafters so that players can easily get around the region, as some areas are quite large and would be a pain to navigate without them. 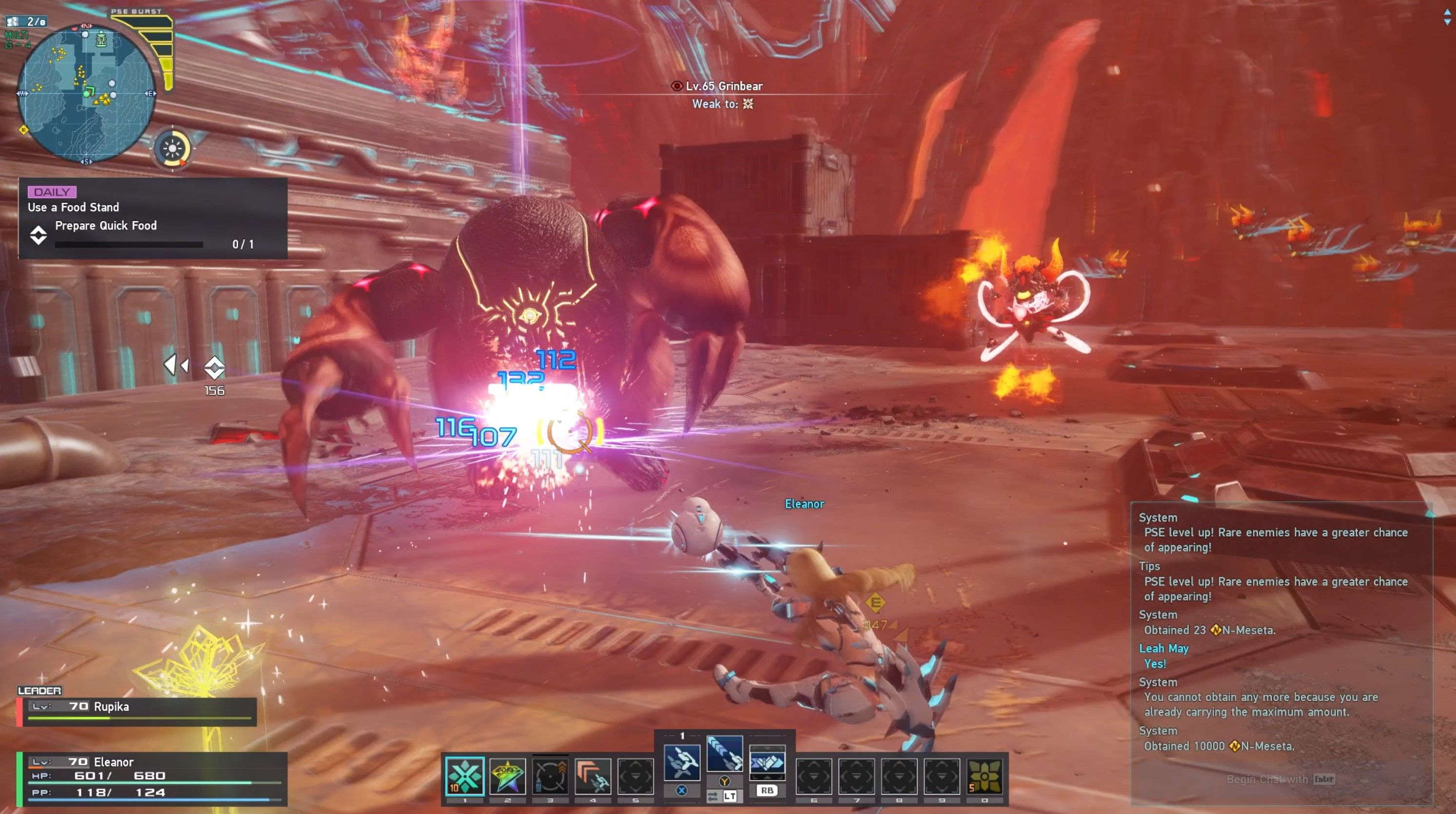 Another new mechanic is environmental weaponry. In areas where there is a heavy volcanic presence, fire bombs will become available for use, and look like big red rocks on the ground. The use of these items may be difficult as there is a limit to the amount of time you have to use the lava bomb in combat. If you hold the bomb for too long, it will explode, causing you damage instead of your enemies.

There are also some new hidden rewards throughout the region of Stia. In most regions, players will be familiar with barrier pods that house special reward boxes. In Kvaris, there were special rewards stuck in ice that you had to break open to earn the rewards. In Stia, there are invisible boxes that you’ll have to sniff out if you want to earn the rewards. These boxes aren’t completely invisible, you can see a faint golden glow around them, and there may be multiples near each other, so if you find one invisible box, keep your eyes peeled for that golden glow and follow it to the next one! 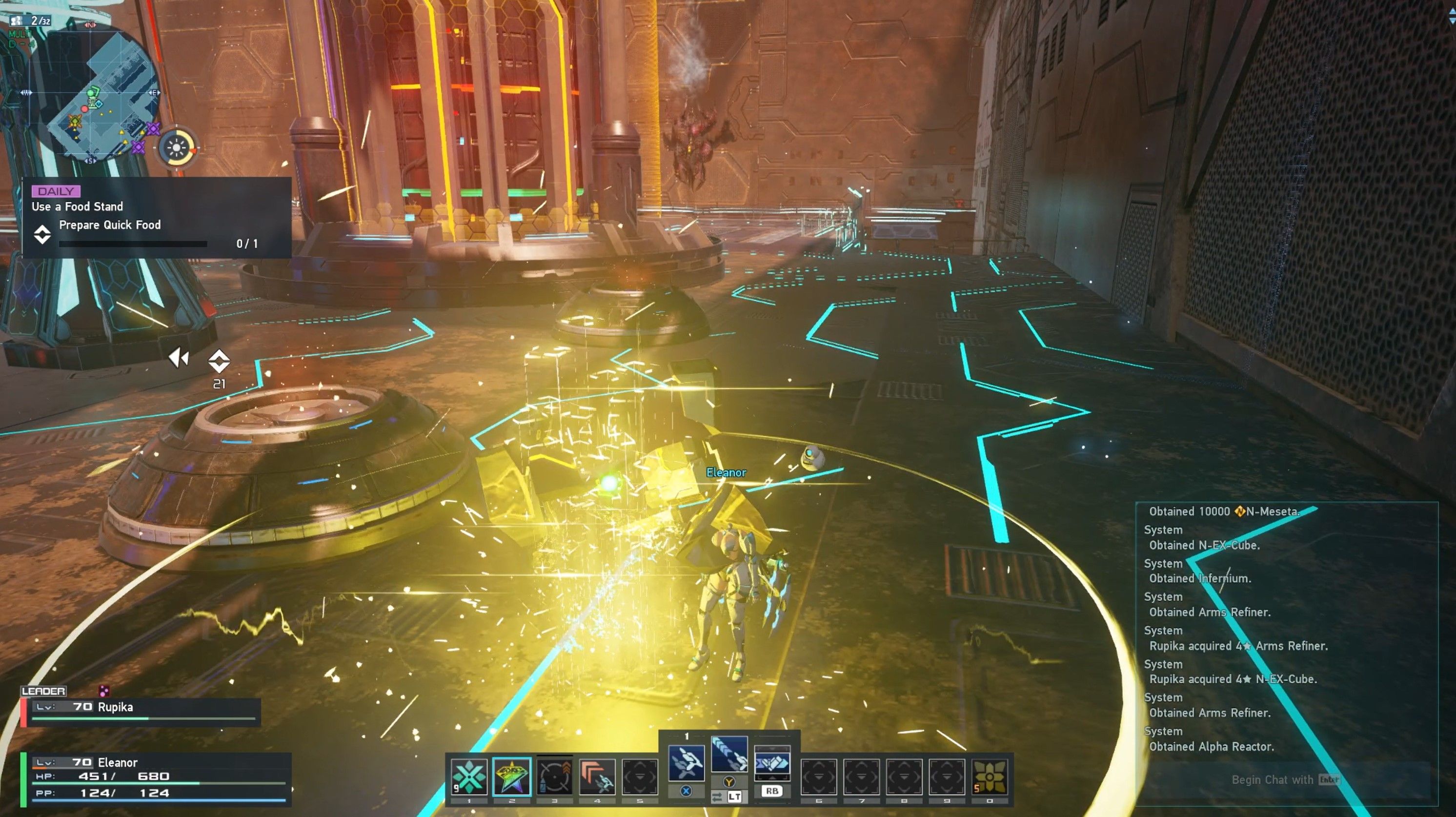 Of course, there will be a whole new story campaign that will unveil a little more about the NPC’s we’ve become accustomed to in our journey from Central City. Unfortunately, I wasn’t able to get any first-hand experience with the story so far, nor was I able to test out any urgent quests, so there is still a lot of mystery out there for people looking to jump back in. Stia will have its own unique urgent quests and some new dangerous enemies, many of which you’ll want to tackle with a group, especially in the Dreisen Plant region. It is a shame I wasn’t able to get a more in depth look at the story and quests, even though I’m not the kind of guy who would spoil any major story plot points, but it would have been nice to get a little hyped for where the narrative is going.

Something that may delight some players is, there will be no environmental gear necessary to navigate Stia. In Kvaris, players needed new gear so that they were able to handle some of the icier regions, and without it, players would take damage and eventually freeze in place, making it nearly impossible to fight in those regions without environmental armor. SEGA isn’t doing away with environmental armor, but Stia doesn’t require that you have any environmental armor to navigate the harsh volcanic landscape.

Stia is going to definitely provide a lot of content for players that are looking to enhance their characters to the next power tier, increase their battle power, and unlock more mysteries on planet Halpha. The volcanic region will have a compact player hub where players will be able to see all of the regional quests in a single area, so that they don’t need to traverse a large plot of land like Central city to pick up the quests they are looking for. The Stia region will launch on December 7th, and it will undoubtedly keep players busy for a long while, but Alyssa explained that players shouldn’t be hesitant to jump in right now. There is currently a catch-up event that will provide players with gear as long as they’re able to complete their weekly tasks. 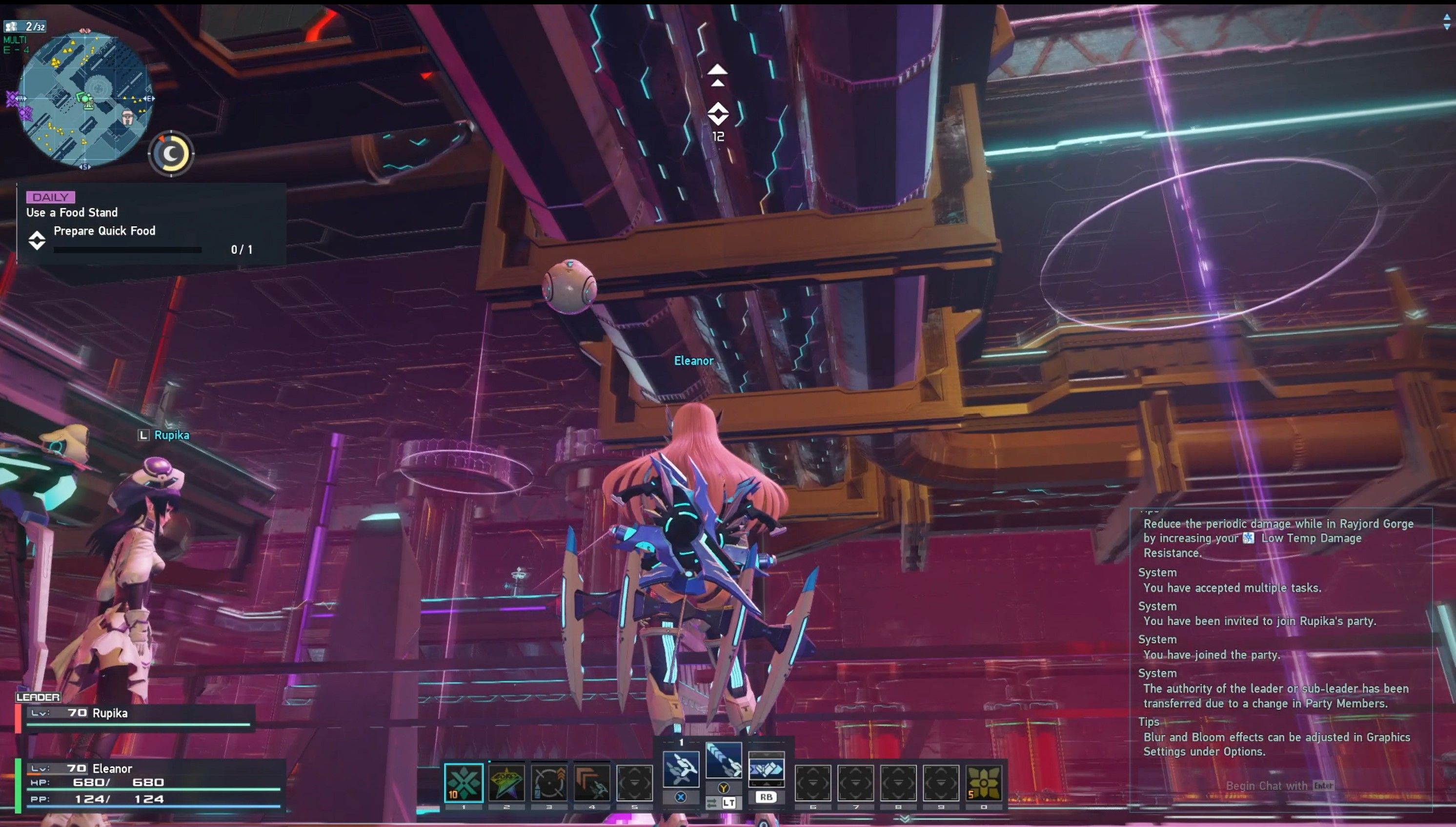 The gear and weapon grind will certainly be familiar for PSO2 players whether they are from PSO2 Classic or New Genesis, but there’s much more headed down the pipe post Stia. Alyssa stated that the Gunblade class will release in the Spring of 2023, which is definitely something that I have a personal interest in. The Spring update will also feature a new major housing update called Creative Space, which will be the guild and personal housing update that players have been waiting for. On top of that, there are still quite a few star levels to go before New Genesis catches up to Classic so players should be ready for some substantial upgrades to their gear in the future. And all of that is in addition to the unique environmental, traversal, and ability changes the team has been striving to add to the game in the form of field races, Cocoons and more.

Recently, PSO2 released on the PlayStation 4 console, and is available on the PlayStation 5 through backwards compatibility. The release has brought an influx of players so that returning players will always have someone around to play with. While SteamDB is currently showing the Steam version averaging around 2300 peak players, the game is available on PC via the Microsoft Store. Players can also obtain and play the game on Xbox and PlayStation. If it’s been a while and you’re ready to play catch up, Stia will certainly be a great time to do so. As someone who has been waiting for just the right time to come back, Stia hasn’t quite convinced me to jump back in, primarily because I already know that I’ll be returning once the Gunblade class has dropped in 2023. There is a lot of ‘new’ here with Stia, but I know that I’ll be running that gear treadmill when the new class drops and I can’t bring myself to do it multiple times. However, if you’ve already picked your forever class and you’ve been waiting for new content and the next tier of gear to drop, now is the time to jump back in.