One of the most enduring genres of gaming is the first-person shooter, and one of the original 90s shooters that was groundbreaking in many ways is getting a new edition with some modern twists. Rise of the Triad: Ludicrous Edition is coming, made by the developers behind popular retro-inspired FPS titles, New Blood.

We had a chance to go hands-on with Rise of the Triad: Ludicrous Edition while at PAX West this year and it is, by all definitions of the word, truly ludicrous. This isn't a remake of the 2013 remake of the same game: Rise of the Triad: Ludicrous Edition brings us back to the original 90s title, but this time with high refresh rate support, 4K and ultrawide resolutions, adjustable FOV and much more.

Rise of the Triad is known for doing some things in gaming that are just simply standard now, especially in arena shooters. Mechanics such as Rocket Jumps, dual-wielding guns, and even asymmetrical multiplayer, including Capture the Flag, were all innovations the original developers brought to gaming before they became more refined in titles like Quake and Unreal Tournament years later.

The new version of Rise of the Triad is being published by its original publishing label, Apogee, though the development team behind the Ludicrious Edition is none other than retro-FPS house New Blood, the creators of Amid Evil, Gloomwood and wacky URLs.

In my hands on with Rise of the Triad, I have to say I wasn't initially expecting much. I remember my dad playing it when I was a kid, but I was more of a Hexen/Heretic kid when I could step up the keyboard. However, I was shocked at how fluid everything was once I started moving around the first level, collecting weapons and jumping onto the various floating platforms (also another Rise of the Triad first) that populated each level.

I was sucked back into my childhood to some degree here, firing off akimbo pistols at fanatical cultists (vaguely looking like the Nazis from Wolfenstein), or grabbing a heat-seeking missile launcher to devastate the sprites closing in around me. Throughout the whole demo the smooth, silky 144FPS performance never once buckled, as I laid waste to all around me. 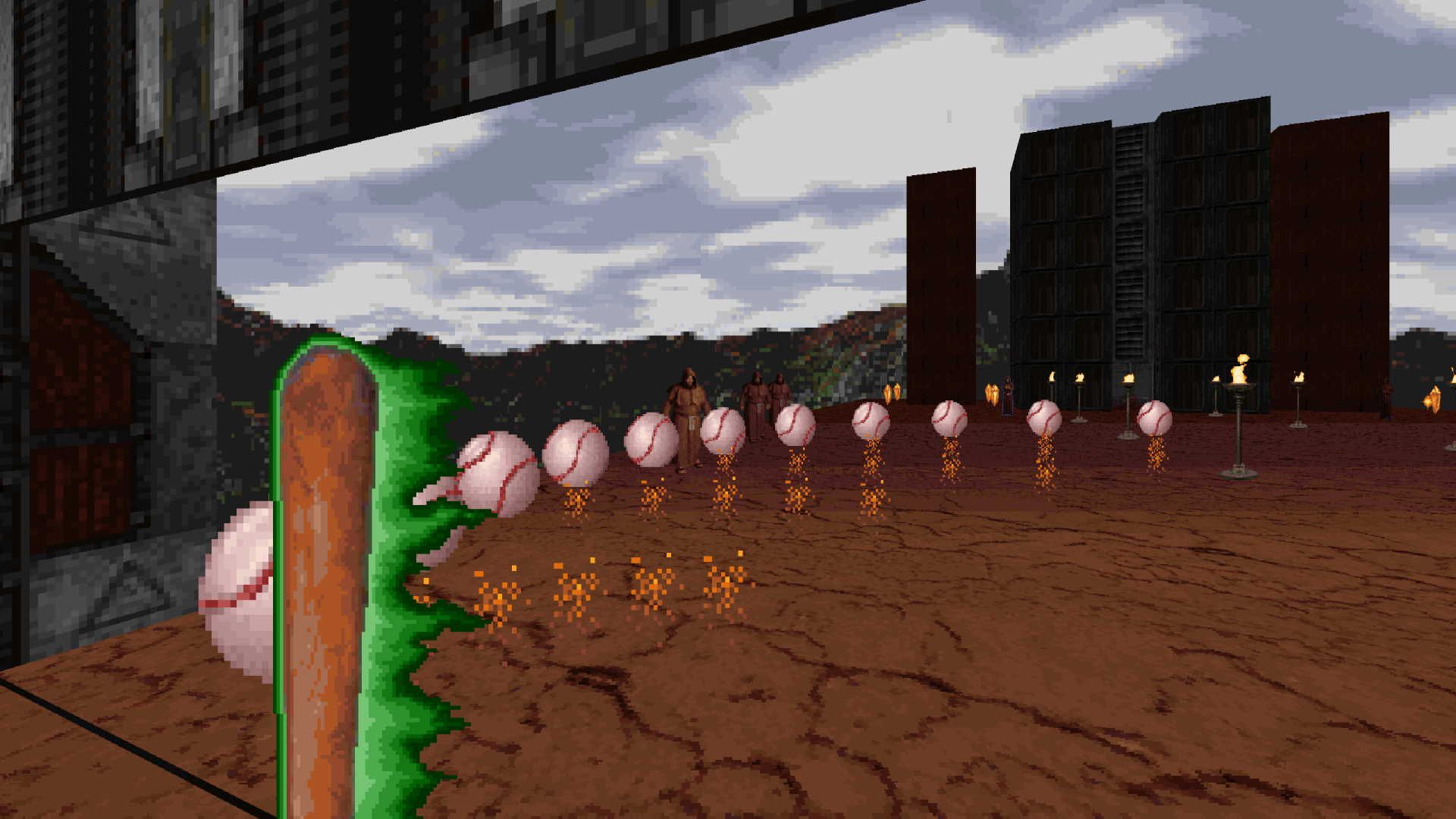 The fast-paced action even at times felt maybe too fast, as if I was slipping and sliding around the map. The physics at play here took a minute, but once I got the hang of it I was transported back to the 90s, sitting in my living room on the Air Force Base, taking turns with the shooter we couldn't let mom see us play with my older brother. Dodging obstacles, dealing with well-crafted AI, and hunting for secret areas in the very non-linear map design was an absolute joy.

With the older shooters, I tend to forget that mouse-look wasn't a thing either, remembering how I used to maneuver my camera in games like the original DOOM and more. Mouse-look in Rise of the Triad makes me feel even more powerful, thanks to the level of precision and control it gives me in the shooter. And it's needed too, as another first that the retro multiplayer shooter introduces was AI that would dodge bullets when they could.

My favorite part of the demo was finding a weapon that literally gave me God Mode, letting me run around firing floating blue orbs that bounced around a room, disintegrating all in its path. The DNA of the original is every on the new edition, but so is the FPS prowess of New Blood Interactive. This is love letter to the genre that the company has helped bring into a modern-day resurgence. 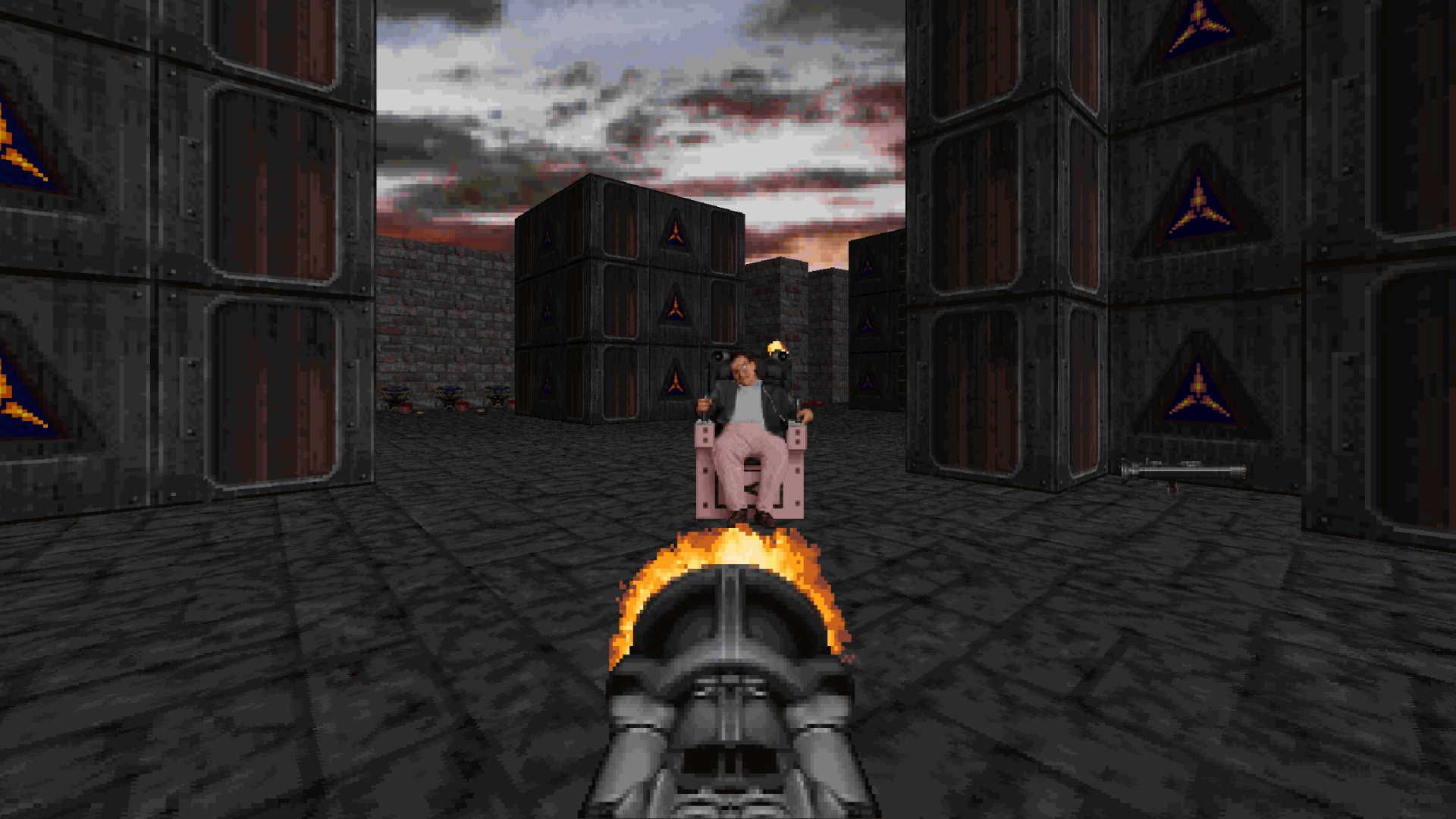 Additionally, Apogee tells me at PAX that the new Ludicrious Edition will support map creation via Steam Workshop support, as well as 11-player multiplayer modes, including the original CTF mode in gaming.

It's definitely worth a check out if you're someone who appreciates retro shooters. I left the demo actually itching to play more, that God Mode Orb weapon living rent free in my mind for hours afterwards. Rise of the Triad: Ludicrious Edition is launching in early 2023 on Xbox, PlayStation, Nintendo Switch and PC via Steam.