I have missed Splatoon.

As someone who played the original quite religiously when it was first released, I fell off of it when Splatoon 2 entered the scene for the most part. As much as I loved the aesthetic and the world Nintendo has created with Splatoon, my inability to play shooters with twin sticks was starting to be more and more exacerbated when I moved more and more to just playing on PC.

However, Splatoon 3 might just be the game that makes a Squid Kid out of me again.

It's a weird thing to say, too, since for the longest time my main in Smash Bros Ultimate has been the Squid Kid - it's like I've never actually left in a way. But jumping back into Splatoon this past weekend felt a bit like coming home.

The iconic, vibrant art, the cool and completely attitude-laden Squid Kids, and the wacky world were instantly endearing, especially as we geared up for our first multiplayer match: Salmon run.

This kid-friendly take on the Horde modes found in more mature shooters sees teams of four take on wave after wave of Salmonids, this time with mega Salmonid bosses that saw us have to team up to tackle. These bosses were sometimes armors, causing us to have to strategically position ourselves to handle the threat. 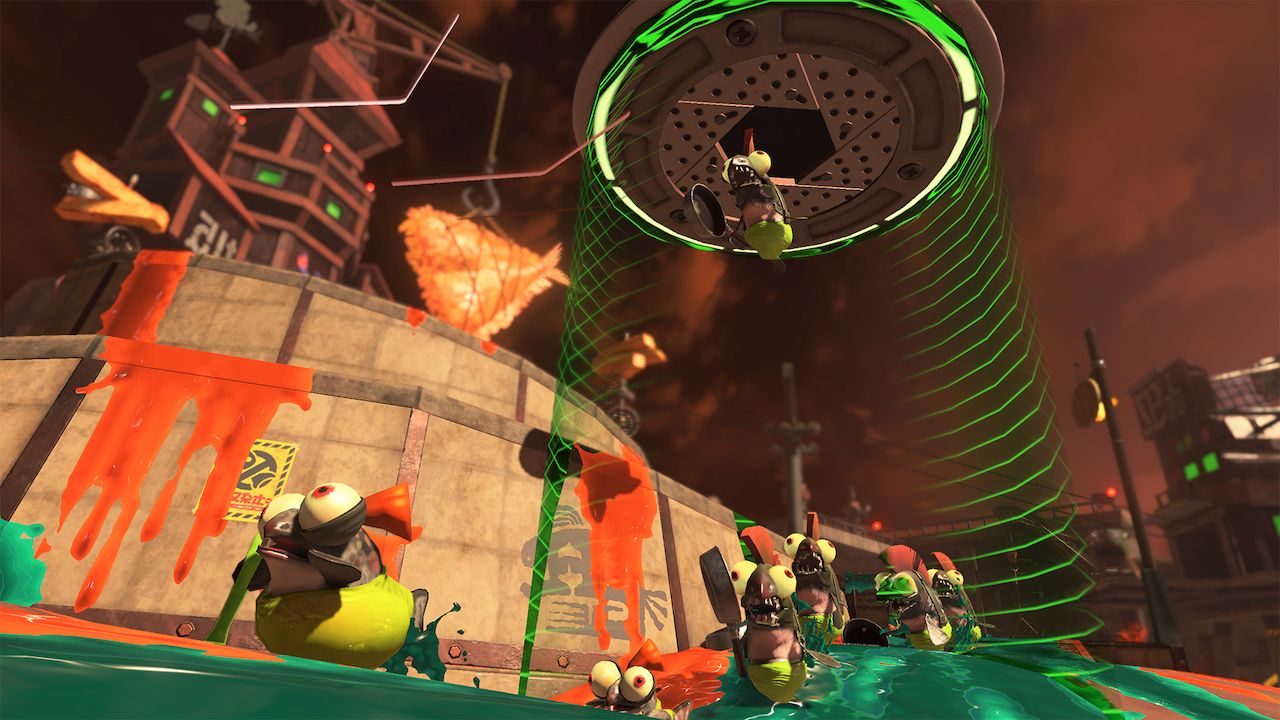 Each match sees players start with a randomized weapon, much like Splatoon 2. While I understand the idea here is to make the mode seem more varied and hectic, especially if one moment you're using a sniper paint gun and the next you're equipped with the sword-like paint brush, I would have loved the chance to balance the team a bit more had have us choose our own loadouts. That said, each match felt hectic as we worked together to capture the eggs dropped by the Salmonid boss and deposit them in the Egg Basket needed to progress to the next wave. Survival isn't enough, so this helped keep us on our toes.

After two rounds of Salmon Run we were thrust into the main multiplayer mode of Splatoon 3: Turf War. This mode has been around since Splatoon's inception, becoming the iconic mode that most think of when starting a session of the painting shooter. Teams compete not simply to defeat each other by shooting each other with paint, but rather they compete to paint the most turf in the map. The winners of the match aren't the ones with the highest K:D ratio, but rather the highest ratio of turf painted.

If you're looking for game-changing updates to this mode, you're not going to find many, at least as I noticed in my time during PAX. The mode feels and operates much like it did in 2015, and while not necessarily a bad thing, I would have hoped for a bit more iteration.

As it stands, the biggest addition is a super attack each weapon has, allowing players to fire it off when they've painted enough of the ground. Some of these attacks range from an Iron Man-like paint laser system that pops up, locking onto the nearest enemy Squid Kid. Another drops a crab mech, giving the player in it an armored tank almost to chew up territory and opposing squids. 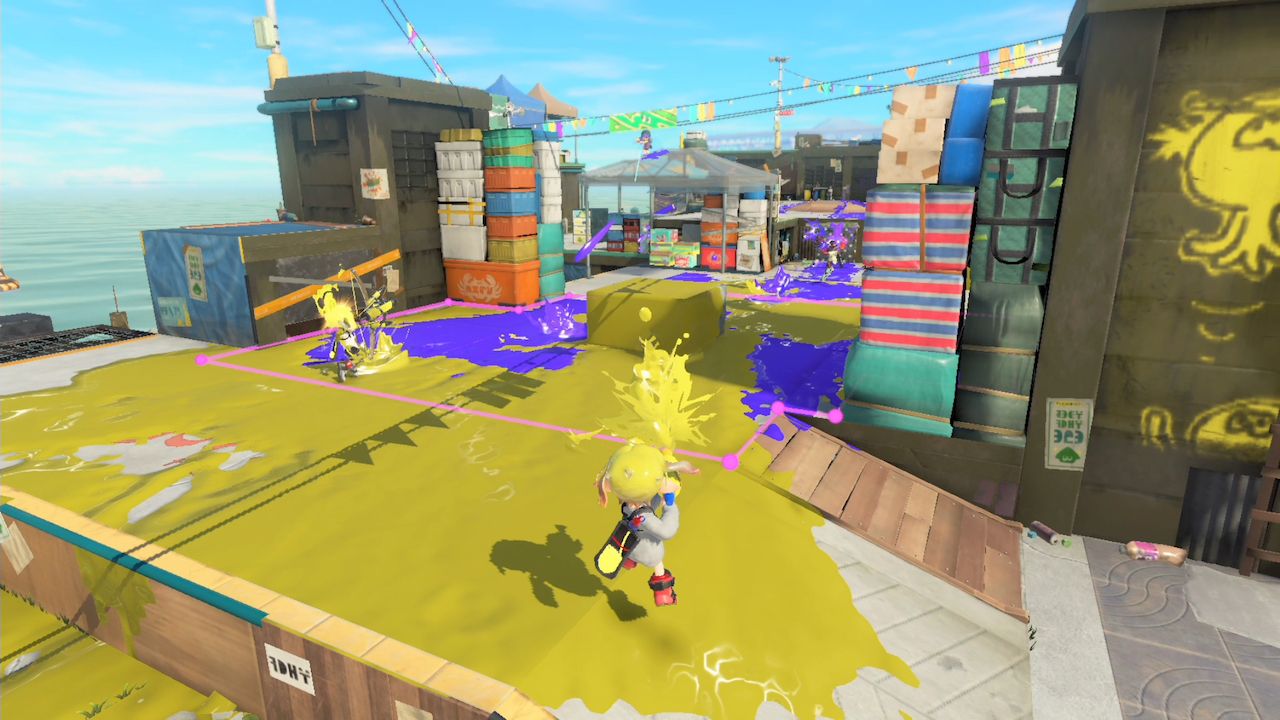 The mode is still a blast to play, despite the lack of meaningful formula changes. This is very much an example of "if it ain't broke, don't fix it." Our two teams of four in my play session were incredibly competitive, seeking out the win as if our PAX lives depended on doing so. I found myself settling in with the paint brush, eagerly swiping my paint on the ground around me while my teammates focused on taking on opposing Squids in the process. It was a but therapeutic, taking the paint brush and making sure each corner was delicately covered in my teams colors. However, when it came to fighting, I felt at an immediate disadvantage against those with, you know, guns.

That said, we won three out of the four matches, (though the last match felt like the opposing team had had enough, winning by 10%). It was a blast and perfectly cemented why Splatoon has been so popular for Nintendo. Its iconic art style that drips with character and attitude are defining features of a game that keeps you locked in every second you're playing. The level of tension in Salmon Run, especially if you're about to miss your Egg Catcher Quota or those last seconds of Turf Wars that see you and another player fighting over a tiny corner of land are some of the most fun moments I had all weekend.

Splatoon 3 is coming out this week on September 9th on Nintendo Switch.