Galahad 3093, developed by Simutronics, puts players into the roles of the Knights of the Round Table...sort of. This time, instead of riding great steeds into battle, they board giant mechs, called Lances, to duke it out with their enemies. The spiritual successor to 1993's online game CyberStrike, Simutronics aims to recreate those fast-paced mech battles they were known for back in the day.

And, after our hands-on during PAX West 2022, they by and large have. Each fight in Galahad 3093 transported me back to the 90s, albeit with better graphics and controls, as I remembered watching my dad duel with other players in CyberStrike, Mechwarrior, EarthSiege, and more. In fact, without even realizing it who I was speaking to during my demo, I asked what influences other than Mechwarrior were at play here, to which Simutronics CEO David Whatley responded that MW was not an influence, but rather themselves.

CyberStrike was a multiplayer mecha battle game that saw players customize their own robots and fight back in 1993 before most multiplayer games could barely render a character sprite let alone a mech cockpit. Galahad 3093 pays homage to this iconic title in the name itself, 3093 being a hat-tip to 1993, the year CS was released. 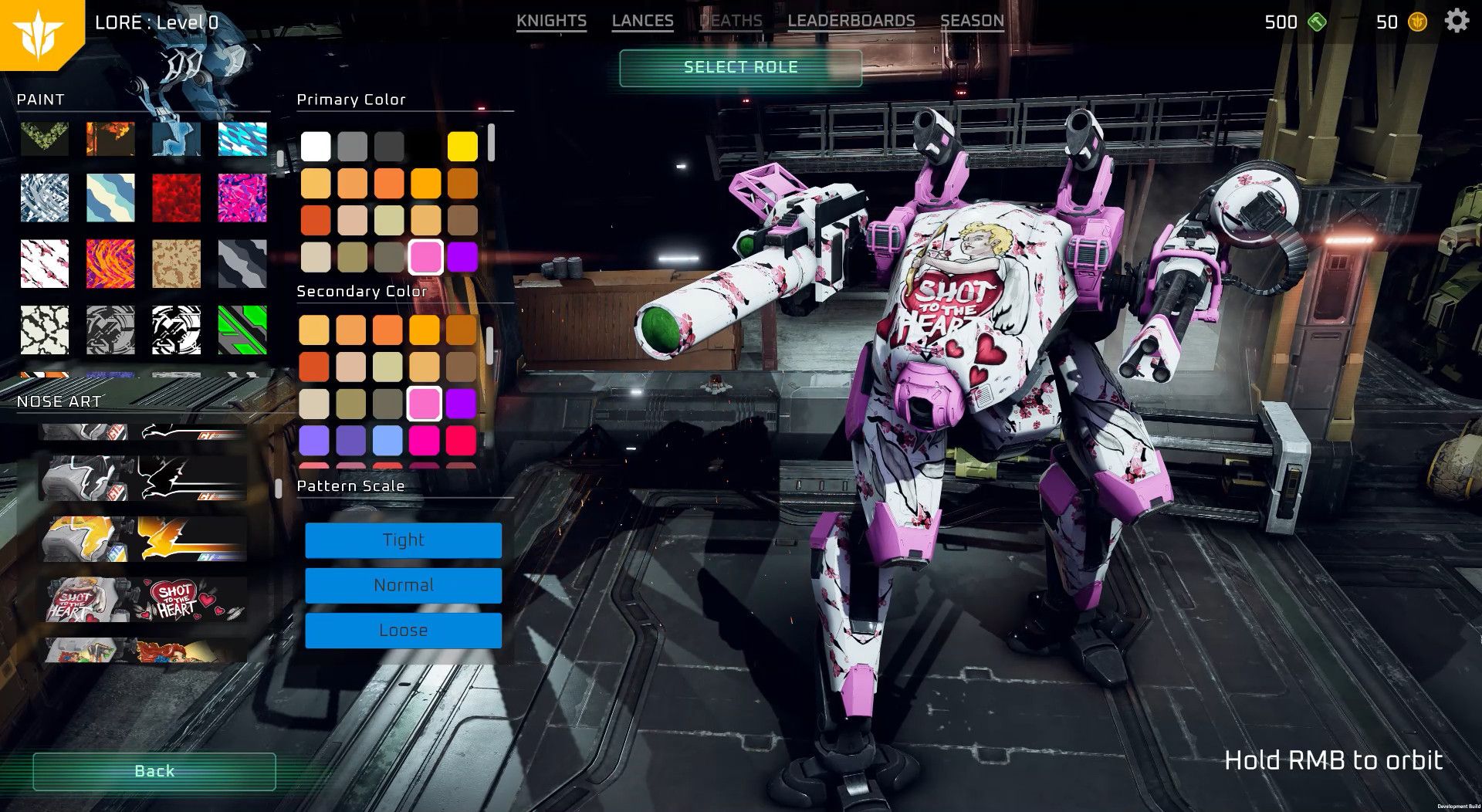 Galahad 3093 has just entered Early Access, bringing with it multiple multiplayer modes, whether it be team deathmatch or a base assault, with large-scale battles that aren't just fought face-to-face, but vertically as well. Players will need to master their Lances, from the various weaponry you can mount, to the modules that augment their performance, to even the individual skills the pilots themselves possess. There is a lot to learn here, but Galahad also provides data at almost every point to learn from each fight and improve.

Another key area that allows for customization and testing to find just the right loadout is your ability to see the kill data of the opponent who bested you and copy their loadout, and assuming you've unlocked the equipment you can try it out for yourself. This reminds me a bit of EVE Online's killmail system that show exactly who killed you and what they were flying so you can learn how to better combat against it, as well as try it for yourself.

Jumping into the battles, each map is vibrantly lit and detailed, with the futuristic PvP arenas providing plenty of space to maneuver, but also places you can corner opponents in choke points. Movement of the Lance feels weighty, but also agile enough, especially with some of the lighter Lances, to maneuver easily. You can boost jump, taking you up to great heights, as well as do a variation of StarSiege: TRIBES' Ski with a booster that sees Lances zoom across the map. It was fun, and while not exactly skiing from TRIBES, it definitely made me think of the older PvP FPS. 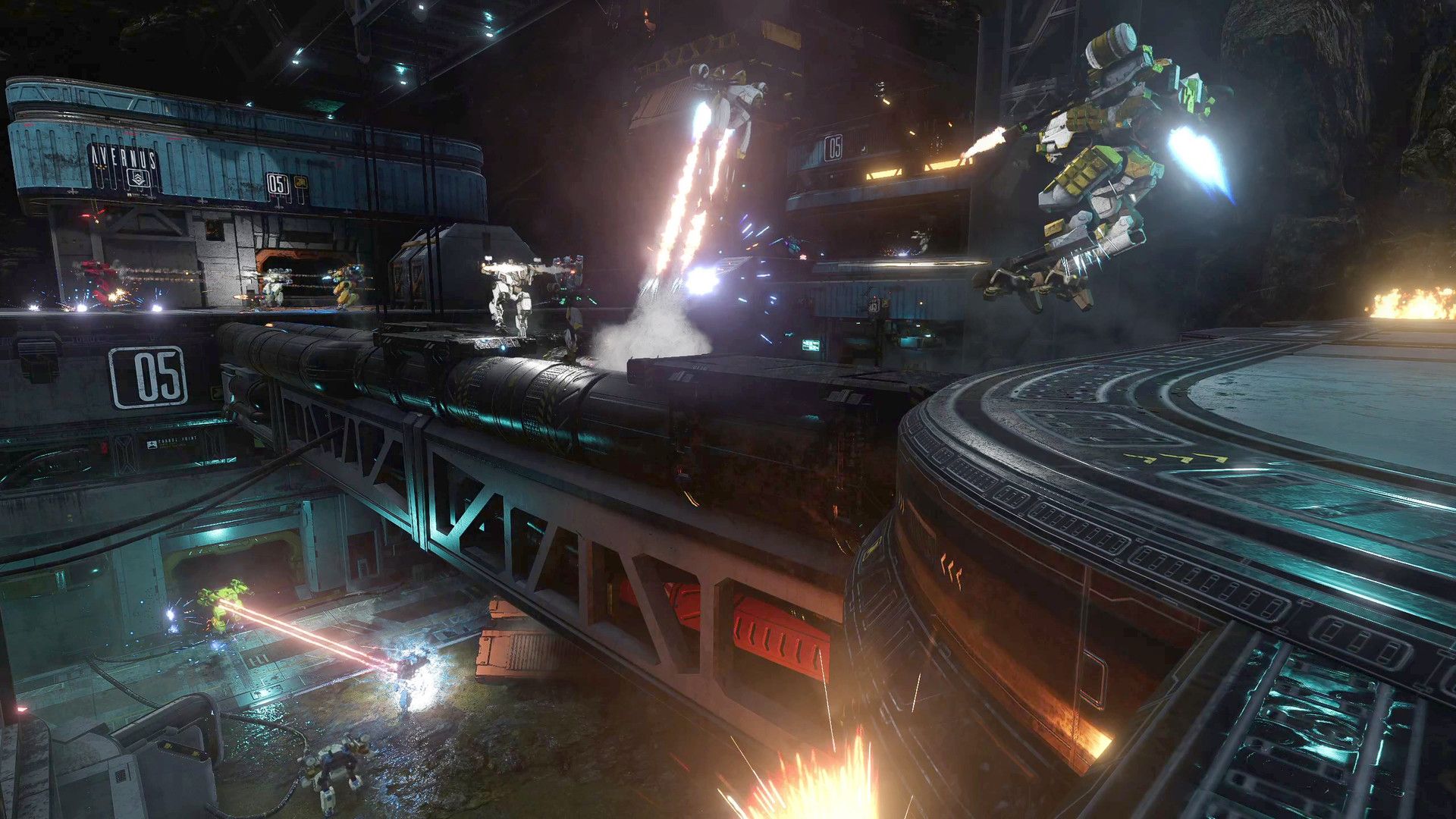 However, taking on an enemy turns into a skill-based scrum. It's not just about who has a better Lance, but also who the better pilot overall is in the end. Knowing when to pop a special ability, such as one that creates a giant EMP explosion around a Lance that deals massive damage, or calling in an Orbital Strike as Arthur can mean winning or defeat. Equally important is knowing where you are on the map and where you an disengage and escape to in case the opponent gets the better of you. So many times I thought I had one of my opponents dead to rights only to see them rocket jump out of harms way and lead me, the dummy who chased them down, to a 2v1 or worse.

Some weapons are good at dealing with shields while others rip through armor, so understanding that and learning how to combine them into the best loadout possible is key in Galahad. But your total loadout, including the pilot themselves are important. Those special skills matter in a battle, and oftentimes I forgot I even had them. One skill saw me leave a trail of fire when I boosted across a map, a way I could have drawn an enemy in and dealt extra damage when I disengaged to get a better terrain advantage. Another skill saw my Lance turn invisible, allowing me to escape. Instead I tried to sneak around the enemy Lance, only to be found easily thanks to a telltale shimmer, and cut down with no effort at all.

Attacking bases isn't as straightforward as you might think, either. Sure, you'll stand near capture points and, erm, capture them. But oftentimes you need to throw down a gun turret to destroy other turrets in the area that are helping to keep the base firmly in enemy control before you can even begin your final capture of a point. However, when you do capture one, your team will start to earn points towards total victory, standard capture the base stuff.

Galahad 3093's deathmatch is more straightforward. You simply team up and take out the other Lancers more than the other team. It's chaotic, fast-paced and most of all loads of fun. It's definitely one that fans of PvP mech shooters should keep an eye on. The early access launch just happened, with plenty of ways to customize and build your Lance the way you want, with a battle pass and more customization options coming. You can check Galahad 3093 on Steam.