Pathfinder: Wrath of the Righteous is a robust game. When a beta test is four full chapters and 60 hours of content, robust may be selling the game's size short. Despite its daunting size however Wrath of the Righteous offers RPG fans of any kind something they're going to love, from multiple combat formats to one of the most insane character creators I've ever seen. I was fortunate enough to have some time with the beta as well as sit in on a presentation with the developers and there's one key takeaway I have from this experience:  I know we're only in a beta here, but this new Pathfinder is more righteous than deserving of any wrath.

Let's start with that character creator, which in all honestly could incorporate 40 of those 60 hours all by itself. Imagine in your mind a certain archetype of character in a role-playing game, and there's a very good chance you can build that character in WotR. 25 classes across 12 races greeted me in my first foray, admittedly overwhelming me in the beginning. The menus are easy to navigate and everything I need to know is explained to me clearly, but the sheer amount of choices I have will make anyone pause.

Do I choose a human paladin and walk the straight and narrow? Even then, what kind of paladin do I want to be? Would a Hospitaler with healing affinities be better than a Martyr? Warrior of the Holy Light sounds cool too...but what if I ditched paladin entirely and focused on a Spirit Hunter Shaman with spiritual powers?

This debate went on in my head for a good while before landing on my first righteous build: Javut Stonecrusher, a lawful good Dwarven Knight of the Wall (aka Cavalier) with bonuses in Strength and Constitution and high skills in athleticism and mobility. He's a nimble noble dwarf...and having written this out I wish I'd gone Gnome so I could say he's a nimble noble gnome. This eternal internal struggle awaits all Pathfinder players, yet I wouldn't have it any other way. 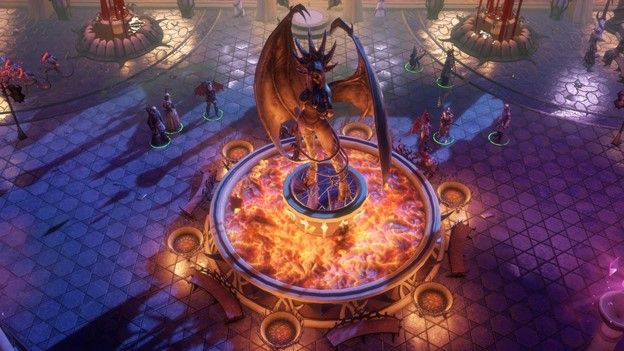 Now that I'm actually in the adventure, perhaps my favorite feature in Pathfinder: Wrath of the Righteous is the combat system; specifically, the choice the combat system gives me. I grew up on japanese RPGs, Final Fantasy and the like, so turn-based combat is more my style. Wrath of the Righteous gives me a turn-based option, and while it's not exactly the same as what I'm used to -- for one thing it's much slower -- it's still in my wheelhouse. The other combat option, real-time combat with the ability to pause for strategizing, is also a lot of fun, and I could see myself using both formats interchangeably.

An adventurer is no good solo in the world of Pathfinder, which means there are plenty of companions to join me along the journey. The game offers 12 companions each with their own personal quests and, depending on my character build, romantic options. My personal favorite so far is Lann, a Mongrel -- half-human half-creature beings that live under the Earth -- who adeptly wields a bow for long-range damage and, whenever I need him to, will punch a locked chest to break it and allow me access to the goods inside. Whenever he does it he says something to the effect of "good job Lann, you're a big help Lann" and it makes me laugh every single time. 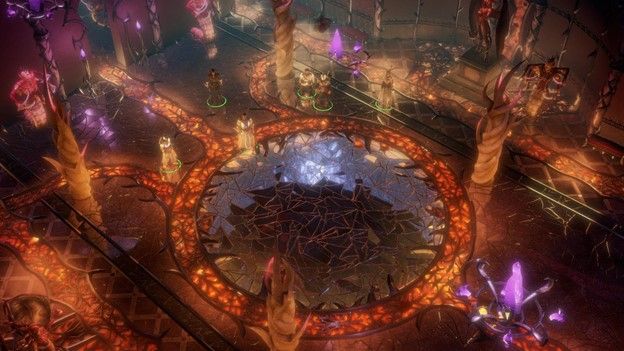 Many of the characters I've encountered so far have distinct personalities buffered by the voice acting behind them. Camelia is a crafty warrior who disarms trap with a sly "I'm a big help, aren't I?" that exudes confidence. Seelah is a brave paladin who proudly charges into battle with sonorous war cries. Even my own character has a fantastic voice in the heat of battle...although my choice of "grumpy" voice makes him sound like Shrek. Seriously, every time he talks I hear the Internet's favorite ogre, not my dwarven cavalier. Nothing against the voice actor, I just can't help but think it.

I feel like I've played the beta for hours, and yet I've still only scratched the surface of what this Wrath of the Righteous beta will offer. There are stunning locales adorned with massive statues to explore, everything from bustling cities to dark dungeons. A dynamic weather system means my exploration of a certain area could differ wildly from a friend's experience. Creatures can be mounted and led into combat, and while I did that with my sabretooth cat the presentation mentioned dinosaurs and showed a massive triceratops getting ready for war. I will not rest until I find that majestic beast, name it Cera, and charge into a group of enemies like it's The Land Before Time.

Pathfinder: Wrath of the Righteous is a massive RPG even in beta, with hours upon hours of content to explore. Creating a character is extremely detailed, the combat flows extremely well whether I'm in real time or turn-based, and the world holds more secrets than I'll ever be able to find. If 60 hours of content is stuffed into a beta, I can only imagine just how huge the final product will be when Pathfinder: Wrath of the Righteous lands this September.

[Update: This preview initially stated Pathfinder would be hitting in June, when in fact it was meant to state September. We've updated the article with this change.]

Tags
rpg
preview
Not So MMO
pathfinder wrath of the righteous