Monster Hunter Rise is the latest entry in the Monster Hunter franchise that launched on the Nintendo Switch last week. Since then, I have been non-stop grinding monsters thanks to the addicting gameplay loop of acquiring new materials, crafting new armor and weapons, and then fighting bigger and badder monsters. After years of playing Monster Hunter World, I was more than ready to experience a new chapter in this acclaimed series. But how does this Switch-exclusive compare against 2018’s hit Monster Hunter World? Here are our thoughts so far on Monster Hunter Rise.

Whether you’re a rookie to hunting monsters or a veteran, there are some new mechanics in Rise that are imperative to learn. From utilizing the new Wirebugs to move around, and the newly-introduced Silkbind attacks reminiscent of Monster Hunter Generations Ultimate’s Hunter Arts, there’s a lot that has been changed from both World and Generations Ultimate. Even as an experienced player, I had to take my time to learn these new systems as they are paramount to the newer, fast-paced flow in Monster Hunter Rise.

A New Hunt, A New Me

Taking a page from Monster Hunter World, the maps in Rise no longer require loading screens in-between zones. The new openness of these areas make Rise feel like the generational leap that Monster Hunter fans have been waiting for on handheld. The textures are much better looking than in Generations Ultimate as well, although they’re still not comparable to World. In addition, several quality of life improvements see their way over as well, like whetstones not being consumable items  and no longer requiring paintballs to keep track of monsters. In fact, Monster Hunter Rise goes a step further than World in a few key areas that improve the quality of life for hunters, including automatically showing where each monster is on the map as soon as you start a mission. 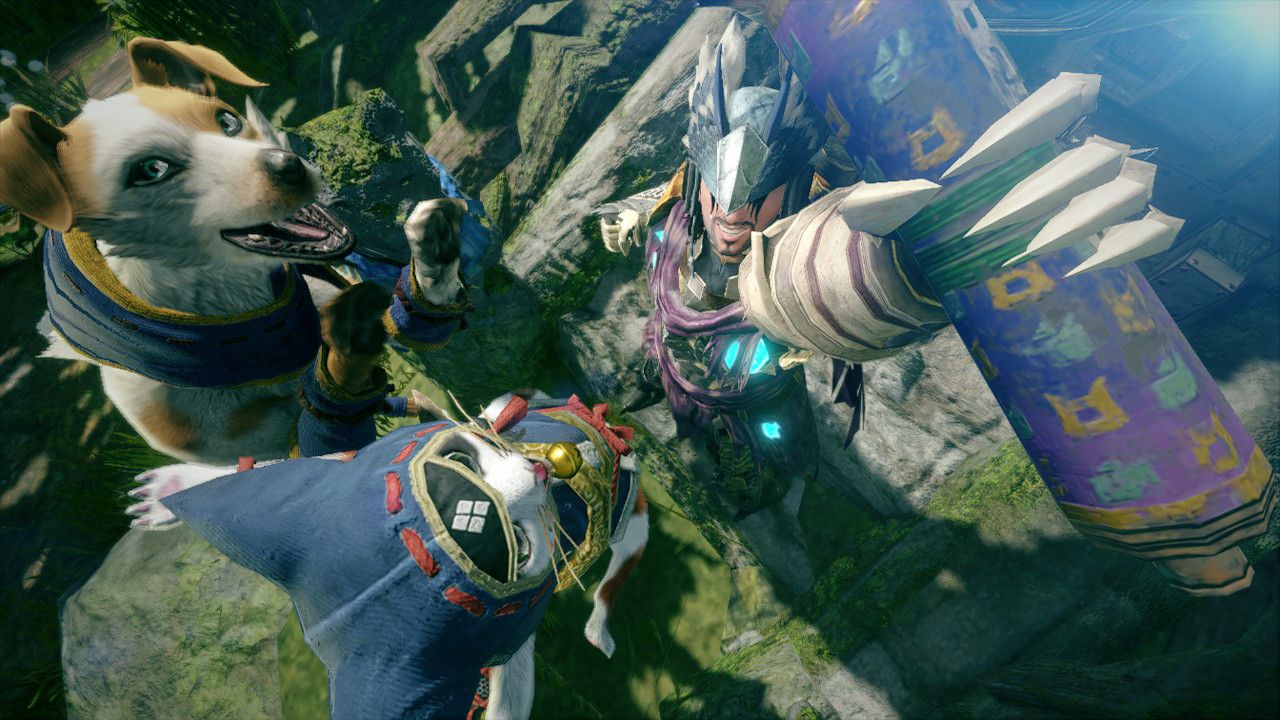 The biggest new addition to Monster Hunter Rise is unequivocally the Wirebugs and, alongside them, the Silkbind attacks that use them as a resource. Wirebugs allow for vertical movement throughout the new open-area maps in Rise when not in combat, but can be used up with your weapon drawn to perform unique, flashy moves outside of the normal attacks called Silkbind attacks. Additionally, you can now save yourself after getting knocked back from a monster with Wirefall, which uses a Wirebug to recover quickly and get right back into the action. Having the Wirebugs as a new resource for both attacking and defending adds another layer to the complexity of hunts without being overwhelming.

Each of the 14 returning weapon types have different Silkbind attacks to try out and experiment with. Over the course of Rise’s story, and as you improve your Hunter Rank, more Silkbind moves become available so you can further customize your loadouts to cater towards different playstyles. Most of the metagame in Monster Hunter involves mixing different armor pieces to gain specific skills and create diverse builds. In Rise, there are even more possibilities for unique builds thanks to these Silkbind attacks. 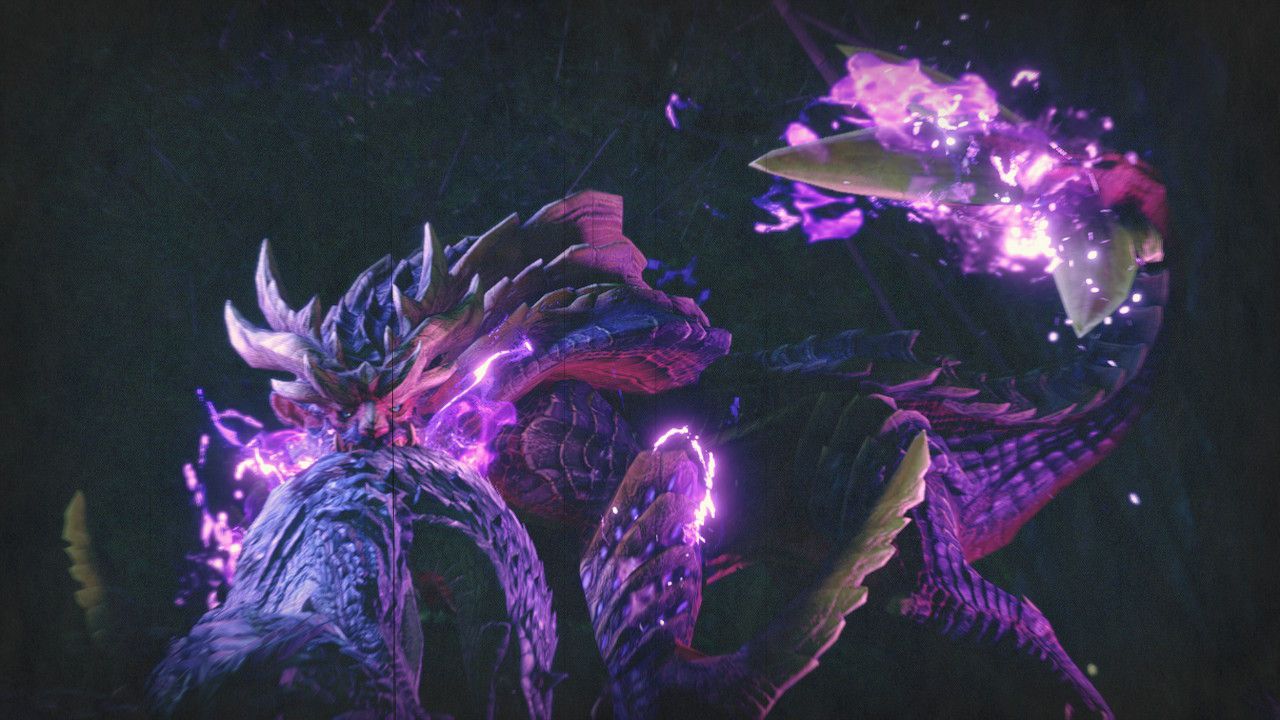 Many of the fan-favorite monsters, like the iconic Rathalos, return in Rise as well as some newer additions, like World’s flagship T-rex look-alike Anjanath. But Rise introduces a slew of new monsters as well, which are all inspired by Japanese folklore. For instance, the Japanese yokai ‘Kamaitachi’ influenced the design of the Great Izuchi and is evident in both the monster’s looks and attacks. The ‘Kamaitachi’ is a weasel-like yokai with scythes for hands, and spins around like a whirlwind. Similarly, the Great Izuchi has scythe-like claws and a scythe-bladed tail and will twirl around like a ballerina of death.

The new flagship monster in Rise is Magnamalo,  a fast and furious beast that introduces a new blight into Monster Hunter called Hellfire, which looks like purple flames coming from its head and tail. These flames were inspired by ‘Hitodama’ in Japanese folklore, which are floating balls of fire that represent the souls of the dead. They give Magnamalo a glowing, ghostly effect known as ‘onibi’ in Japanese. In fact, the entire setting of Rise and the main village of Kamura look like it was pulled straight out of Edo period Japan.

Although Rise isn’t as graphically impressive as World, the special effects like Magnamalo’s glowing flames and atmospheric particle effects still look amazing even on the Switch’s small 720p display. However, when docked and playing on the big screen the Switch’s shortcomings are a lot more evident. Smaller monsters far away will appear choppy, as if they are running at 5 frames per second, but it does improve as you get closer. I’ve had random endemic life, like spiribugs, as well as gathering points for herbs or mining outcrops appear out of nowhere like the Switch couldn’t render them fast enough. It’s a shortcoming that I expect would be remedied by a more powerful Switch console, if such a thing becomes real, or the PC port that is due out next year. 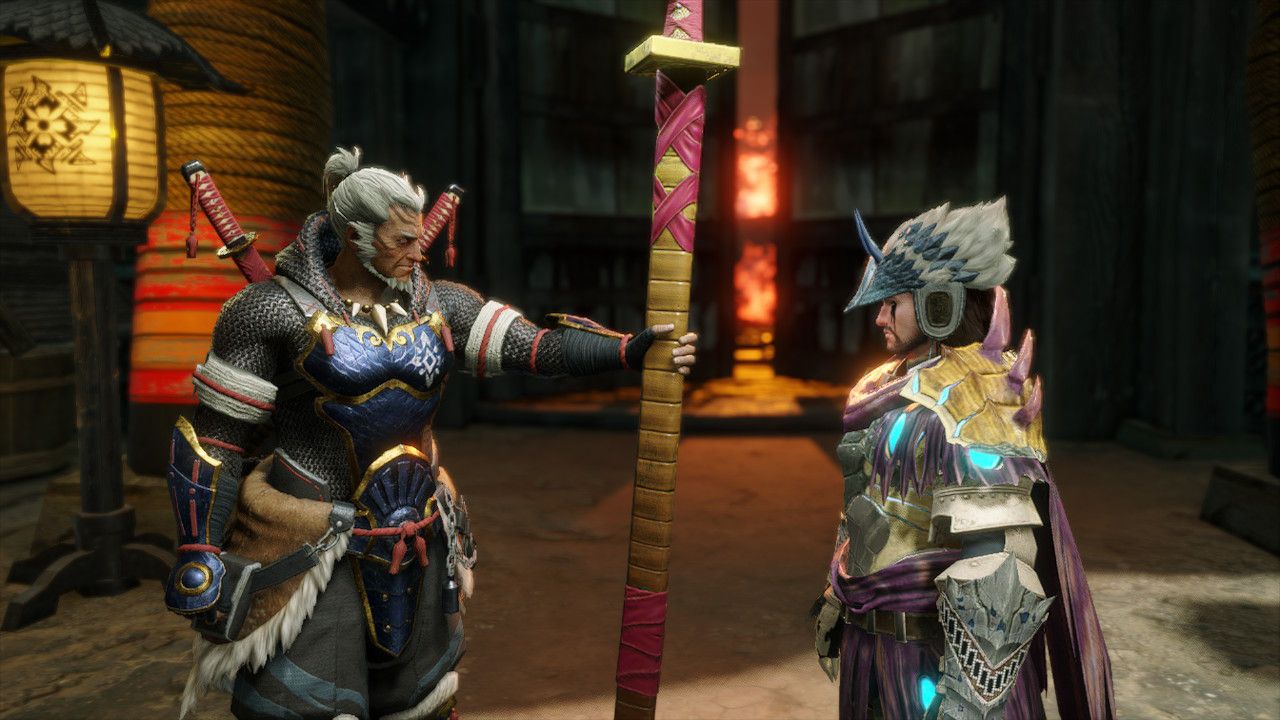 Most weapons received minor tweaks from how they played compared to World, or from Generations Ultimate - the last game the Rise team worked on - but the biggest change is hands-down on the Hunting Horn. In World, the Hunting Horn was one of the least used weapons, based on stats provided by the wyverian in-game. Now in Rise, you no longer have to set up your song buffs by first playing notes in a certain order and then having a separate command to “play” the song. Instead, any two of the same attacks (e.g. X+X or A+A) will automatically play the song to provide the buff to you and any nearby teammates. This makes the Hunting Horn a much more accessible weapon for anyone to pick up and use. 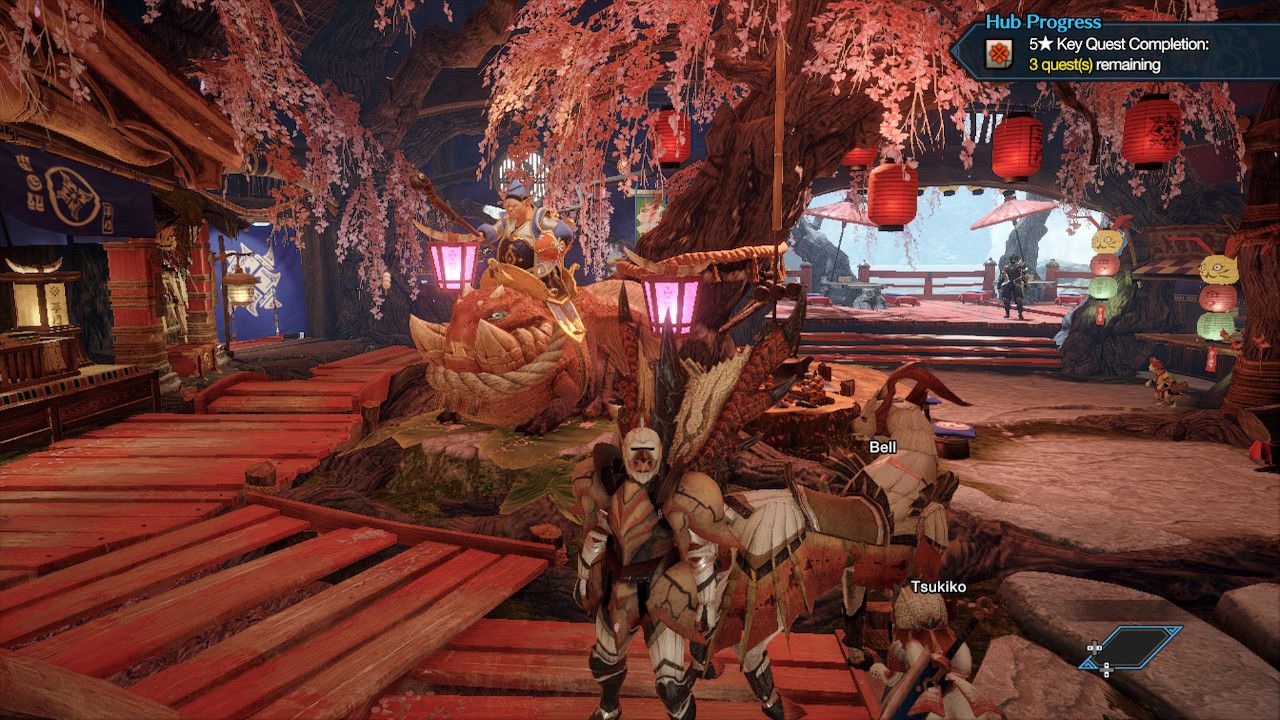 Although the single-player and multiplayer modes are separated again, Rise introduces special license tests that allow you to increase your multiplayer Hunter Rank and skip low-rank and go straight to high-rank missions. Essentially, if you complete the entire single-player story then you will be able to go skip ahead and go straight to high-rank hunts in the gathering hub by completing these license tests. Of course, you can always go straight into the multiplayer hunts as well and go through the low-rank missions first. This feels like a more flexible system to allow players to play whichever mode they want to and still benefit either way.

So far, I’ve spent about 50 hours in Rise going between both the single-player and multiplayer modes. I beat the single-player village quests in about 25 hours, which included me also playing some of the gathering hub missions as well, and the rest of the time has been spent in grinding high-rank monsters to craft better loot. The story continues in the multiplayer gathering hub, but so far I have only gotten to Hunter Rank 6. Right now, the cap is Hunter Rank 7 which is where I expect the story to continue for me.

We already know that additional content, including new monsters to hunt, is scheduled to drop in late April - only a month after launch - and that even more content updates will be coming throughout the year. The April update will also unlock the cap on Hunter Ranks, so we can increase it beyond just Rank 7. With over 30 large monsters to hunt, Monster Hunter Rise is already poised to deliver more content than World did at its launch, although I’m curious to see what the plan is for its endgame content once I get there. Stay tuned for our full review of Monster Hunter Rise coming next week.