X-Men (and X-Force) are the teams I want to assemble most in Marvel Strike Force, but the Brotherhood of Mutants is a close third and is getting a full rollout this month. FoxNext has released some information on how we’ll be unlocking the new team and we’ve been poring over what leaks we’ve been able to find on their kits, but the characters are finally here and it’s time to dig into them!

How to Unlock: Five Brotherhood or X-Men characters at five stars will be required to unlock Magneto in a Legendary event starting at the end of November. 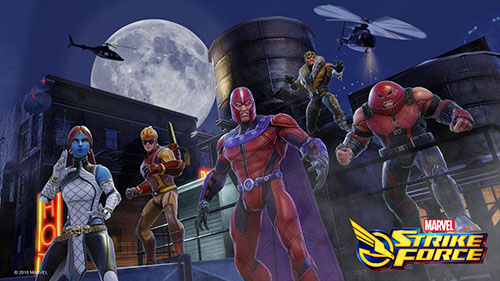 As the leader of the team, Magneto is the piece that makes the entire team work. Most of the Brotherhood characters are decent on their own, but it’s often their synergies with Magneto that will allow them to truly shine. Magneto himself brings some interesting skills to the table, too. He has access to a number of attacks with bonus Piercing damage and the ability to apply Slow, strip all buffs, and apply a new status effect called Disrupted. We don’t have the details just yet, but we believe Disrupted will make a target unable to receive buffs.

Magneto’s Ultimate ability is most notable in that it physically moves other enemies on the field towards the primary target, allowing you to set up adjacency to exploit with moves from the other Brotherhood characters (or even Magneto himself). This ability also deals damage and applies Blind. Both Magneto’s Special and Ultimate are Unavoidable (and the Ultimate cannot be counterattacked).

How to Unlock: Juggernaut can be unlocked via a currently running Campaign Event (you’ll need a Mystic team for the harder difficulties) and a new raid.

Juggernaut is what the Hulk should have been. Juggernaut can both expertly tank and dish out some serious damage. His damage is hooked into his ability to build up Charged. Basic attacks grant him stacks of Charged (up to a max of 4) and he also gains a stack each turn. Once you’ve built up enough Charged, you can spend all stacks on his unblockable Ultimate move which lets him ram through a single target and adjacent targets for an absolutely massive amount of damage (700%!).

I would say that more than anyone else, Juggernaut really depends on Magneto to work. Juggernaut is incredibly slow by default (77 Speed), but with Magneto present he gains 20% of his Speed Bar when he’s hit. His Taunt ability grants him Defense Up for two turns, Immunity, Deathproof, and two stacks of Regenerate. If Magneto is on your team, the Taunt also lasts for two turns. Juggernaut also gains Max Health, Resistance, and 1000% (basically immune) to Stun from his passive.

Another interesting detail about Juggernaut is his ability to carry his momentum from fight to fight, which should be really helpful in modes like Dark Dimension and Raids. If Juggernaut has any stacks of Charged on spawn, the stacks are cleared in exchange for filling his Speed Bar by 40%.

How to Unlock: Mystique can be farmed on Villains node 5-6.

Mystique is basically your Stealth hard counter. Mystique is capable of dealing unavoidable (if Magneto is an ally) AoE damage that clears Stealth, which means she’s able to get past the team-wide Evade that Hand Sentry applies when he grants Stealth to the entire team. The AoE anti-Stealth is huge on its own, but the fact she can get through Hand Sentry in particular is super helpful.

One neat detail about Mystique is that she doesn’t really rely on Magneto to function. Her Stealth clear being unavoidable with Magneto on the team is key if you’re facing Hand Sentry, but she works just fine without him aside from that. She’s definitely better with him around, but she has a more symbiotic relationship with Magneto than anything else as he also gains from her ability to prolong buffs on both him and herself through her passive.

How to Unlock: Currently, you can only unlock Sabretooth via Premium Orbs or the limited time Uncanny Orbs. Later on, Sabretooth will have his own Event Campaign.

Like Juggernaut and Hulk, Sabretooth is what Wolverine should have been. Sabretooth can apply Bleed to the entire enemy team without worrying about needing to crit and his bleeds last for two turns. His ability to apply Bleed to the enemy team is reliant on chaining to other characters, so he can be contained by strategically placing a stealthed character in your line up or through counterattacks, but Magneto being an ally will allow him to bypass the latter. Sabretooth also excels at targeting enemy tanks as he can deal up to 540% damage to a character with Taunt (with 80% of that being Piercing).

Finally, Sabretooth’s passive grants him 5% damage per Brotherhood ally, a 15% Max Health heal per turn, and Deathproof when he drops below 50% HP. Can we just copy his kit to Wolverine, please?

How to Unlock: Currently, Pyro can be unlocked through Uncanny Orbs. He’ll also be available in two Blitzes sometime this month and a paid Offer. Later on, Pyro will get his own Event Campaign. 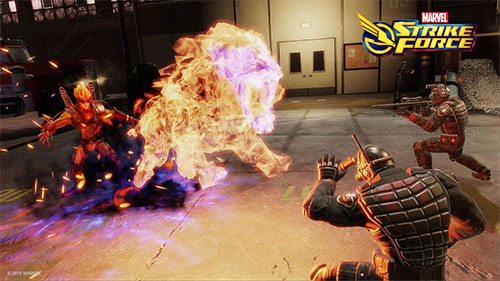 Pyro looks to be a nasty Blaster able to dish out tons of damage to primary and adjacent targets, clear buffs, and apply long lasting bleeds like Sabretooth. Pyro can also apply Disrupted to primary and adjacent targets. Of all the characters in the Brotherhood lineup, Pyro will benefit most from Magneto’s ability to create adjacency scenarios due to how reliant his kit is on targets being adjacent to each other to function optimally.

Pyro’s synergy with Magneto also allows him to clear all buffs from targets, prolong his Bleeds, and apply Heal Block to enemies who drop below 50% Health. Pyro, at least to me, seems like a character you’d want to run with Magneto or maybe not at all. Like Juggernaut, Pyro would just leave too much on the table without Magneto as an ally.

The Brotherhood of Mutants appear to be absolutely terrifying, but without any healing in the lineup, I have doubts about their ability to hang in raids. That said, I’m excited to crush Fury and Friends with the Brotherhood in Arena and Blitz, so hopefully I’m able to fill out the full roster on the first Magneto Legendary event. If not, I’ll have to wait until early next year for the event to return. Either way, the team sounds fun and I can’t wait to get my hands on ‘em.

What’s your take on the Brotherhood of Mutants? Share your thoughts with us in the comments below!