It’s been a minute since the most recent fractal, Siren’s Reef, was added back in January 2019. In addition to being the first fractal in over a year, Sunqua Peak is our first footstep back in Cantha since the Winds of Change missions in original Guild Wars. As such, I was excited to get a first look at this new fractal last week, mainly because, for me, this was my first opportunity to see any of Cantha since I did not play Guild Wars. After hearing about it for so long, and knowing the next expansion will take us there, I’m excited about this first tease.

Aside from this first look at Cantha, I’m also happy to see the general mode of most fractals/dungeons turned on its head a bit. Rather than blazing our way through killing things left and right, we are asked to render aid to elementals in the area. Yes, we fight them, but we don’t kill them, which is a nice change. Mechanically they are there to teach us the mechanics of the fights we’ll need in the end. Storywise, that’s their function as well. There’s something hidden away at the top of the mountain, and we need to prove we can handle it. 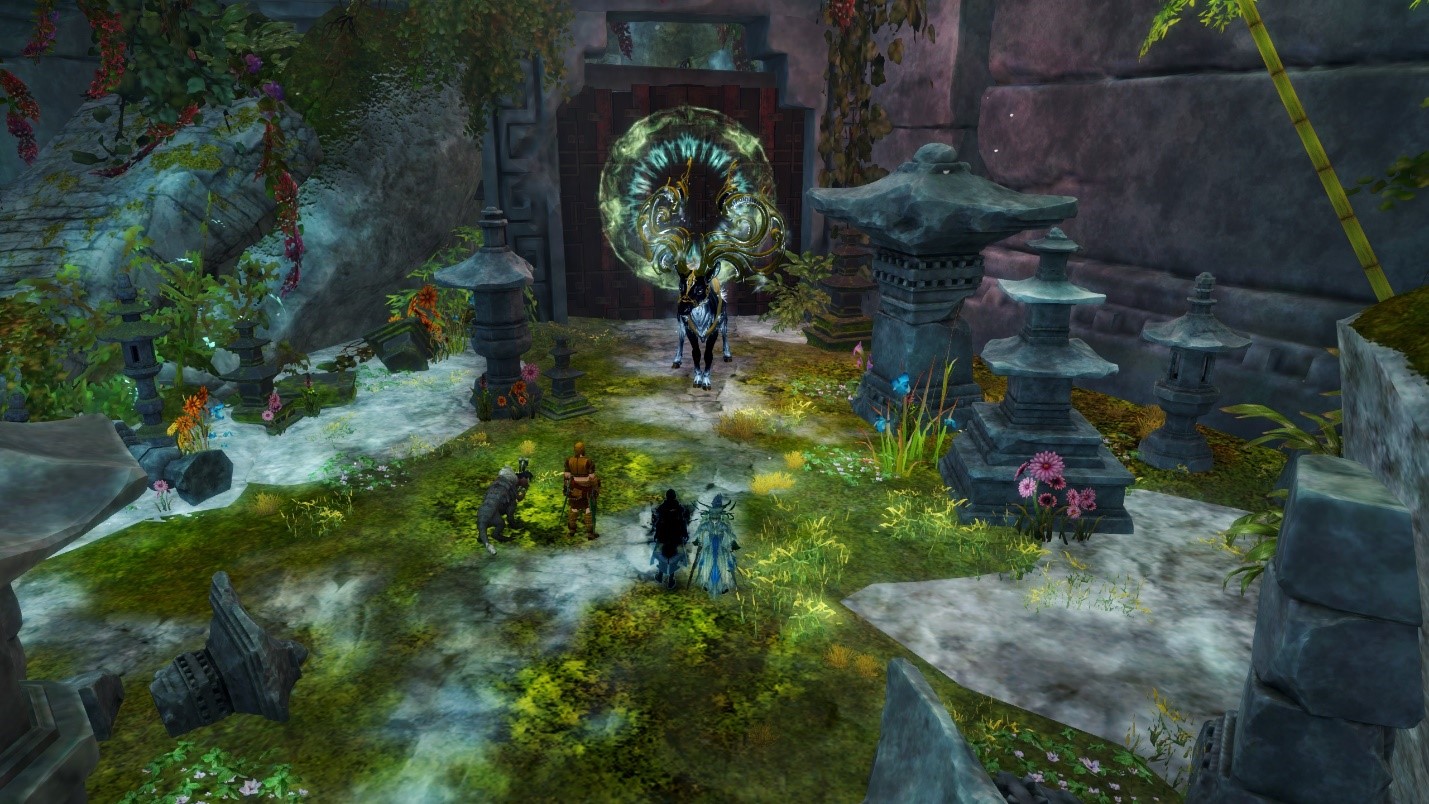 Without delving too much into the story, it’s better to find it on your own; this fractal deals a lot with themes of pain and growth. It’s a perennially relevant theme, and for me, the timing seems particularly relevant. I’ve been in a more meditative state lately, and I’ve realized my greatest growth has always come after some of the most profoundly challenging and painful experiences of my life. Seeing how this theme fits into the underlying story of the fractal will be interesting. For anyone who wants a new fractal to do and doesn’t care about the story, don’t worry; you won’t be forced into it. There is a fair amount of dialogue during the fractal, but it’s all quick and easily ignored for the most part.

There is a full challenge mode for Sunqua Peak, but to unlock it, players have to find some letters which are hidden around the fractal. For anyone interested in the story, these letters explain everything and set the stage for what the final fight is. Since it’s expected that if a player cares about the story, they will have read the letters and played through the fractal at least once, all of the story dialogue and mini-bosses before the final boss are skipped in challenge mode. Players will be taken directly to the last fight. I’m sad we didn’t get to preview the final boss fight, but we were told there are quite a few surprises in the challenge mode as well as all the usual bits players expect from this mode.

Lastly, the new rewards added along with this update are also incredible looking. As seen in the recent Guild Chat, the abyssal weapons all look stunning and have a shadowy feel to them. They also all have a cool black a purple trail that has a bit of persistence too it. If you’re looking for dark and brooding weapons with some flair, this is an excellent set to collect. Additionally, there is also a new Abyssal Infusion available, which made my character look like he existed in a giant shadowy cloud. I was not fond of this infusion because it obfuscated how my character looked too much, but I’m sure a lot of people will probably be thrilled to see this option.

Overall, I had a blast in Sunqua Peak, and I really enjoyed all of the fights and how everything came together. I’m also very much looking forward to learning more about the story behind everything and finding some of the hidden gems I am sure exist. Also, I can’t wait to check out the challenge mode here. Overall, it’s a solid update and well worth a look, even for players who don’t usually go into the fractals.