A couple of weeks ago, I shared some of my experiences while participating in an End of Dragons preview tour with ArenaNet. Today I get to finally talk about the rest of what I saw and was told during the tour, so strap in for all kinds of new information.

If you tuned into the recent livestream, you will already know a couple of things about Jade Bots, but they didn't go into much detail. There are three main things to know about Jade Bots: they are a mastery line, have unique map interactions, and take up a new equipment slot on our characters. As a mastery line, we'll initially unlock these bots' base level and then further increase their uses/and unlock new ways to use them.

The new jade ziplines are the most flashy and exciting of the new bots we were able to play with during the preview. During the livestream, we saw this when they rode on the disks suspended between two green beams of light. These can be ridden up or down and provide players with a brand new way to traverse the maps. Rather than players being able to set up ziplines willy-nilly wherever they want, it seemed like there will be certain spots in maps where players will interact with the machinery there if they have this mastery line completed. As much as I wish I could just set them up wherever it's probably better not to have quite that much freedom with it. Nonetheless, riding on these ziplines was a ton of fun, and I foresee myself running around maps and hopping on ziplines to see where they go the same way I did with the Jackal portals in PoF.

One bot that wasn't shown off in the livestream is the Jade Bot terminals set up in New Kaineng City. These bots are cool little drones we could fly around and view first-person from, which opens all kinds of new ways to view maps and take cool screenshots. Since GW2 has no true flying in it (although you can hover on a skyscale, you can't take first-person screenshots while mounted), the terminals will also give players a brand new way to capture unique screenshots. I'm honestly already thinking about all the spots in old maps I want to visit and explore via a Jade bot terminal; it's a unique way to explore the spaces around us. 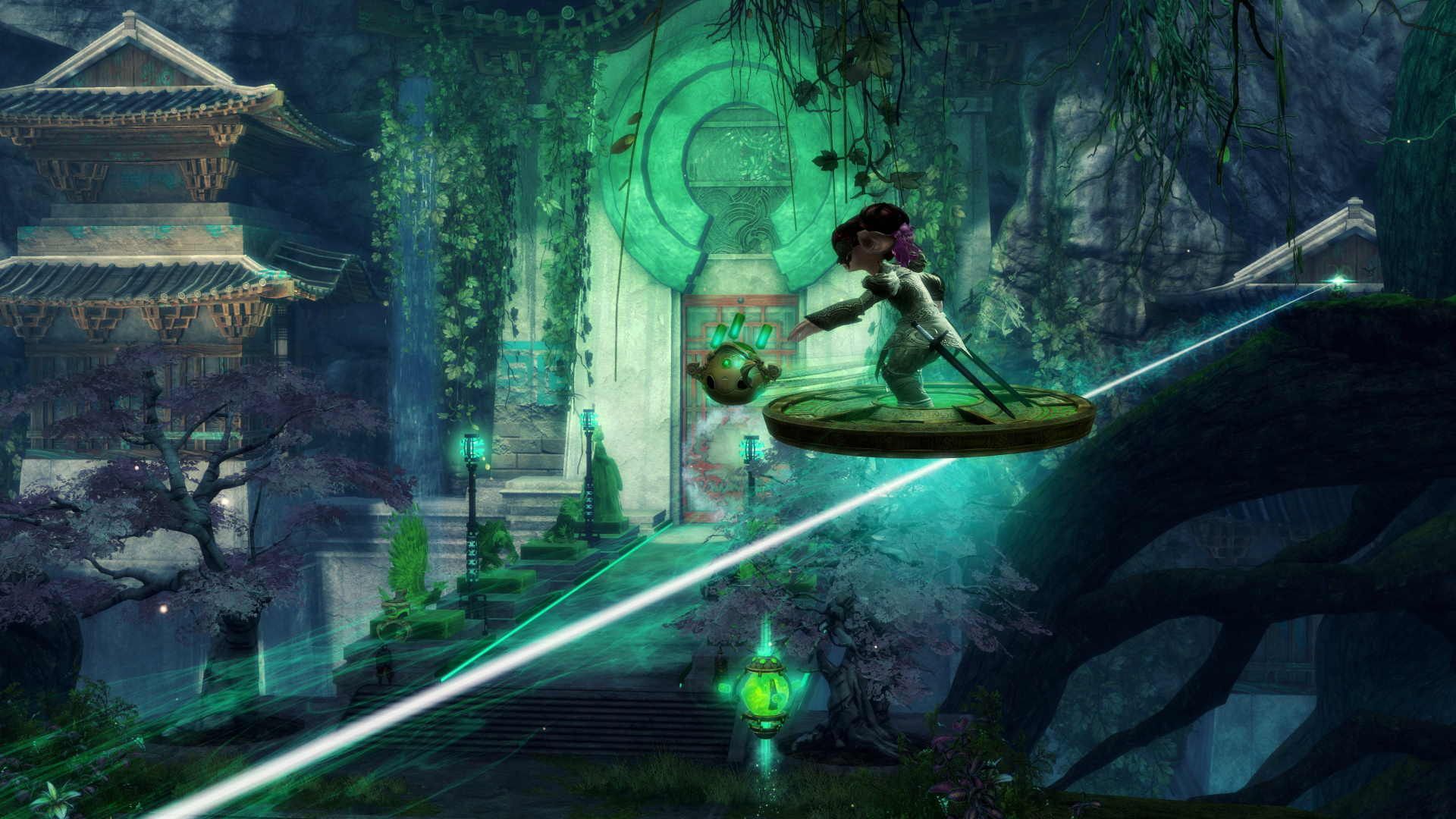 In addition to the ziplines and terminals, we were also told about three other Jade Bots players would have access to in EoD. The last three are glide boost, personal waypoint, and revive bots. Although I didn't have the chance to experience these, we did discuss some of how they would work. The gliding boost and revive bot are two that we were given a brief glimpse of in the gameplay trailer. However, they went by so quickly most people probably didn't realize what they were seeing. The boost seems to work like a localized updraft helping you keep more altitude while gliding. The revive bots seem similar to revive orbs, except they may only get you up from downed instead of fully dead. However, the personal waypoints appear like they might have the most capacity to upend how some things have worked in GW2 since it was first released. From what was said during the preview, players will have the ability to set these up in any open-world map.

How do we access all these cool Jade Bots? Well, after the associated mastery line is unlocked, you'll have to equip which one you want to use. Similar to mounts and equipment, there will be a new tab on the Hero menu that will allow players to equip the jade bot they want to use. I didn't have to change any equipping during the preview to use ziplines and the terminals, so you might not need to have those bots equipped. It would make sense to use the personal waypoint, revive bot, and glide boost to require them to be equipped.

As someone who never made it very far into Guild Wars, New Kaineng surpasses everything I could have possibly expected from this city in every conceivable way. I only was able to experience the city from two minimal areas, with amazing views. For anyone hoping to see remnants of the old city they knew before, you might catch glimpses here and there, but almost everything about New Kaineng is new. The tidal wave that arose when Zhaitan woke wiped out pretty much everything, so what we see now has been built in the last 116 years. Which is a long time, but it also feels like not nearly enough time for everything I saw, even in the small glimpse I got.

There are immense amounts of verticality; literally, everywhere I looked, there were areas at multiple levels asking to be explored. Whereas Lion's Arch felt like it was rebuilt in a very corporate and designed way. (although there's also a ton to explore there as well), New Kaineng feels far more organic in its growth and- well, less clean. It felt like an actual city that could exist. Assuming, of course, we could have holographic whales swimming around and ziplines to quickly get from one level to the next. 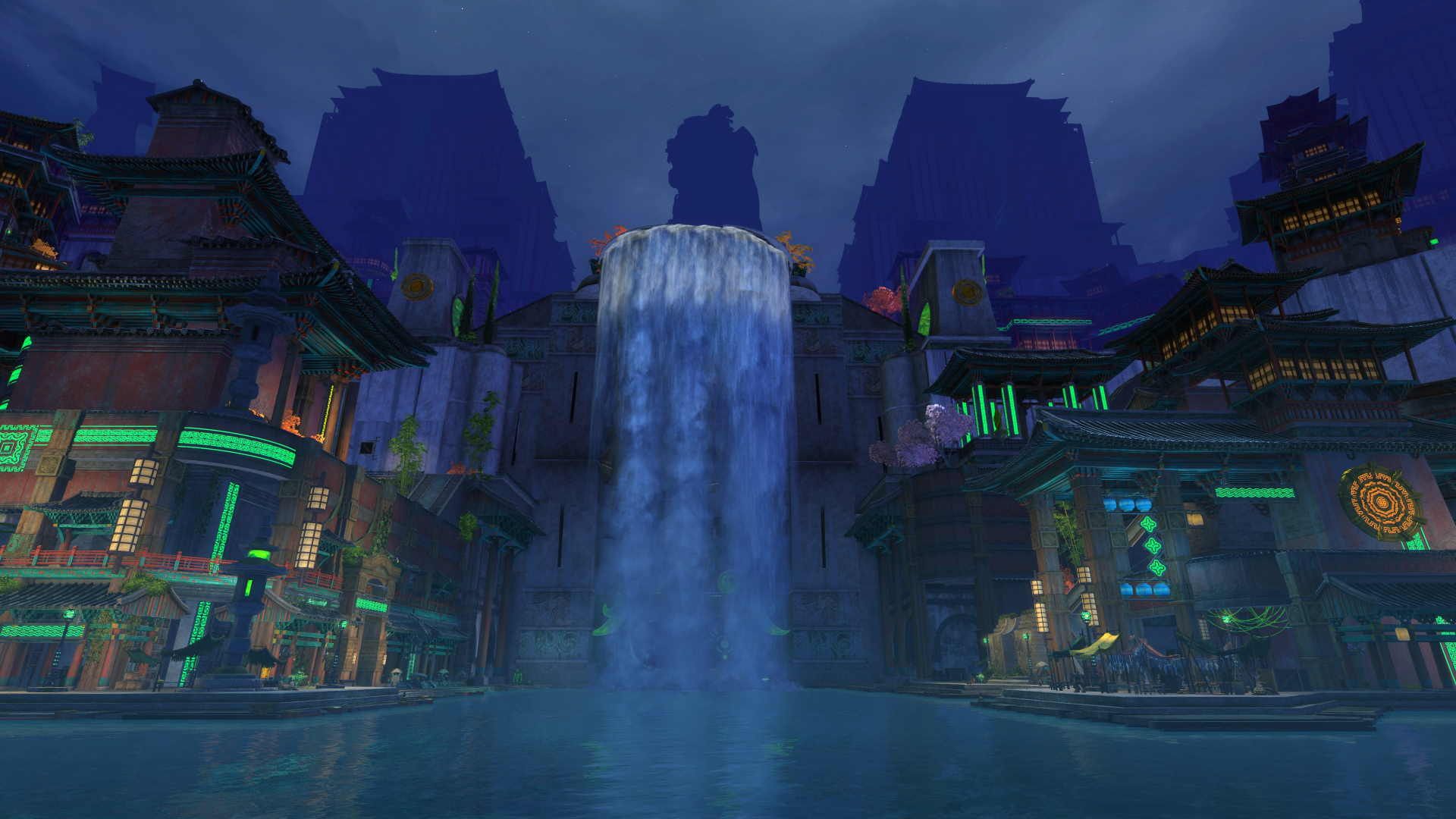 All of this is in addition to the fact that New Kaineng is a city that will change over time as players progress through the story. This is exciting because maps being "time-locked" is one of the few things which has been consistently frustrating in GW2, as it keeps it from feeling alive. It'll be interesting to see how things change in the city as I progress through the story. Hopefully, this isn't relegated to just different events happening throughout the city depending on the story, but also different NPCs where it makes sense or other actual changes in the city would be phenomenal. Additionally, if this concept continues in the various story seasons after EoD, that would be even better.

With the full preview done, I can honestly say I can't wait for the launch of End of Dragons on February 28th. Even if I don't push through the story as soon as possible, just wandering around the new maps and training up the masteries is sure to be a blast.