Free Fire is celebrating its 5th anniversary this month, and as part of the festivities, publisher Garena is announcing its 6th battle royale map to hit the mobile multiplayer shooter: NeXTerra.

Free Fire is a third-person, multiplayer battle royale shooter on iOS and Android devices, though it has other modes than just the royale. Free Fire is actually the world's most downloaded mobile game three years running, according to Data.ai. And it makes sense, as it's easy to jump into, easy to learn and play, and doesn't really take up too much time while doing so. It's a pretty solid mobile shooter, especially if you're looking to just kill some time on the bus, train or on a break and don't have time for a full match of PUBG, for example.

To celebrate its 5th anniversary, Free Fire has been going all out, including hosting a Justin Bieber concert in-game (a change of pace from last year's Las Vegas party), new content, character, and more. Coming with the anniversary celebrations is a new map, NeXTerra. 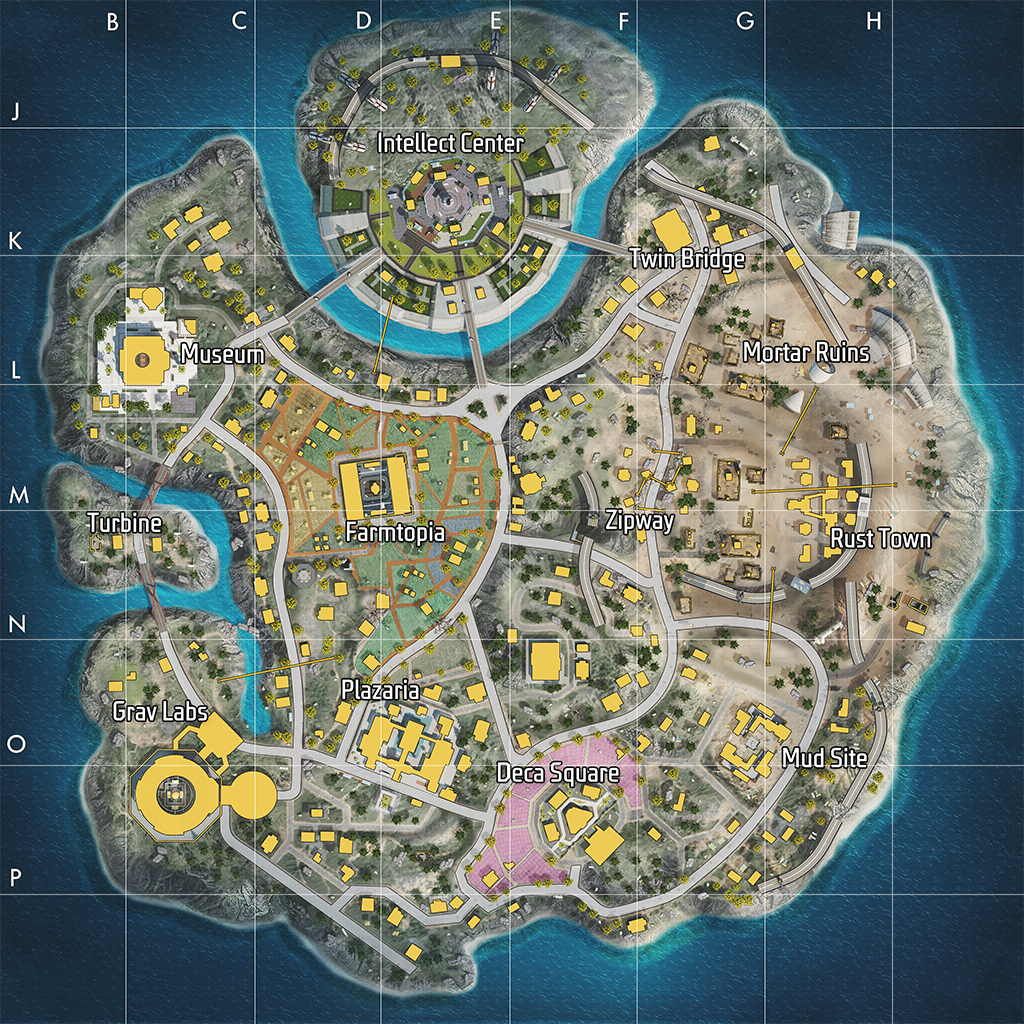 The 6th battle royale map in Free Fire, the developers are looking to evoke a tech-focused, futuristic vibe in its design aesthetic, while providing a number of unique experiences depending on where you end up dropping. Garena gave us a glimpse at some of the locations coming with NeXTerra, including some that will feature unique gameplay opportunities.

The look of NeXTerra is definitely screaming that tech future vibe, from buildings made with cold, clean steel to a world that seems intent on automating everything from shopping to farming. The various regions of the map all have a distinct theme that play a part in the whole, with some sporting unique mechanics to throw players off their game and keep them locked in.

On such location is Grav Labs, a science laboratory with a planetarium in the middle. This planetarium actually has low gravity, meaning players will be fighting while able to perform moon jumps, propelling them to higher heights during combat.

Deca Square also leans into this tech future vibe by having its own traversal system: portals. Players can use these portals to move around the area, getting the drop on anyone who may not be suspecting it. Learning the placement of these ports and where they go is key to surviving a firefight here in Free Fire.

Speaking of being mindful, Mud Site is your regular old construction site, though unlike in some other areas of NeXTerra, where players will need to be cognizant of destructible cover. Choosing to hide somewhere might not pay off in the long run, while you'll also need to remember that just because someone hiding behind a wall, doesn't mean they are untouchable.

Plazaria is one of the more bland areas compared to the others, as it doesn't really have any wacky mechanics to remember. However, it does add some verticality to Free Fire as players can move around the area on raised, interconnected platforms. Museum adds some cat-and-mouse-like gameplay options with its glass walls, assuming you decide to fight indoors.

There are a few more locations in addition, such as the futuristic-looking Farmtopia and the run-down Rust Town. The new map aims to bring a change of pace to Free Fire by introducing these areas with new, interesting mechanics that change up how you approach a location. Instead of there being just buildings to hide and take cover, having to think on your toes about portal travel, low gravity, or which cover will be destroyed, for example, adds another element to the moment-to-moment gameplay.

This next update hits Free Fire on August 20th, on Android and iOS devices.