Even in its Early Access state, Crate Entertainment’s Farthest Frontier may have spoiled me for other city-building games. It’s not that it’s perfect or revolutionary, but it brings together some of the best parts of other games from the genre and blends them into a fun and accessible, yet deep, experience.

If you’ve played Age of Empires, the setting and atmosphere will feel familiar to you. Large forests, mountain peaks, and sprawling lakes are randomly generated each time you play. You can choose how big of a map you want to play on, the difficulty and resource levels, and how much combat you’ll encounter. But compared to Empires, the game almost feels a little too simple when you first get started.

In order to get your villagers started on collecting resources, all you have to do is press “H” to bring up the Harvest Menu, then click and drag the left mouse button across the screen. It automatically highlights trees, stones, bushes and berries, which sets your villagers to work gathering those items. That’s it. No individual clicking on specific areas you want your villagers to focus is required.

But it’s here where the experience starts getting deeper. Yes, it’s super simple to get your villagers off to work. But by manipulating the items that are selected in the Harvest menu, you can focus your villagers’ efforts on specific resources (like wood or stone). But that’s not all - you can even assign additional villagers to work in certain buildings to increase production rates. 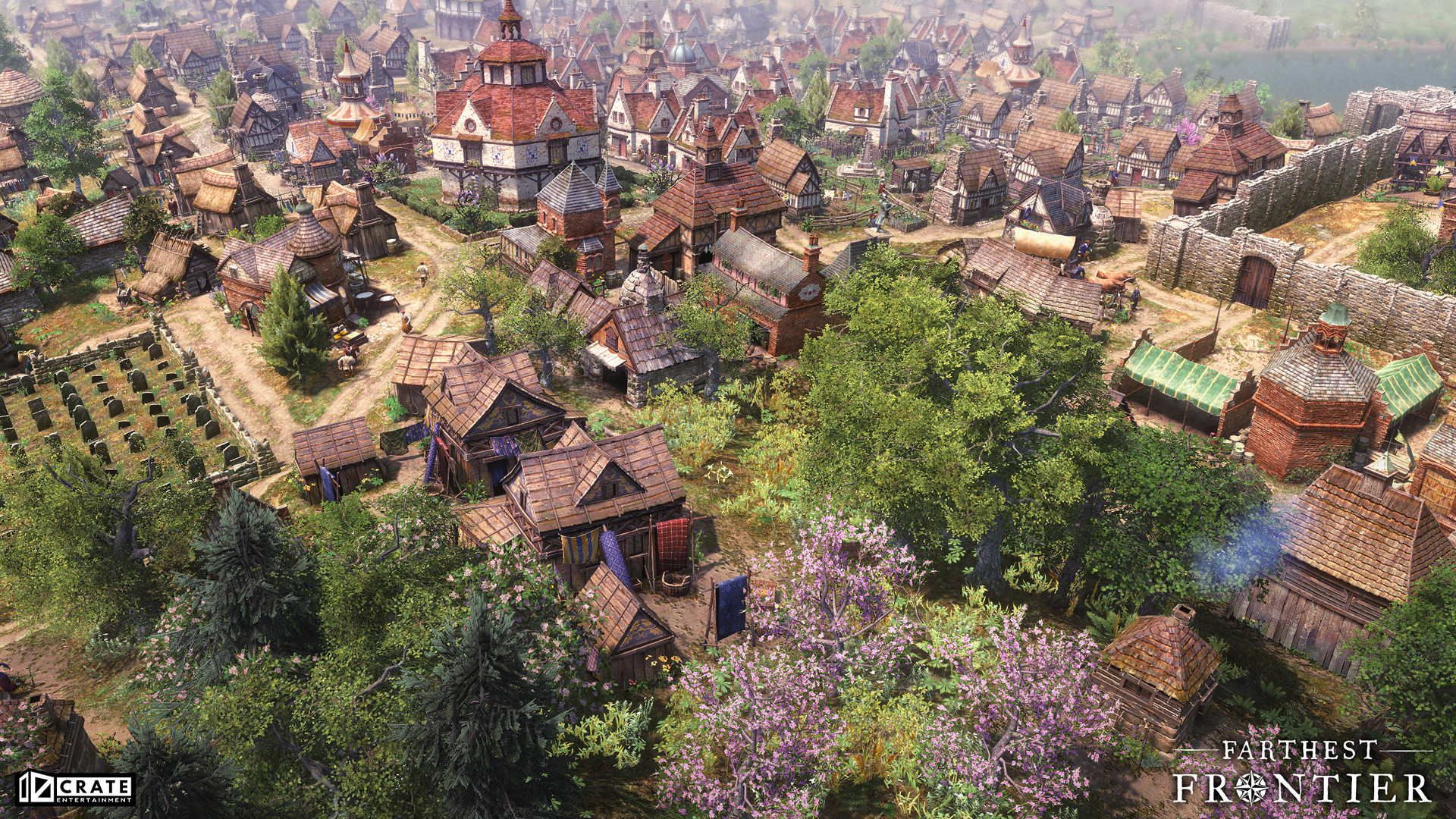 For example, once you build a saw pit, by default one of your villagers will begin working to cut logs into planks for construction. But you can also assign another villager with a single click. Other buildings have even higher capacity, allowing you to get more villagers to produce certain items. It’s not required to assign more workers, it really just depends on what your priorities are for your town. You can even pull up a separate menu to manage your villagers’ professions, giving you a great overview of how many workers you have doing certain tasks.

Where it gets tricky, though, is when your population begins growing faster than expected. Babies will be born and villagers from other lands will ask to join your community. But if your population grows too fast, you’ll soon run the risk of not having enough food or firewood, or water for each house. And once winter comes and farming ceases until spring, your villagers will burn through your food storage quickly and some of them may die due to the harsh conditions. In one of my earlier playthroughs, I lost all 20 of my villagers in the first winter to a combination of food shortage and not enough firewood.

If I’ve learned anything from my roughly 20 hours in the game so far, it’s to resist the urge to grow too quickly. You may want to consider turning away some potential immigrants, keep your buildings close together, and focus on the essentials like firewood, water, and food. That’s not to say that this is the only way to play. I’ve had some success building a sprawling village, adding housing like it was a buyer’s market, and rushing to build as many facilities as possible. What makes this work (and can also be your downfall) is that you can essentially “build on credit.” You can lay the plots down without having enough resources, and as you gather those resources over time, villagers will eventually get to work on construction. You can even tell your workers to “prioritize” certain construction projects, pushing it to the top of the queue. But beware, if you try to expand before you have enough workers, they’ll be spread too thin. This means that if you’re not careful you might hit winter before you’ve produced any firewood (among any number of other shortages).

Unfortunately, Farthest Frontier’s performance isn’t in tip-top shape. In my experience, load times have been ridiculous. Every time I boot up the game the “loading” progress bar hangs up in one specific spot for minutes at a time. Even closing menus, laying plots, or transitioning from one year to the next can cause the game to freeze for a few seconds. It’s jarring enough that every time it happens I worry my game may have locked up. It never does, but it’s frustrating and distracting all the same. If I were to “prioritize” Crate’s workers on anything, it would be those loading and continuity issues. The game itself has enough there right now to provide fans of city builders a fun, unique and fresh twist on the genre. But as I sit waiting for the game to load or struggle through multiple glitching menus, it’s too easy to just Alt+F4 and go play something else.

Steam Deck note: I would highly discourage you from playing Farthest Frontier on Steam Deck at this time. Control schemes haven’t been implemented, so while you can play it, it’s clunky, unintuitive, and you’ll spend most of your time tapping the touch screen (which isn’t as pixel-accurate as most tablets, making it frustrating). The frame rate also suffers, and those loading times and menu hangs I mentioned earlier are even worse. Assuming all these issues get ironed out at some point, I would absolutely play this game on Steam Deck. It’s just not ready yet.

But as it is, Farthest Frontier is in Early Access, so no one should be surprised to encounter issues like this. Just know that for $29.99, you’re not getting a complete, polished product. But this build isn’t just a shell of a game, either. It’s fun, deep, and I find myself thinking about it and wanting to play it throughout the day. There’s still much more for me to see and a lot of work left for Crate Entertainment to do, but there’s enough here to be excited about, and I can’t wait to hop back in.