Fae Farm aims to be a cozy farming sim in a world full of fantasy flair. The second outing by developer Phoenix Labs, the team is building a multiplayer sim that lets up to four players farm, explore and quest in a laid-back world.

In a preview earlier this month, Fae Farm's game director Isaac Epp and Phoenix Labs' Director of PR Bob Colayco took us through a vertical slice of the upcoming multiplayer farm sim, giving us a glimpse at some early gameplay.

The world of Fae Farm looks a lot like many of the cozy farming and town building sims we've seen crop up over the years, from Stardew Valley to Animal Crossing New Horizons. It's a top-down, isometric sim that lets up to four players build a farm, complete quests and explore the world of Azoria. Players will work together to build up their own homesteads, work with the villagers in the town they are in, as well as explore Azoria's dungeons to gain more power, if that is how you decide to play.

According to Epp, you can play however you want, whether it be with three other friends or just some "calm time on your own."

The demo started with the team showing off some of the basic farming and harvesting activities, where you'll plant crops, cultivate them, and harvest them, or just grab some lumber for your next project. Thankfully, one of my biggest issues with Stardew or Animal Crossing is handled here in Fae Farm: No tool switching. 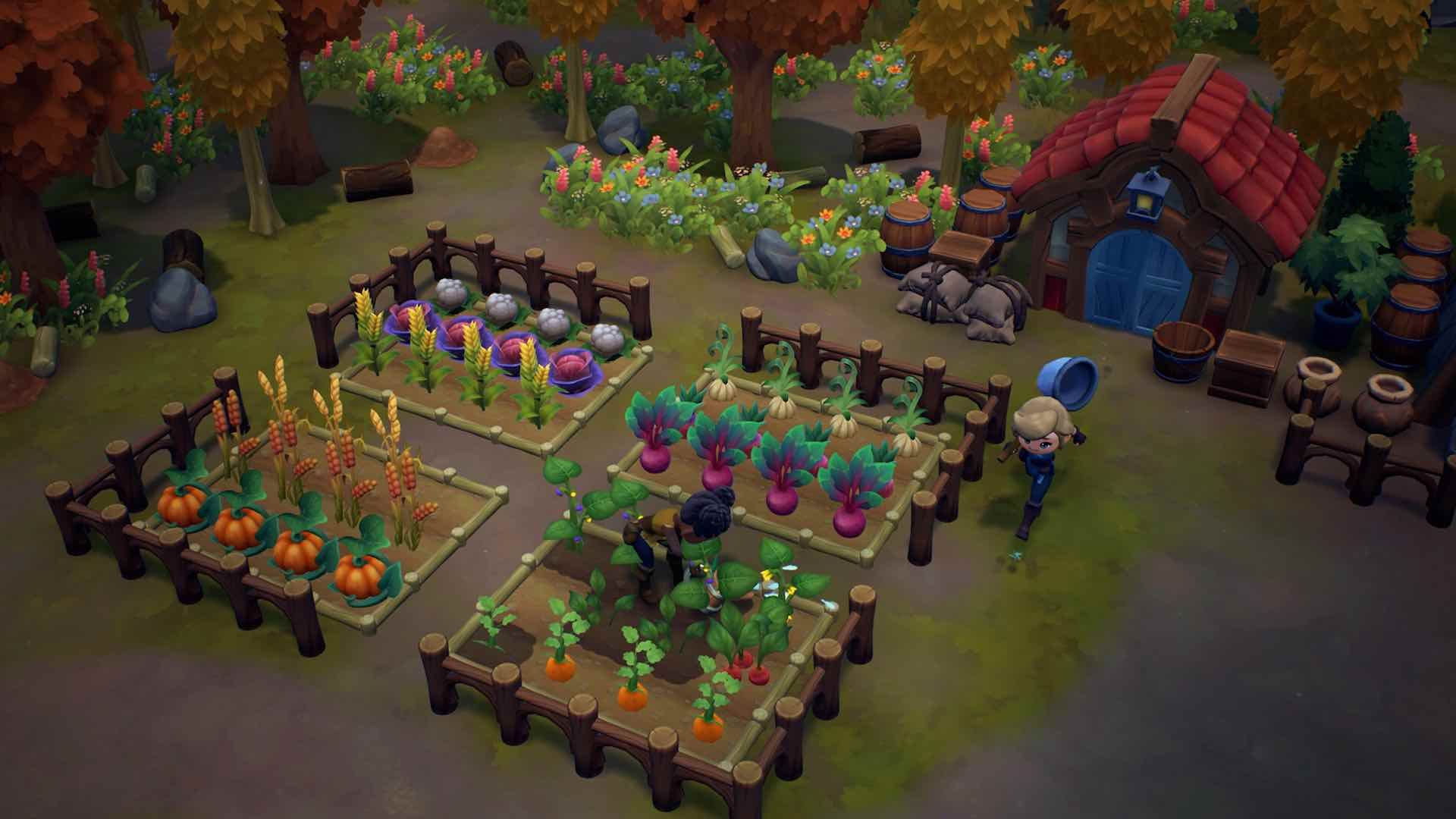 Instead of needing to fumble around in your bag for the proper tool you'll need, whether it's watering your crops or harvesting stone, or even fishing. You'll just have the right tool for the job when you're next to the resource you're working with. It's a nice, and very welcome touch indeed if it works as advertised.

The demo showed off a market square, where you can sell items by propping them up on the market table in the center to be sold the next day.

However the world of Fae Farm isn't just that initial homestead and town it's part of, rather you can also later on in the title travel to what the team calls the "Fae Realm," complete with ethereal tendrils and mists rising from the ground, a purple-heavy color scheme, and lets you eventually learn the magic system in the game. 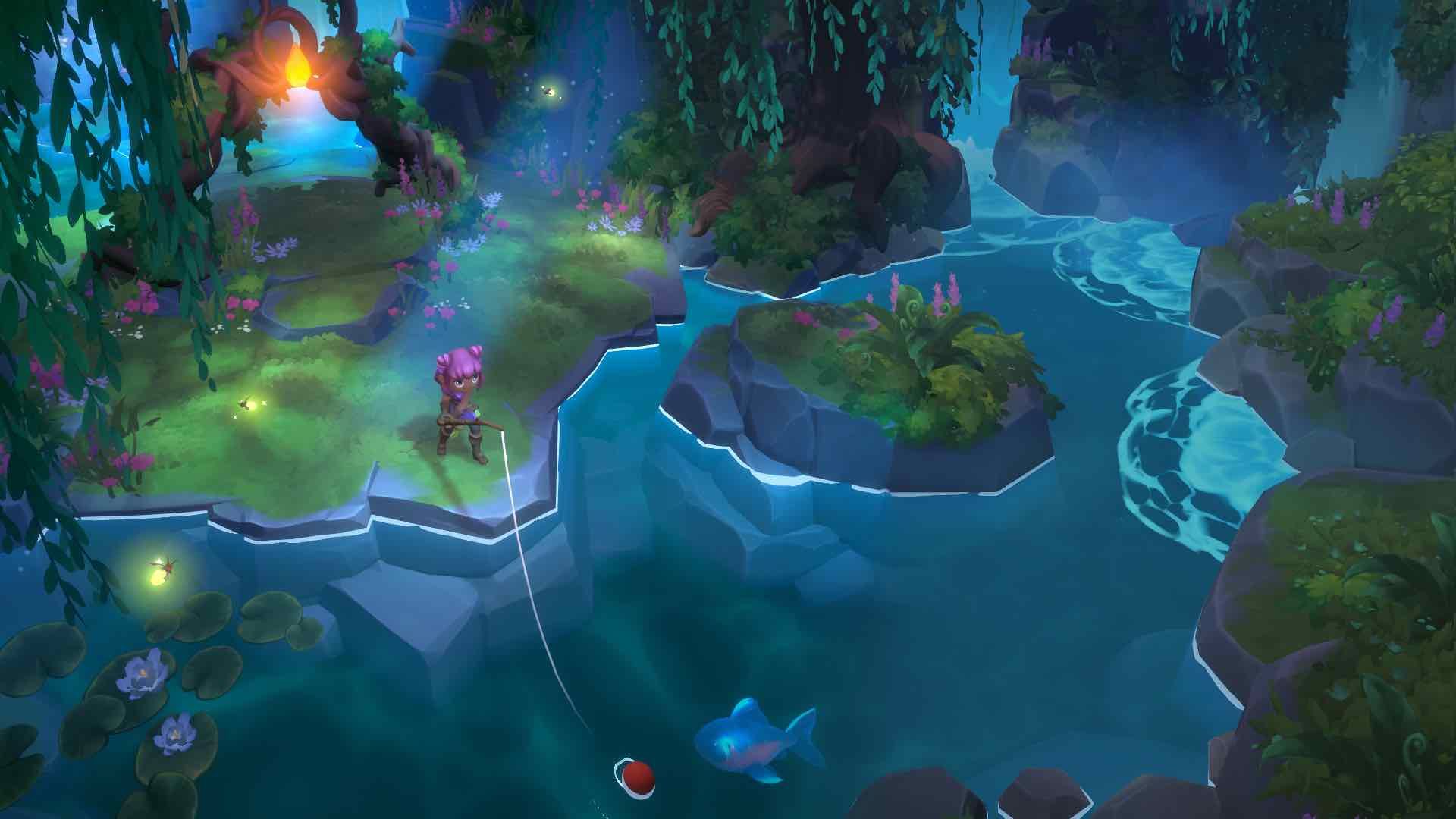 The Wand itself is an incredibly important item in Fae Farm, where it's used in combat to sling spells, but also used when working on your homestead. The Wand lets you, for example, summon a water splash that waters up to 9 crops at a time, making workloads when homesteading much swifter, or a Mega Slam to mine more quickly. Also acquired were the Fairy Wings, which allow players to double jump in the game world, giving some extra verticality to your exploration (and it also just looks fun).

While Fae Farm is billed as a cozy farming sim, this doesn't mean there isn't any action either. Dungeons in Fae Farm house some of the rare materials you'll need to build up your homestead, as well as learn more skills (such as the aforementioned Mega Slam). 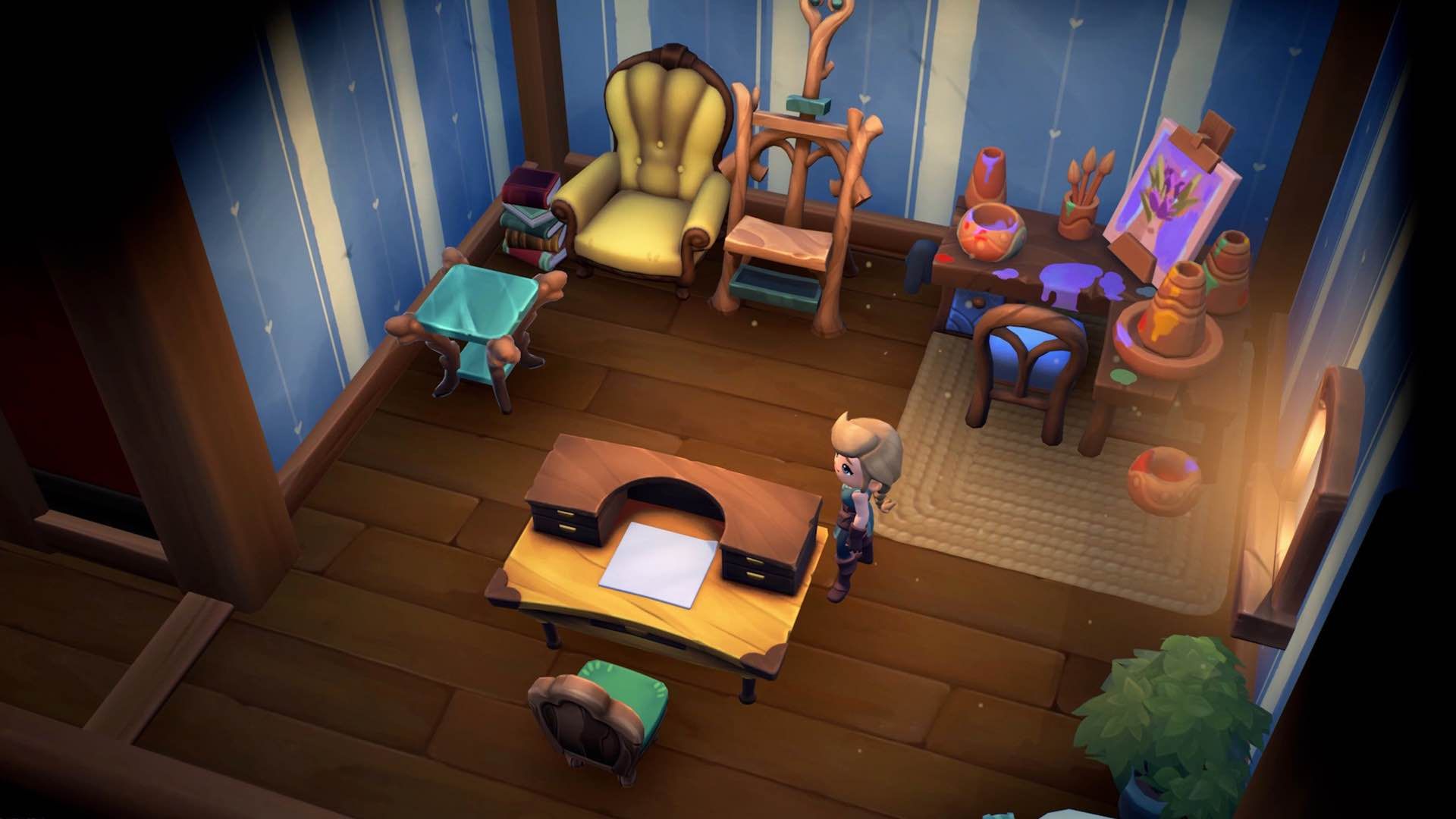 Fae Farm isn't skimping on the cozy, though, with its own coziness system that helps to create the best environment for your digital avatar. As the team described it, the system involves items in your homestead that contribute to your character's overall comfort and relaxation. These coziness scales will help to raise health and stamina, and, generally make you "more robust and capable." This includes crafting, from food to potions, or raising your stamina to ensure you can do the household chores more efficiently.

One major thing I noticed while watching the demo was the art style. While Dauntless is a much different game where you hunt monsters and creatures in a fast paced, action-heavy combat-focused world, Fae Farm is the opposite. Sure, there's combat, but otherwise it's a pretty laid-back affair. However, the art style really helps link to two with Phoenix Labs' own DNA.

"I think there's probably a little overlap and just the fact that artists have signatures in their own style that will come through," Isaac said during our Q&A. According to Epp, the same main world artist on Dauntless, Jen Morgan, is also one of the main world artists in Fae Farm, so that style shines through easily.

As to how a studio known for Dauntless made the switch to cozy sim (though Dauntless isn't going anywhere either), Epp says its all about creating games that bring people together. Dauntless does this through the shared hunt players go through, and Fae Farm takes the more laid-back, cozy approach of bringing players together to farm, harvest and just explore together.

Fae Farm is hoping to bring fantasy truly to the farming sim with their Fae infusion here, and it's impressive what's on display here. The idyllic setting of Azoria is made more interesting with the wispy and magical Fae Realm. Being able to use the Fairy Wings to not just double jump, but explore places that seem so off the rails too gives Fae Farm much needed variety, and its something the developers are planning to encourage by hiding easter eggs throughout the world fo players to find.

Fae Farm is currently a Nintendo Switch exclusive, which might put off some people initially. However, Phoenix Labs hopes that what makes Fae unique among the other cozy farming sims like Disney Dreamlight Valley and the big king of them all, Animal Crossing, that uniqueness will hopefully help it stand out among the pack. Fae Farm is still targeting Spring of 2023 to release on the platform, and honestly, it looks unique enough that I can't wait to get my own hands on it and try it out for myself.