EverQuest's upcoming expansion, Night of Shadows, enters its expansion beta today, and the team at Darkpaw Games are celebrating with new key art for the upcoming MMO addition.

The new key art shows what looks to be an enchanted Owlbear bearing down on a contingent of warriors as they seek to fend off the creature. The new key art sets up the conflict players will see from the angered spirits that have escaped after a calamity hits Shadow Haven. 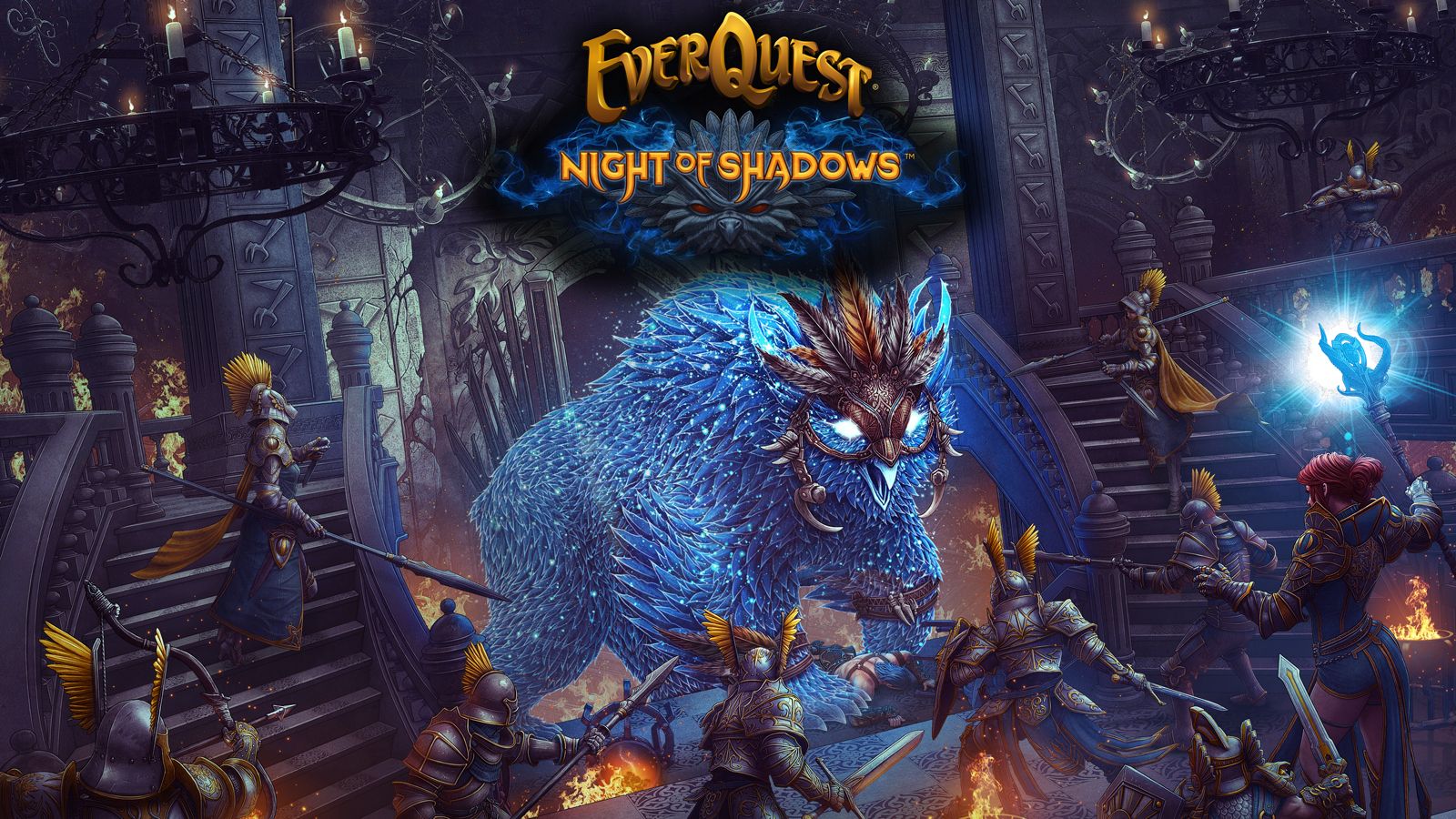 "As war rages across the surface of Luclin, disaster has befallen Shadow Haven deep below. The mysterious sealed door has been smashed open, and the great spirit trapped behind it has rampaged through the city, leaving death and destruction before retreating to the unknown caverns it escaped from. What maddened the spirits? How can the Akheva be stopped? Can Shar Vahl survive as war threatens to engulf the city? The truth lies in the shadows -- will you survive to find it?"

The upcoming expansion, which entered its beta phase today, will see seven expansion zones opening up more o the war-torn Luclin, as well as new raids, quests and missions to fill them. Additionally, new spells, abilities, and collections will be added, as well as the new Tradeskill Component Depot that holds 250 stacks of various tradeskill items for you.

EverQuest: Night of Shadows also launches its pre-orders today, with the standard suite of options EverQuest has offered the last few expansions, with the Standard price starting at $34.99, while a Family and Friends version will set you back a whopping $249.99.

What do you think of the new EverQuest keyart? Let us know in the comments below!