My wife and I enjoyed TERA when it was released, and I can already see that Elyon, by developer Krafton and published by Kakao Games, has many of the same elements that drew us in. The classes have the same individual identities, combat is fast-paced, graphics are flashy, the environments are beautiful, and enemies look amazing. Unfortunately, it suffers from similar story issues as TERA and has gotten worse in some areas. As a warning, there are early story spoilers ahead.

As an Ontari, right out of the gate, the character is put into the action on the ship Inventus. At the start of the prologue, a rescue team arrives to break a cocoon trapping the hero. The story does a decent job of ratcheting up the excitement as the player then makes their way through a ship under siege.

Combat early on is a bit dull but picks up quickly within the first few levels as class abilities are unlocked. The tutorial effectively gets players started, and at this point, doesn’t interfere with the narrative too much. 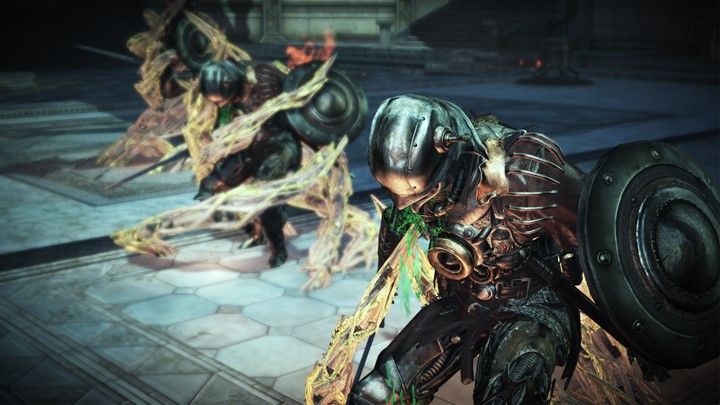 While fighting off the invaders, players encounter various machine corrupted enemies which are capable of infecting allies. It is not a new concept by any means, but the creature design does a lot to sell it in Elyon, and the player is constantly moving from combat to combat, which keeps the action at a high level.

Eventually, the character draws energy from the ship tree/power source into a small trinket/amulet to help destroy the invaders. Unfortunately, a mechanical dragon shows up and causes the MacGuffin to pop. In the energy discharge, the ship does… something… maybe crashes? The character is thrown free and plummets from the sky towards the first zone/area. Welcome to Elyon!

The prologue made me feel powerful and that my people are on a grand journey trying to reach Elyon when the unexpected happens. Then it suffers from a common writing trope where the powerful/experienced character, whose allies went out of their way to rescue, is suddenly brought low and no longer has all his powerful capabilities.

I have spent so much time on the prologue so far because from there, the story goes downhill unless you like hearing about the faction war or want to make fun of the voice acting. Once you “land” and fight off a few enemies, the first NPC introduced is Carmen. Carmen’s voice oversvoiceovers are pretty awful most of the time. It is not the worst I have heard, but it is not that far off. 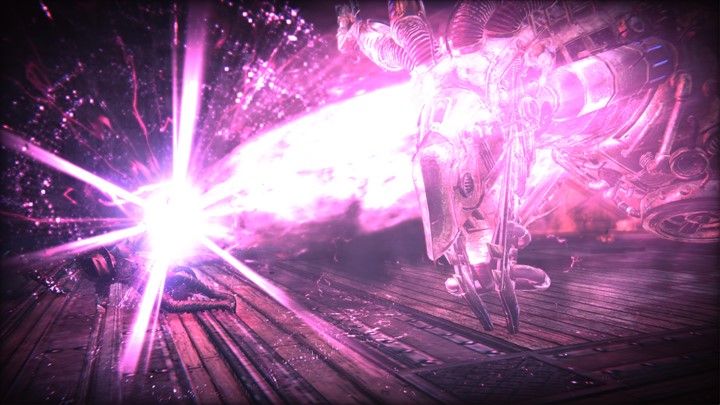 Honestly, most of the voice acting is awful. Characters are wooden in the delivery of lines, over the top, or the emotion expressed doesn’t match occurring events. It feels like an uninterested voice actor read the lines, and then the recordings were chopped up to be used in various parts of the game. That or AI was used to generate certain NPC voiceovers. Combined with the tutorial sections spliced in between story quests and the constant focus on the faction war, it took me out of the immersion repeatedly as I played through each area.

The one element that did spark interest in the story early on was when the mysterious Hadad shows up, which didn’t last. He explains in one visit that the Inventus is somewhere else in time… Nooooo, not a time plot! Anything but a time plot, please. They are just so difficult to do well. To top it off, Hadad’s voice overs are worse than Carmen’s.

Questing in Elyon is also not doing the main story any favors. In Tera, as you travel to each village/hub there are multiple NPCs to give you side quests. In Elyon, the developers have now removed that tedium. You simply pick up several quests from the “Quest Clerk” in each area. Go about completing some/all of the assigned quests, and unlock the next step in the storyline.

No need to explore either. Open the map and right-click a waypoint or area to bring up an option for auto pathing. You can auto-path to almost any destination on the map or quest in your log. Also, while the environments are beautiful, there doesn’t seem to be any reason/benefit to exploring the map further. At least it is efficient. I can do other things while my character runs itself around. 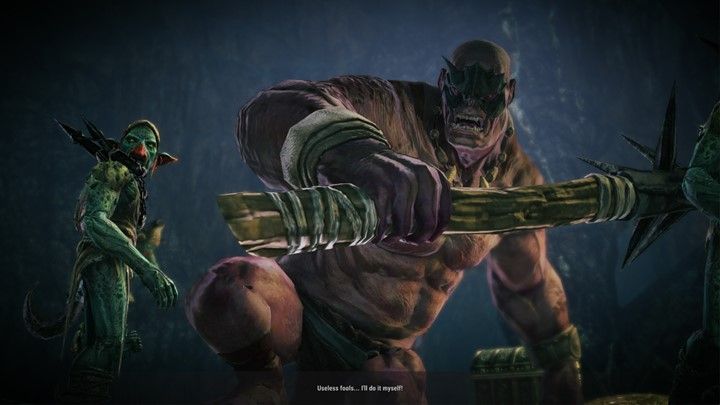 Players can also easily pop to dungeons once quest(s) are acquired. Open your appropriate UI window and then teleport/queue. Dungeons are visually interesting, and what story there was seemed OK with a funny moment or two, but very limited for narrative. Mechanically the fights were fun, though I found progression through a dungeon to be very linear.

Elyon feels like an updated and improved spiritual successor to Tera. It inherits and improves upon many of the great gameplay features players will find familiar. At the same time, many of the weak points are still there. If you are looking for a grand storyline to pull you along, so far, I don't see one.

Hopefully, in the later game, it will evolve into something more. But faction conflict and getting back to Elyon seem to be the main focus to explain away game mechanics. If the developers could improve the voice acting, then the immersion wouldn’t break as often. Players could enjoy what is there for a story, even if somewhat limited. If you, as a player, are not here for the story, then you are all set as the rest of the game is quite good.