Fans of the XCOM: Long War mods rejoice, the team behind those epic adventures is creating its own grand strategy game. Terra Invicta is the first game from Pavonis Interactive, the former Long War Studios, who has set off on its own to try its hand at a new interstellar adventure. That sort of pedigree means this new game has some lofty goals to reach, but based on a hands-off preview during E3 2021 Terra Invicta seems to be on track.

Terra Invicta follows humanity on the verge of invasion from a hostile alien force. The aliens are currently on the fringes of the galaxy preparing for the attack, but they have sent infiltrators tasked with turning Earth's governing bodies upside down, weakening the planet enough for the aliens to have their opening. This turmoil causes eight separate factions to form on Earth, each with its own approach to dealing with the invading aliens (descriptions from the game's official Steam page):

My demo assigned me as a member of The Resistance, the default faction for anyone first starting out, and immediately the scale of the playing field was revealed to me. I can view each planet in our solar system looking for resources, then come back to earth and get a country-level status report on what's been happening. Each country is colored based on the faction that controls it, letting me know which areas are safe and which are hostile. It's a massive playground, and it's only a matter of time before the game begins.

The primary gameplay loop in Terra Invicta is typical of grand strategy/management games of its ilk: assigning tasks to different parts of my faction, be they single diplomats or an entire nation, and watching my decisions play out in real time. Resources are gathered, ships are constructed, and bases are built and manned. Maintaining diplomacy on the borders of these nations is key as well, with plenty of options on how to best deal with your neighbors. There's a lot of things to manage in this game, which will make a lot of the strategy buffs out there very happy. 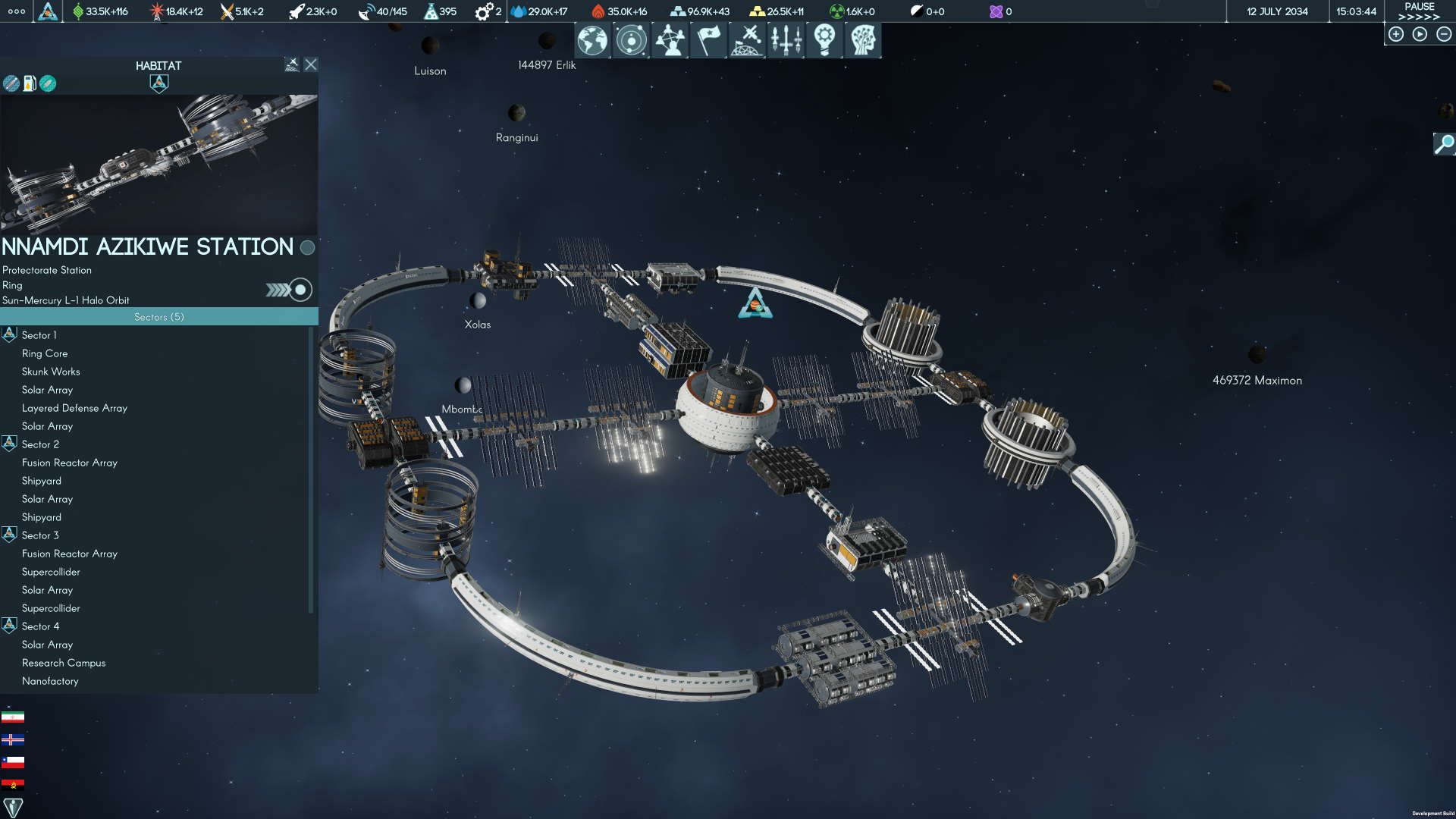 Eventually the game progresses outside of the small cuts of Earth's land you control, which is where the second part of the game begins to shine. You need a ship to get out into space, and the one provided to you is completely designed by you. You can assign weapons, battery types, armor, and other parts in order to build the perfect vessel for your space-faring voyage. Once out there, you'll soon learn the ship isn't the only thing that can be built to your preference.

Space stations can also be built, customized, and placed around the galaxy, giving you a hub to access for resources and other materials. The same goes for other planets, as bases on planets can be built out to serve different purposes. Creating and supporting these bases makes it feel like your reach spans the entirety of space, giving you a presence no matter where you are in the universe.

Before you know it, building and maintaining space stations gives way to defending them, as Terra Invicta features a full space combat section when the aliens do arrive. These battles play out in real time, with the player issuing commands and defending their fleet from the outside invaders. It feels like a completely different game from the first part in some regards, but this space combat does a great job of mixing things up when needed. The management part looks to be a ton of fun, but this space combat will keep the game's longevity high thanks to the break in clicking menus.

Terra Invicta ticks a lot of boxes in the grand strategy scene, giving players an entire solar system to work with. The different factions offer an element of political intrigue as the game progresses. Building space stations and galactic bases puts a feeling of "grand" in this grand strategy. The real-time space combat looks like a ton of fun, bringing a hint of explosive action to mix up the experience. Pavonis Interactive's debut game is impressing in the early going, but we're not surprised; we're excited to take part in another long war.