Demeo PC Edition by Resolution Games is a port of the award-winning VR dungeon crawler. It will pit you and up to three other players against the threats to the 5th world. Players can choose from five classes: hunter, sorcerer, assassin, guardian, and bard.

The game is a turn-based tabletop dungeon crawler where you and fellow players have two actions each turn. Moving, using an ability/item card, or interacting with the environment all use a single action. To attack enemies you drag a card over to your target(s) or move your character to their square then roll the dice. Hits and misses are simple to determine: skull is a miss, a sword is a hit, and crossed swords are critical hits. It reminds me of playing board games like HeroQuest and other miniature-based dungeon crawlers. The goal of a level is to find the key for the stairs.

I started with the short tutorial before jumping into the hands-on preview with Tommy and Gustav. It did an excellent job of getting a player up to speed on how the base mechanics work and through their first couple of combat encounters. The atmosphere in the game is excellent, and while you are overlooking a gaming table, the background environment doesn’t distract from the action happening in the game.

It was a simple process to get the room code for our session and jump into the game. As the camera zoomed in, it amplified that feeling of playing a board game with others. The graphics of Demeo are stylized and may not appeal to everyone, but I find them well suited to the simulation of a tabletop board game. I have also played on the Quest 2 previously, and I noticed the visible improvements to lighting and effects. Textures look a bit sharper on PC, and particle effects pop more.

The sound in Demeo is excellent. While I don’t think the dialogue will win any awards, the comments made by various characters and monster sounds fit. The game master voiceover is also well done and doesn't jar with the gameplay. Spells, abilities, and items all have a good feel of impact when they land. I found that even the sound of the dice rolling added a nice element to the atmosphere. 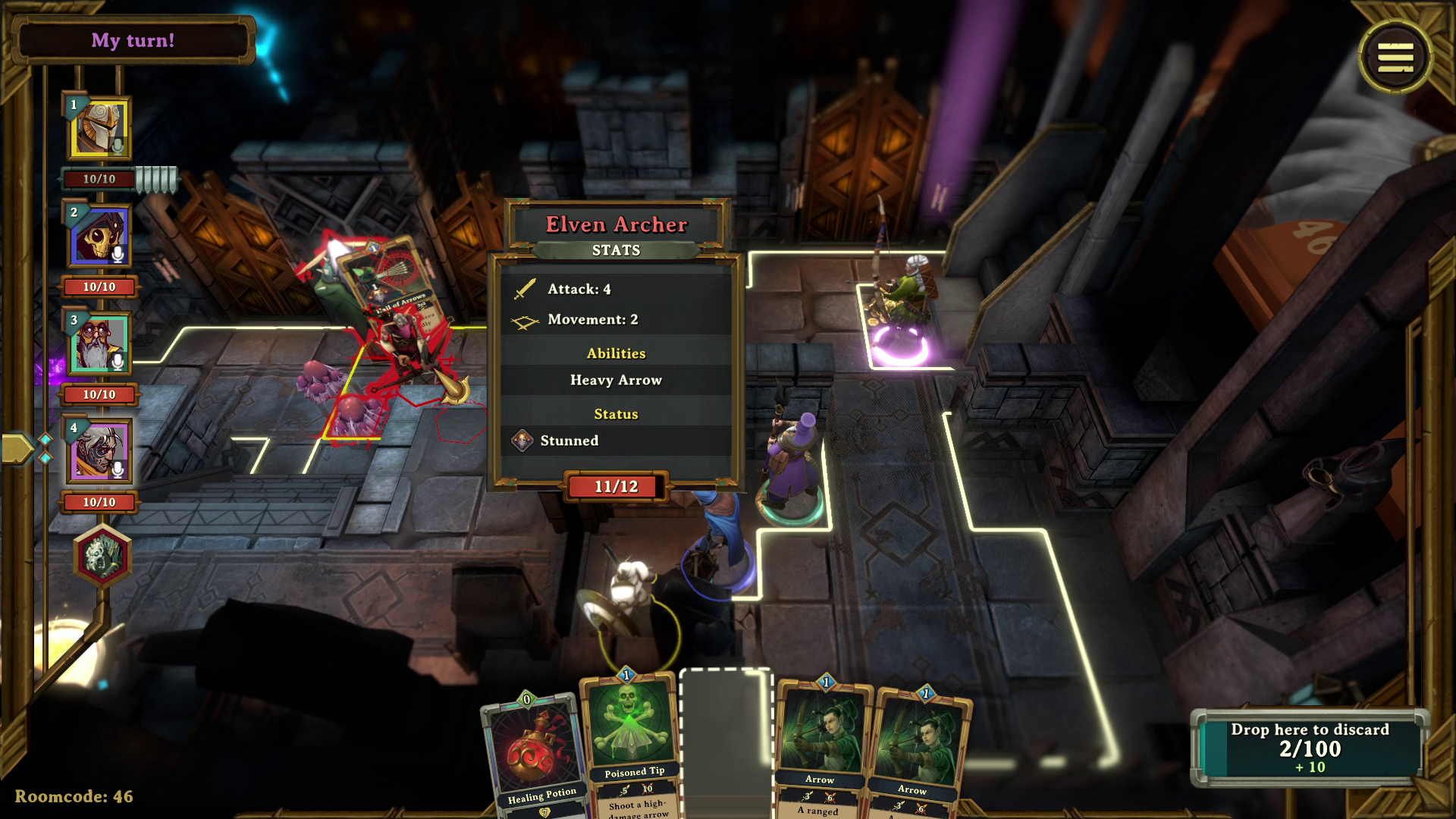 The UI is clean and easy to understand. Once we got into the rhythm of the turn-based gameplay, our session smoothed out quickly. We all chatted back and forth as we made tactics on the fly with each turn. I could easily see a group of four friends getting together and groaning or cheering depending on how the dice rolls turned out in any given session. We had a few unlucky misses and the occasional misuse of environmental bombs/hazards that affected allies that had us shaking our heads. 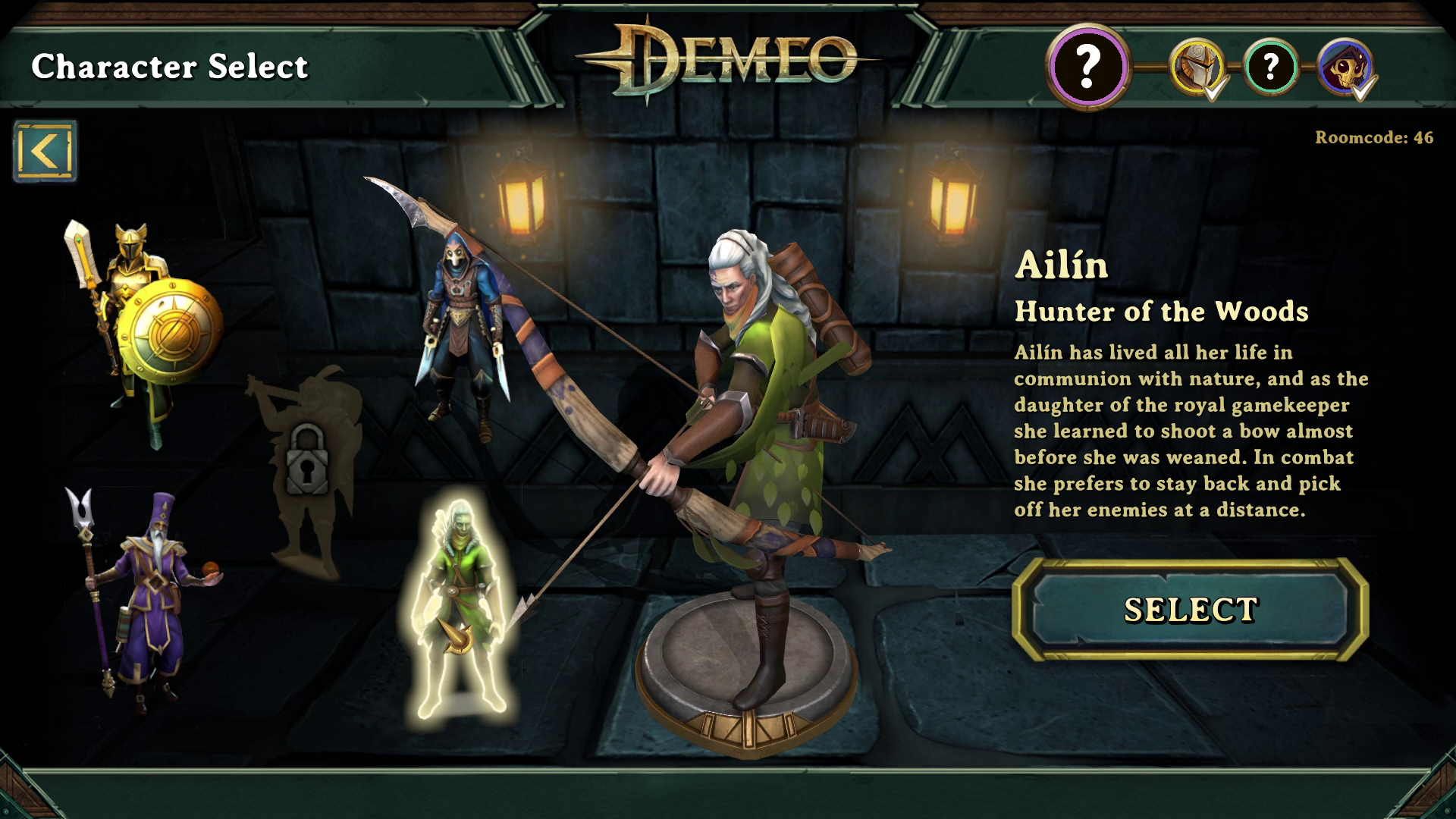 Each class has its unique abilities and cards that make the tactics in combat quite different. As the hunter, I tended to stay back and use my reusable arrow attacks while our guardian had armor points to help absorb enemy blows before starting to lose health. 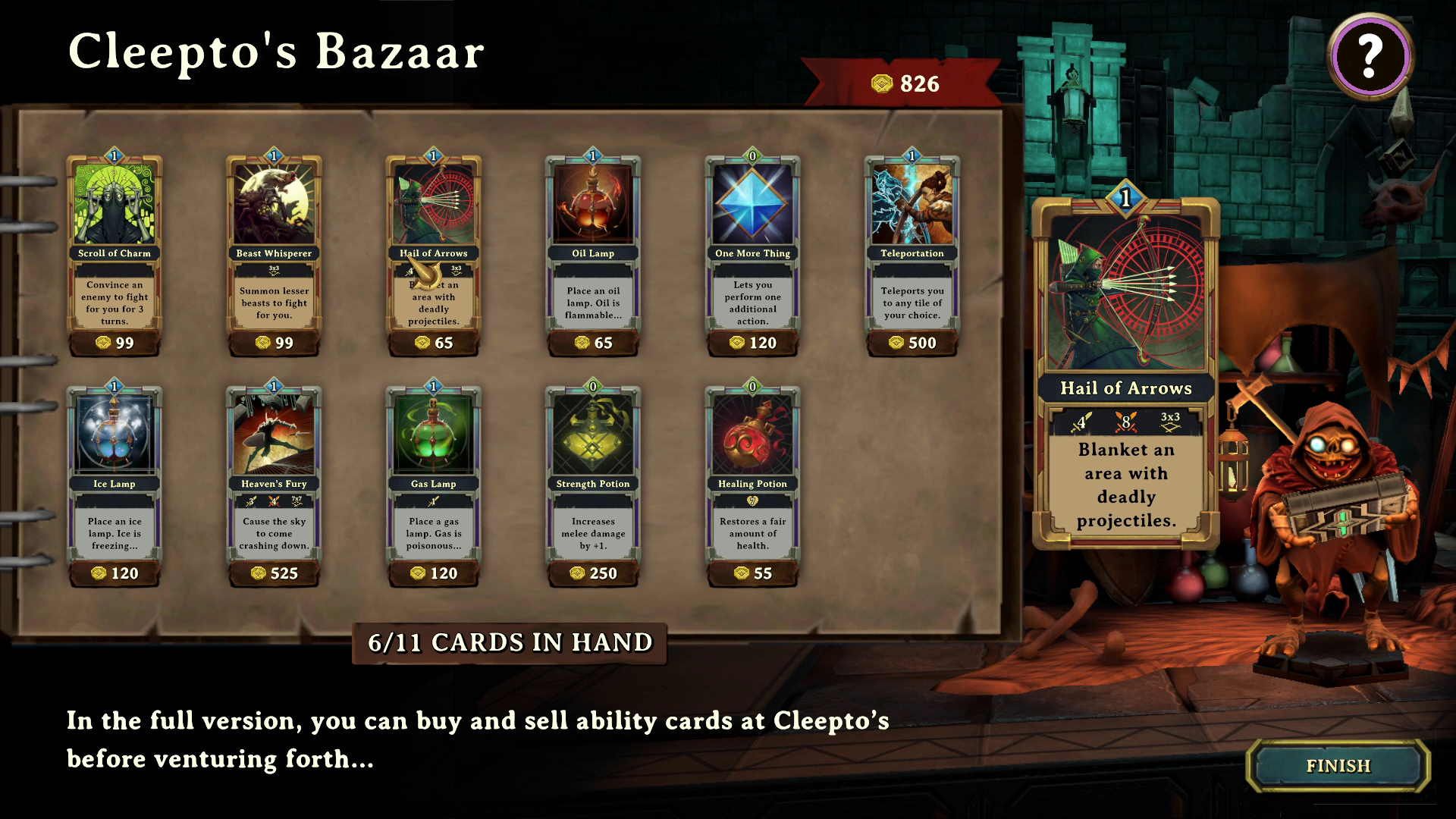 Finishing a level allows you to buy items at Cleepto’s Bazaar with the gold collected so far. These items can include: healing potions, spells, abilities, and bombs to help with the next level of the dungeon. 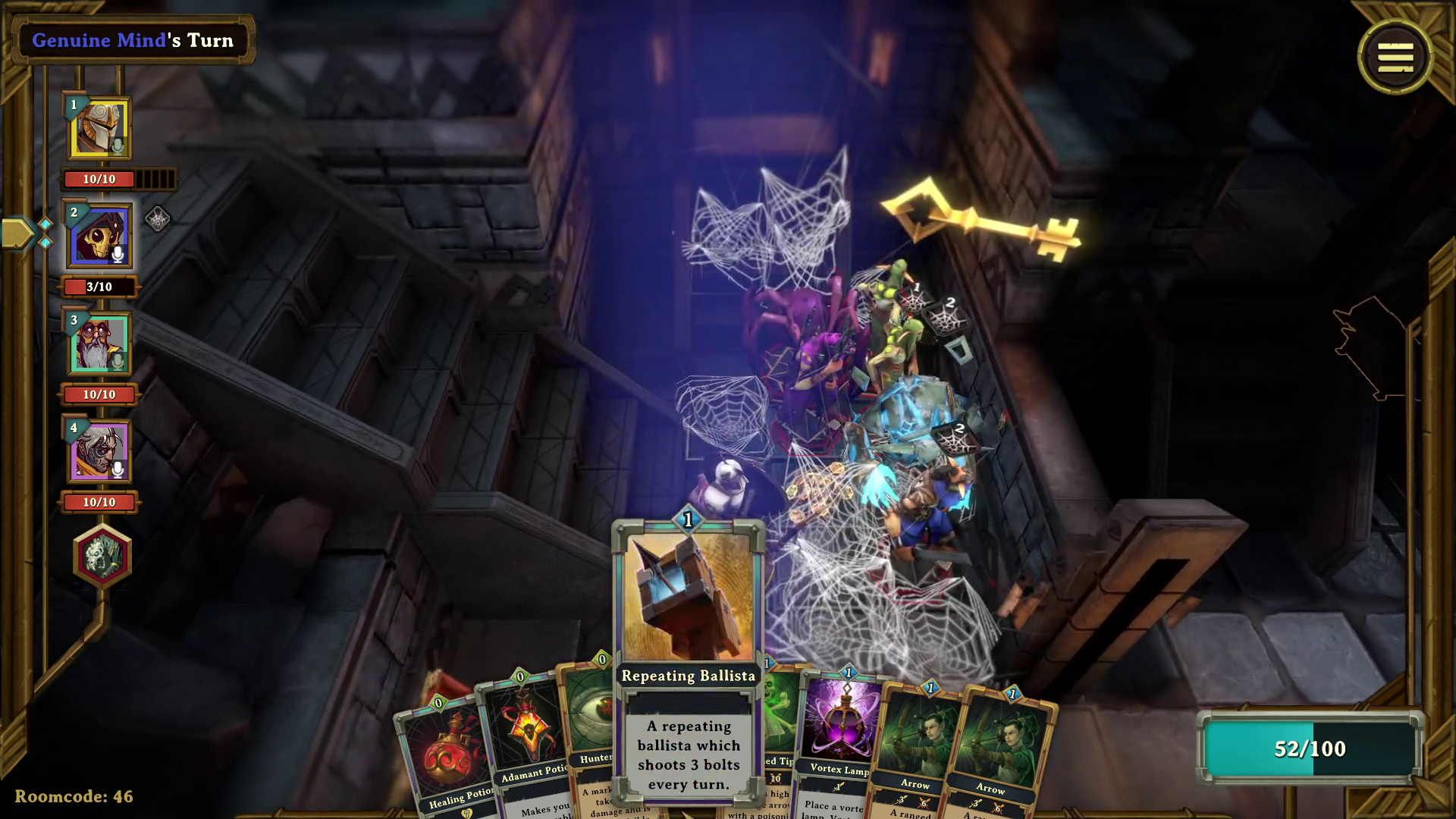 Demeo is a game that shines when experienced with friends. While the difficulty does adjust to the number of players in a group, it is more fun with more people. Using voice chat is a large part of the experience as well. Talking tactics between your turns and deciding what doors to open next adds to the feeling of comradery.

To help support this, the PC Edition will have cross-play enabled at release with the existing VR versions. The developers have also included the key command of holding the C during play to address the challenge of camera controls vs. using a VR headset. This allows a player to look freely around the game room, similar to looking around using a VR headset. That way, if you are chatting you can still “look” in the direction of your friends when playing on PC.

I asked what the developers’ favorite parts were of the game? Tommy said, for him, it was the bosses. The team has gotten better at designing them over time, and he specifically mentioned the Roots of Evil final boss as one of his favorites. Gustav liked that no game session was ever the same.

When Demeo PC Edition releases next month, it will include the three adventure modules currently out for the game and all five classes. Each level is procedurally generated, so replayability is quite high. There should be more than enough to keep players engaged with more on the way, which the developer will reveal in a future roadmap.

The game is a lot of fun to play with friends for those interested in turned-based tabletop board games. If you would like to try it yourself, a demo of The Black Sarcophagus - Level 1 will be available as part of the next Steam Fest starting on Feb 21st.