At the end of October, Jesse Houston, CEO and Co-Founder of Phoenix Labs, announced the most extensive overhaul to Dauntless since 1.0 launched, Dauntless Reforged. This reforging completely changes the entire progression path and has completely remixed the core hunting and exploring behavior on islands. Additionally, gliding has been added, and it is an effective exploration tool that’s also a monumental amount of fun. Ahead of the Reforged release on 12/3, I had the opportunity to explore some of the new additions, and I’ve been anxiously waiting to tell everyone about it since then.

As much as I am excited about all the other things, I have to start with the island revamp first. Every single island has been overhauled to have not only more space but more things to find. Previously on islands, there was often a bit of friction between players who just wanted to get in, slay, and get on to the next thing and players who wanted to explore everything a bit more. The new islands are a massive step towards balancing the two interests and should help players better use their game time overall. 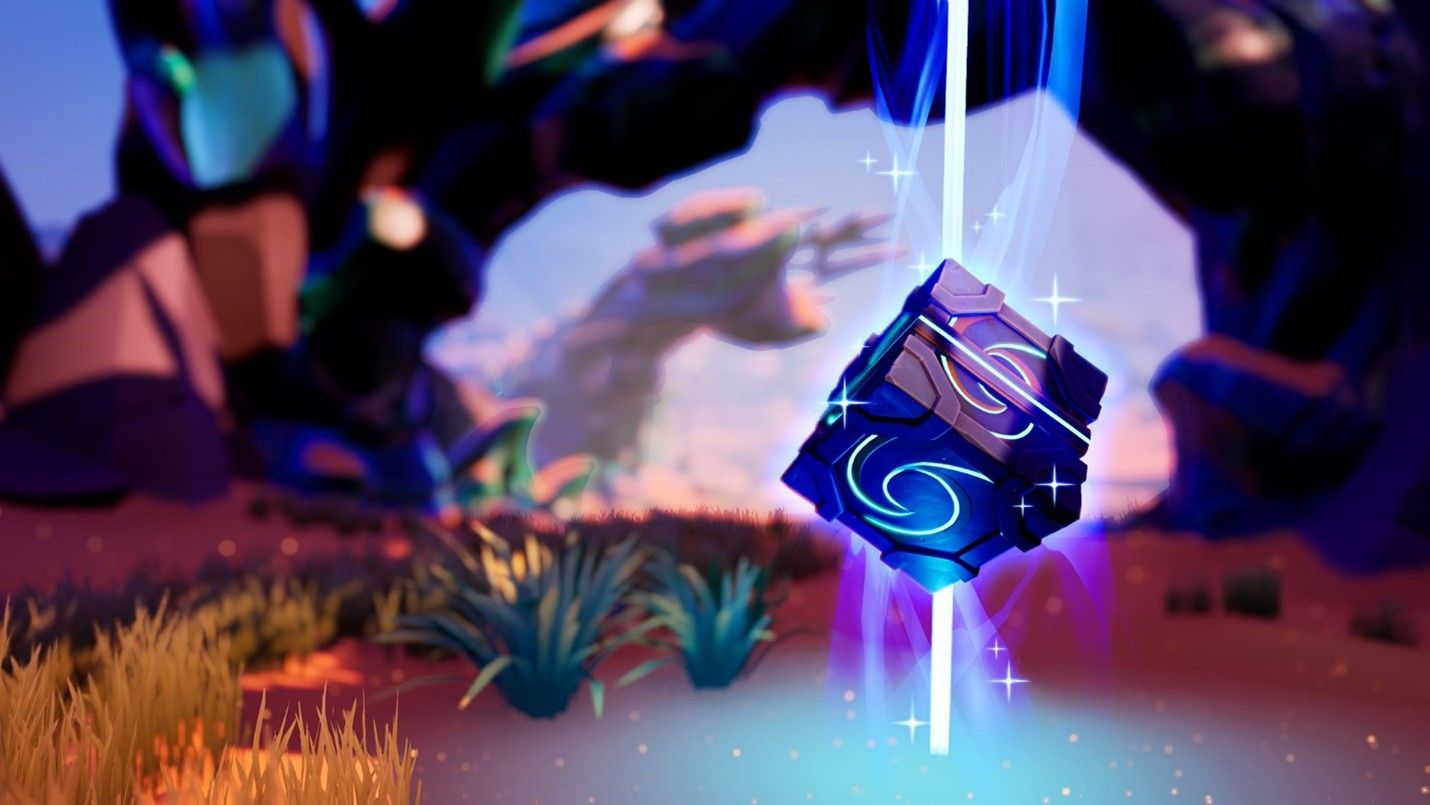 Every island now has multiple Behemoths on it. Which, right off the bat, makes wandering around to find all the things highly encouraged. Additionally, each Behemoth scales to how many active players are fighting it, not on the island as a whole. So, if you find yourself partnered with someone more interested in picking the flowers, the Behemoth will scale down to you, and when others join/leave the fight, it will adjust as well. This change gives islands more of a similar feel to escalations than the previous ones did, which for anyone who had gotten a bit bored with the “go to island, fight one thing, go back to town, queue to kill next thing” formula of the islands, this is a refreshing change.

In addition to the Behemoths and all the environmental elements to explore, there are also random events players can participate in for extra rewards. During my preview, the event I participated in was a gauntlet type, where different creatures just kept spawning until the end. Not everything which spawned was a Behemoth, but everything was void touched and made for some exciting fights, especially when two Shadowtouched Nayzaga spawned at the same time. 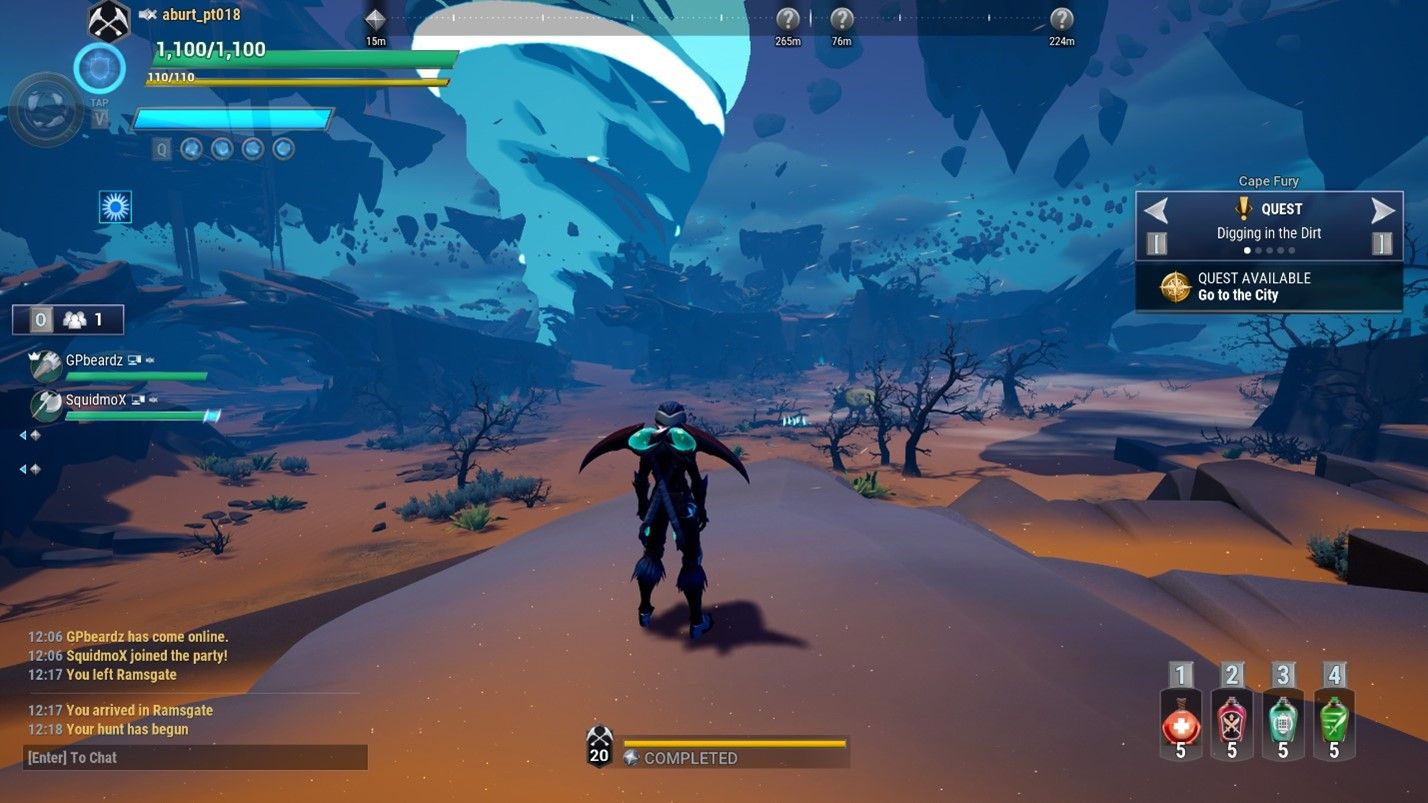 With the events, multiple Behemoths, and a lot more space to explore on the islands, players will be spending a lot more time on the islands playing instead of spending so much time waiting around in queues. I started wondering if the limited amount of consumables would be an issue. The answer to that is not at all. The basics of a loadout have all stayed the same, number of consumables, gear, etc. However, each slayer in the group will be able to throw down a supply crate, which creates an area where players can attend to various loadout needs. The most obvious is your supply of consumables will be topped off. The surprising advantage of the supply crate is you can change your loadout. For example, I accidentally had Frenzy Tonics equipped when we went out to the island. When one of the other players put down the supply crate, I could swap out my potions, so I had the ones I preferred.

One of the best new features arriving with Reforged is gliding. I’ve become a big fan of gliding in various games in recent years, so I was looking forward to how it felt in Dauntless. It’s honestly even more fun than I expected. Of course, after you unlock the ability to glide, there are upgrades, but it is immediately fun even if you don’t have everything unlocked. In fact, one of the first things I discovered about gliding is Dauntless allows players to dive. I cannot wait to find a Shrike and divebomb him… see how he likes it! Aside from the fun factor, gliding is incredibly useful for figuring out the lay of the land and planning where to go. 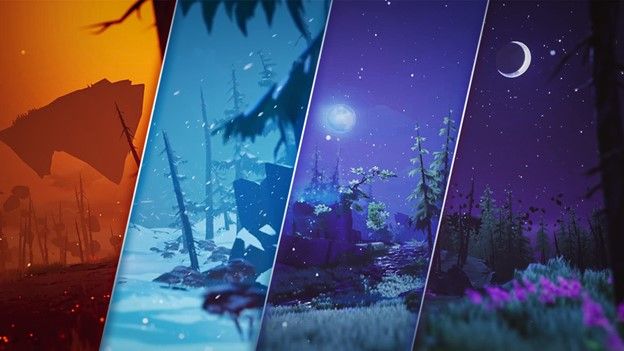 These incredible things about the islands revamp aside; there’s one thing that makes all of this absolutely top-notch. When a group is done with what they want on a particular island, they can queue up for the next one. No spending time loading up the city so that you can stand around and wait for the next queue to pop. If you want, you can go from island to island consecutively. I love this because it lets me be the master of my playtime. If my friends and I want to keep slaying, we can keep going from island to island as much as we want. Plus, each time we go to a new island, our supply crates restock.

Additionally, if I decide to take a break and my friends want to continue, when I come back, I can rejoin the party and meet them on the island they are on (assuming they don’t have a full group). Previously, if a player dc’ed or left and returned, getting them back in the group generally meant waiting until the group went back to town. Allowing this flexibility in playtime is a huge quality of life boost. 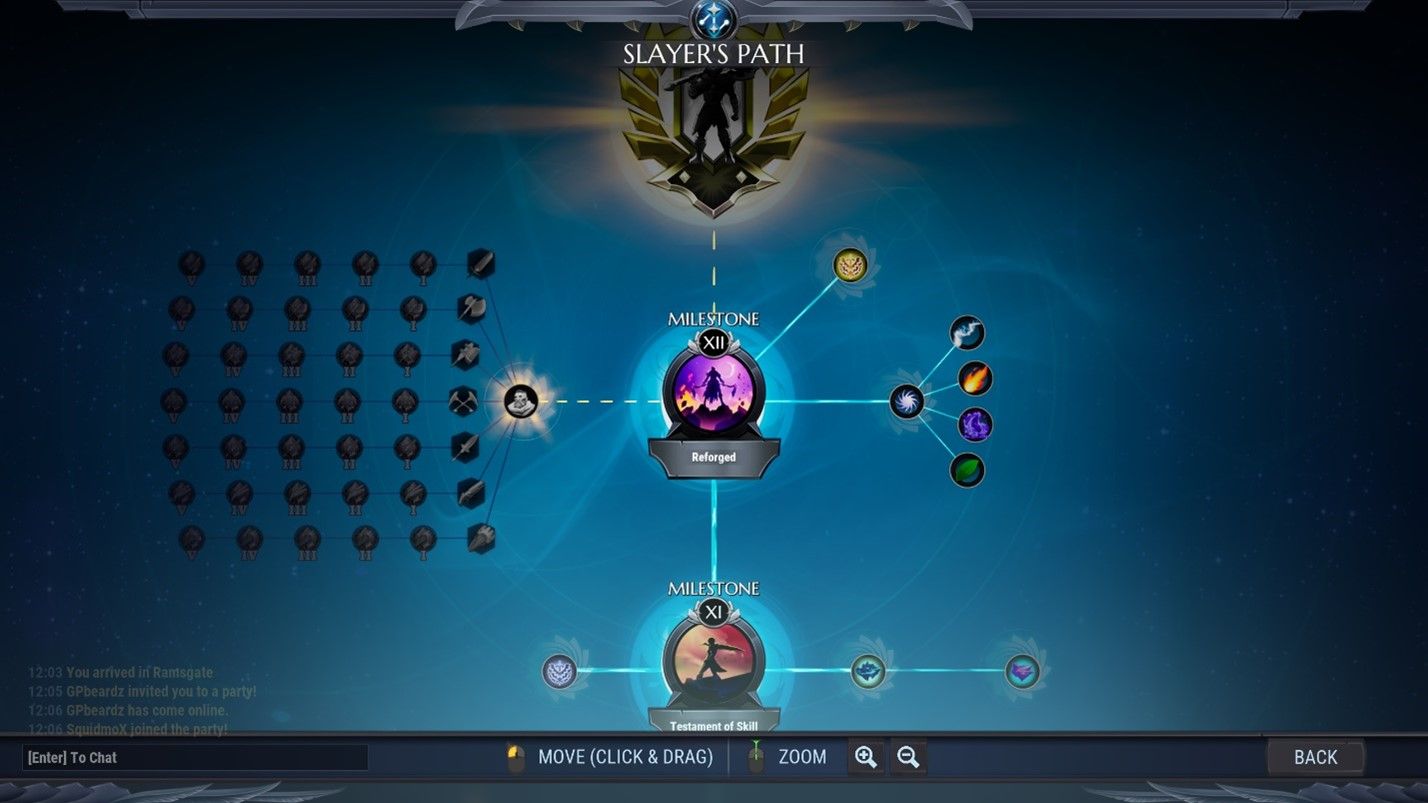 The other huge part of the Reforged update is the complete revamp of the progression system. I was going to talk a bit about the Slayer’s Path, but Pheonix Labs honestly did a great rundown of how it works in a recent blog post. The short of it is, it’s a much clearer and easy to follow progression system which should be less overwhelming to new players. Additionally, veteran players will find some of the path automatically unlocked when they log in. How much will depend on how much you had unlocked on the current progression path. Everything which could be unlocked for veteran players won’t be, we’ll be credited with some currency and will be able to choose what to unlock where it makes sense. Personally, I’m particularly excited to have a use for rams.

Dauntless Reforged is another huge step forward and will help Dauntless stay relevant and exciting in the years to come. I honestly didn’t expect a revamp of this level, but it is needed, and I can’t wait until everyone gets to experience it as well.