This past week I had the opportunity to spend some time experiencing some of the new content coming with the “Call of the Void” update for Dauntless. This content update not only comes with the usual new Hunt Pass but also a slew of other features and updates. So let’s hop in and check out some of the new features we’ll get when this update goes live on June 11th.

One of the things I’ve always disliked about Dauntless is there’s no real good way to try new weapons or to practice using skills outside of going on expeditions. The middle of a chaotic battle is a pretty poor place to try out something brand new. Fights with Behemoths can be hectic and it can be a slow process trying to figure out how to make things work and to get the combos working right. Everything is further complicated by the fact the rest of your team is counting on you to carry your weight, and one person not knowing what they are doing can make a huge difference. Additionally, crafting a weapon only to discover you don’t like that weapon is disappointing.

The training grounds are a perfect solution. Players can head there either on their own or in a group and pick any weapon they’d like to mess around with. There are also target dummies that allow for targeted practice. For example, if you want to focus on breaking parts, there are specific spots on the dummies which help the player figure out what attacks work best. All of this is done in a controlled environment, which allows for more focused trial and error. Additionally, while on the training island, you can also work with other players to figure out synergies between various weapons. Of course, things will still be chaotic when you head out to fight new Behemoths, and you’ll always have to craft weapons to use them in actual fights, but at least you can get your bearings a bit before heading out there. 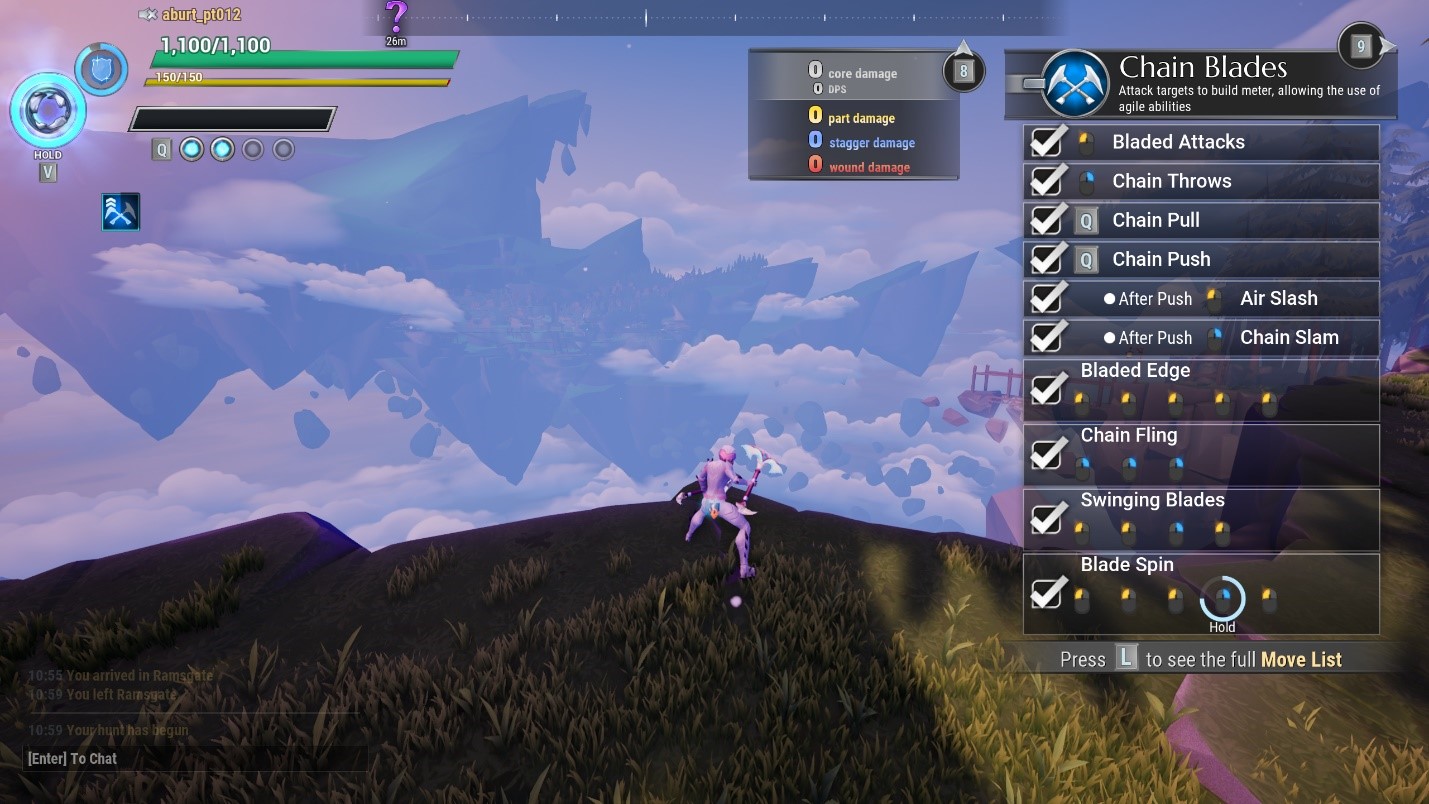 The most significant part of this update is the new Umbral Escalation, which is located deep in a dark and very purple area of space. Seriously, everything is purple, even the Behemoths. Aside from looking different, all of the Behemoths I am used to fighting had some new moves and behaved very differently than they usually do. However, the new void versions of Behemoths only seem to be available on the harder version of escalations; the lower levels had standard versions of the familiar Behemoths. However, both difficulties can fight the new Behemoth, Thrax.

Thrax sort of resembles a giant void salamander who’s really, really, angry we disturbed his rest. He’s not quite as swift as the Riftstalker, but he moves pretty quickly. I’m not going to spoil all of his abilities, but there were two which amused and frustrated me. At specific points in the fight, he’ll portal around and leave trails of void fire, which persist for a while. These can be dodged through, but it’s quite painful if you try to run through it. It also looked like he could be booped while making these trails. However, he moves fast, and it’s hard to tell where he’s going next, so getting in front of him is a challenge. Interrupting him out of that ability would be incredibly satisfying, though. The other ability which just straight up amused me is if someone is far away, he’ll open a portal and reach one of his claws through at them. It can be frustrating, especially if you are trying to revive someone, but it also looks hilarious. 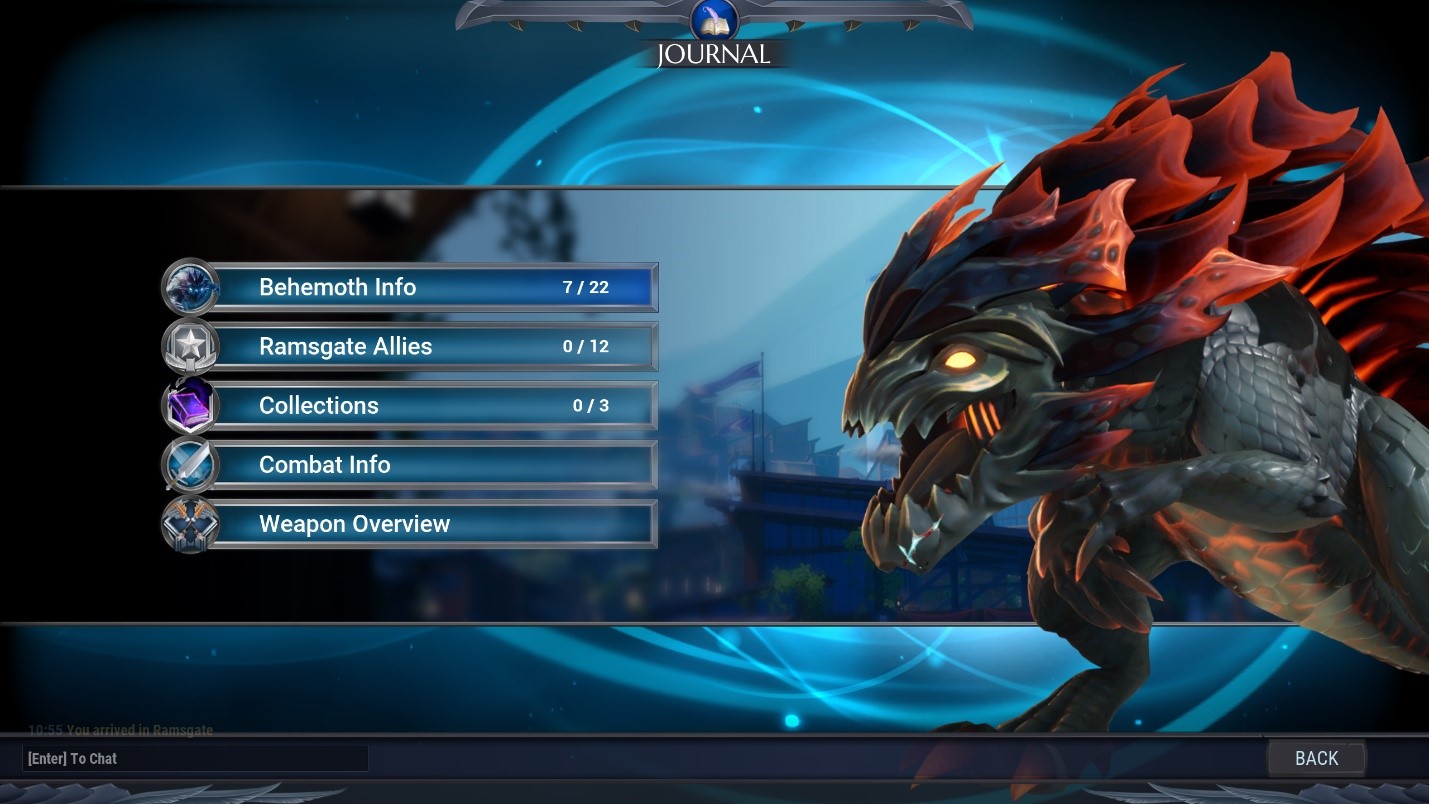 In addition to the new content, and more story which will develop over time after the update, Phoenix labs has given the UI another overhaul. Everything looks far more polished, and it is much easier to find relevant information without having to hunt through everything. Along with this overhaul, a new journal has been implemented which efficiently organizes information about any Behemoths you’ve encountered, NPCs, Collections, and more in a tidy menu. Also, last but not least, the “Call of the Void” season will leave lasting repercussions on the world depending on choices players make. When the next update comes in July, there are sure to be some surprises for the community.

Thankfully we don’t have to wait very long for this comprehensive and exciting update to Dauntless as it will be available free-to-play June 11th on Switch, Xbox One, PS4, and the Epic Games Store.