Skol, Slayers! The winter season of the Skaldeskar is far from over as Dauntless releases their newest content update with patch 1.5.3: Frost Escalations. This is one of the team’s biggest updates in a while, and you can definitely tell there has been a lot of love poured into it from behind the scenes. From new mechanics to awesome cosmetics, here’s our Dauntless 1.5.3 preview and six things you can look forward to with this new content drop. 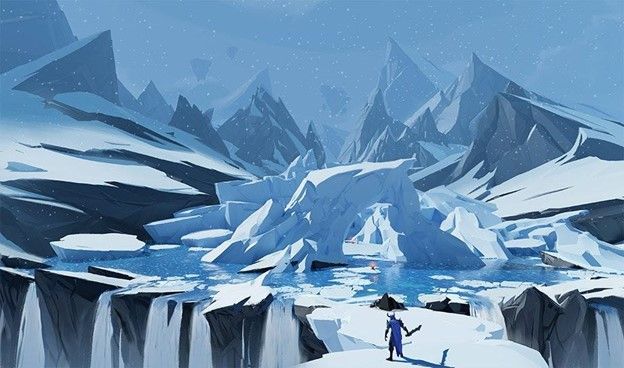 We’re not out of the cold yet. Frost Escalations bring a new challenge for Slayers in the form of Frostbite, a new condition unique to the icy area that you’ll have to maintain if you and your team want to make it out of the frozen wasteland alive.

As Slayers move through the battlefield, you’ll notice a new bar with some dangling icicles that you can use to determine your character’s current Frostbite levels. Since we don’t play one of the Skaldish, Slayers native to this part of the frozen world, we aren’t fortunate enough to benefit from their “snowblood” and have to keep a close eye on this meter if we want to survive the encounter. Your Frostbite meter will continue to accumulate at a rapid rate unless you do one of four things:

Braziers are spread throughout the map as a way to help keep the Frostbite at bay, and for those that are quick enough to reach it first, they’ll gain a nice little boost by having a chunk of their Frostbite taken off.

The Cleansing Pylons are a new item that Slayers can unlock on their Slayer Path and, as usual, can be crafted at the enigmatic Granny Strega’s shop.

The Queen of the Skaldeskar herself, Linnea Silver, has come to aid those Slayers brave enough to battle the new frozen horrors that have overtaken her homeland. She will offer Boons that require you perform special actions in order to reduce your current Frostbite level. Each Boon has specific conditions, so you’ll definitely need to pay attention at the beginning of the fight to learn what you need to do in order to activate them.

If you get lost in the madness of the wintry fight and your Frostbite meter caps out, you’ll need to rely on your teammates to bring you back down to the 75% threshold in order to move again. 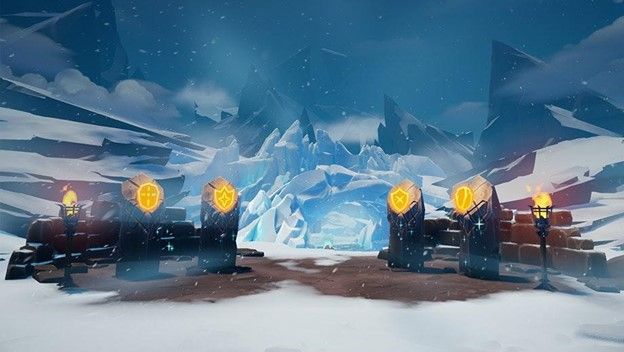 At the beginning of each Escalation run, there are four pillars of power that you can interact with. Each pillar will provide you with a much-needed Avatar Ability that will help reduce Frostbite for your entire party:

A glowing shield icon appears on your Slayer’s back, denoting the Avatar Ability you’ve chosen. So if by chance, you happen to get in a group whose strong point isn’t communication, you can still tell what the rest of your group has chosen to go with. As a War Pike user, I see my Slayer alternating between choosing the Avatar of Destruction and the Avatar of Subtlety.

Also new to the Frost Escalation, is the inclusion of new amps that actually improve your Avatar Abilities and further increase your team’s survivability, offering up that much more customization for your Escalation runs.

Lots of lore! Where have all the Skaldeskar gone? 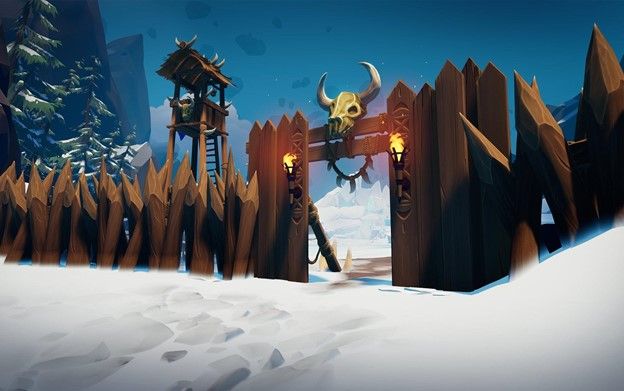 While we all expected a ton of snow and ice, the Frost Escalation has given us even more in the way of lore for the world of Dauntless. Tons of new assets and lore details have been scattered all throughout the map, giving the run a much needed feel of being lived-in and alive. There are bits and pieces of armor from the fallen Skaldish scattered about, with watch towers, barricades, and buildings that are most certainly remnants of the missing Slayers.

The behemoths don’t feel like they were just dropped in out of nowhere, it actually feels like we’re mounting a rescue mission to push back these monsters that have devastated the Queen’s homeland.

These little bits and pieces give me so much hope for the future of Dauntless and its lore. For some time, it has felt like Dauntless was still lacking a little in the way of lore and narrative for its Slayers, and I’m so excited to see that the writers are leaning more into storytelling through level design and really giving the players a story they can latch onto. The world of Dauntless is so vast and has a ton of potential for great stories to be told. 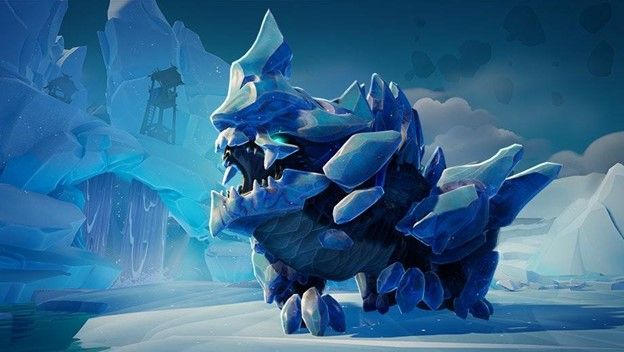 There are quite a few new enemies to battle in the Frost Escalation such as the Deepfrost Skarn and Deepfrost Gnasher. One Behemoth that I think most Slayers will be excited to see is the Frostwülf, or as Dr. Priyani would prefer to call it, the “Deepfrost Embermane.”

Lithe and quick, the Frostwülf is a mutated form of the Embermane, thanks to a nice blast of power from the surging frost aether of the region. You can expect a lot of bullying from this one, as it has the tendency to summon little ones that are quick to hold you down and take a chunk out of your health. No, seriously, they’re cute-but extremely dangerous. 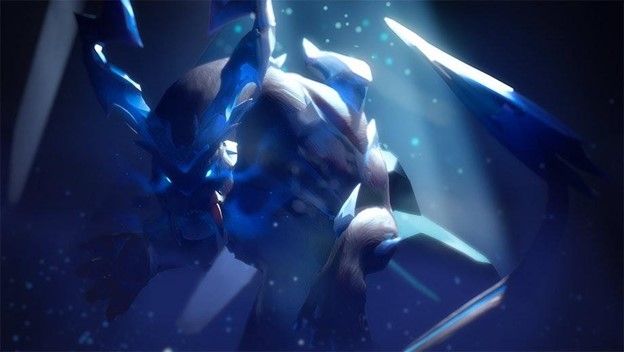 Ah Urska, the one we’ve been waiting for. Just take a look at this beauty. Urska is the new sabertooth-like Behemoth boss that is waiting deep in their cavernous den for a tasty Slayer snack. She climbs up the walls of the cavern and clings to giant icicles, lashes out at you with her icy sharp tail, and knocks you across the room with the swing of one of her massive paws.

Don’t forget about your Frostbite. To manage your Frostbite here, you’ll have to keep an eye on those around you and break them out as soon as possible. There are two braziers here, but it’s very easy to get overwhelmed with the constant onslaught of Urska’s attacks. 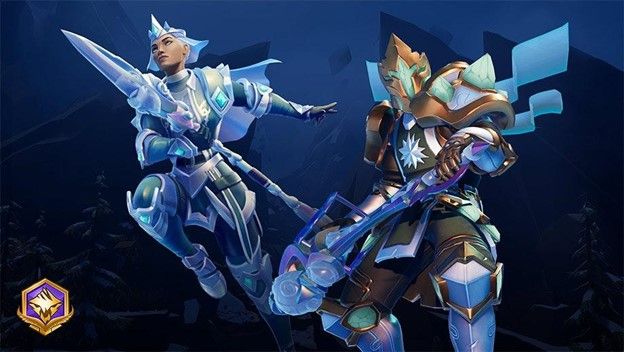 Of course, with any update we have new cosmetics and a new Realm of Ice Hunt Pass to look forward to! As expected, we can unlock the surprisingly beautiful hunting armor of the Skaldeskar. For those that purchase the Elite Hunt Pass, they will be able to unlock both the Frost Shaper and Paladin of Vylmark armour sets.

I absolutely love the Frost Shaper set, but there are unfortunately some slight clipping issues for those of us that favor ponytails. Regardless, it’s still a beautiful set that has some nice pieces for creating your own transmog.

And that about wraps it up! Personally, my two favorite hunts so far have to be the Deepfrost Skarn and the Deepfrost Embermane, and I’m definitely ready to dive into Urska’s cavern and start farming materials for the newest armor set. So, what are you looking forward to the most with the 1.5.3 update? Sound off in the comments below!