As a player, I have had little experience with Conan Exiles recently but a good deal of experience with the Conan franchise. At first glance, Conan Exiles: Isle of Siptah looks to have the makings of a good expansion with a new map, monsters, surges, the maelstrom storm, a mount, building sets, and vaults. Unfortunately, the early access release last September left much to be desired for many players. Funcom said they have taken the players' feedback into account and with update 2.4 are implementing more changes, features, and content.

When the expansion initially was released into early access, Dennis Douthett, Lead Designer, said the developers knew it was not complete but did have a plan in place for the DLC’s content. Due to the Steam reviews, that original plan changed completely. With updates 2.3 and 2.4, player choice became a big focus and influenced many of the changes.

During the guided preview tour of the island, Tor Egil Andersen, Senior Content Manager, got us started with the factions implemented in Update 2.3: Stygian Mercenaries, Black Corsairs, and The Accursed. Each faction has its own area with a lore reason for why they are trying to control the island. It was also interesting to see certain void monsters in some of the camps. Previously, encountering such enemies only happened during a surge event or in the maelstrom. These enemies also now provide players with another way to collect essence for powering surge events.

Before we move on to update 2.4 let’s talk about surges, vaults, and the maelstrom. During the initial early access, these events were tied together in such a way that you had to gather exclusive resources from one to activate/access another. You also had to use the portal opened during a surge to capture thralls that fell through the opening from the Exiled Lands. This design made it cumbersome for players to experience the new content. Since update 2.3 dropped, the team has now unlinked the three events and removed wild surges.

Now, surges are only activated by traveling to the appropriate location on the map and placing the essence needed before pulling the activation lever. While you will still be using surges as a method to acquire thralls, including unique ones, there are also other ways to find followers. Players searching for new thralls as of update 2.3 can capture them in camps, during surges, during purges, and by freeing them from cages. 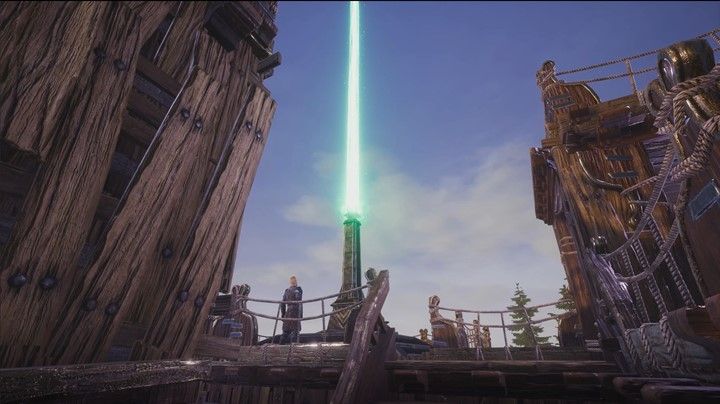 That’s right, the purge mechanic, when waves of enemies attack your base, from the Exile Lands map has now been ported over to the Ilse of Siptah. Also, as a new feature, if players want to force or opt-out of a purge event, you can use a Convergence Trap in your base to do so by spending the appropriate essence resource.

As for cages, during our preview, we had to locate a nearby NPC that dropped the cage key in one of the camps. Once unlocked the thrall inside immediately joined us as a follower. No need to drag them back to your Wheel of Pain, which is a nice option. 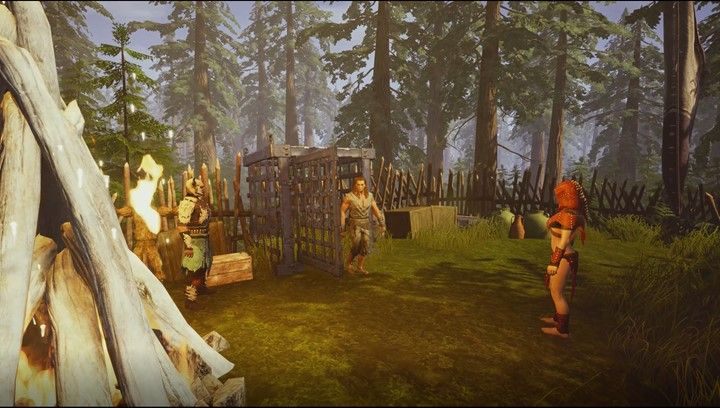 Vaults were originally designed as a level 30 to 60 activity. Now they have been retooled into an end game activity that can be accessed at any time by players. A team will make their way through, with each vault having a different challenge to overcome, to face a final boss encounter. When a vault is completed, there will be unique loot and a sigil that you can acquire. Each sigil provides a buff, and there are 14 different sigils. The downside is that when a character dies, they will lose a third of their active sigils. Examples of a sigil buff include allowing you to sprint longer or one that prevents you from losing other sigils on death. (You do still lose the protective sigil)

The maelstrom event that takes place in the center of the island has also been tweaked. Previously players could not build anywhere within the massive magical storm, removing a large part of the island as potential build space. Now players can build structures within the storm. The visual/audio effects have also been toned down to accommodate the change. Players will still get ambushed within the maelstrom by monsters, so keep that in mind.

Another way in which players are now able to acquire unique recipes is at the tower in the center of the map. A new treasure chamber has opened up in update 2.3, where you can spend the void fragments you have collected. 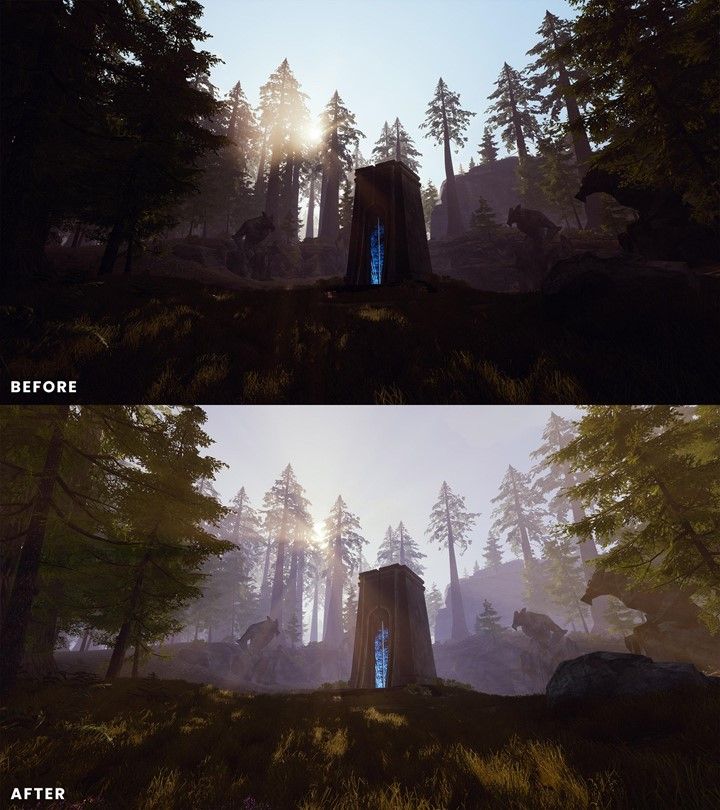 One of the things many players will notice first with update 2.4 is that the environmental lighting and skybox have been improved. This change does make the surroundings more vibrant. Along with these visual improvements comes three new areas in the southern part of the island. This expands the map giving players new places to explore and more areas to build in.

Within this new area is one of the more interesting update 2.4 features, the Black Pools. Through exploration of the island, players will be able to find idols within the various camps. By bringing an idol to one of three pools, a player can place it on a pedestal to summon powerful monsters. These enemies drop unique rewards, our small group ended up facing off with a giant spider from the void.

The Isle of Siptah also feels more populated now with the additional camps being adding in this update. Along with the camps, are new enemy races such as the First Ones, what remains of the first humans to arrive on the island, and the Grey Ones. Throughout our time exploring, I was happy to see most of the creatures and supernatural enemies kept with the theme of the Conan universe and the Lovecraftian feel. 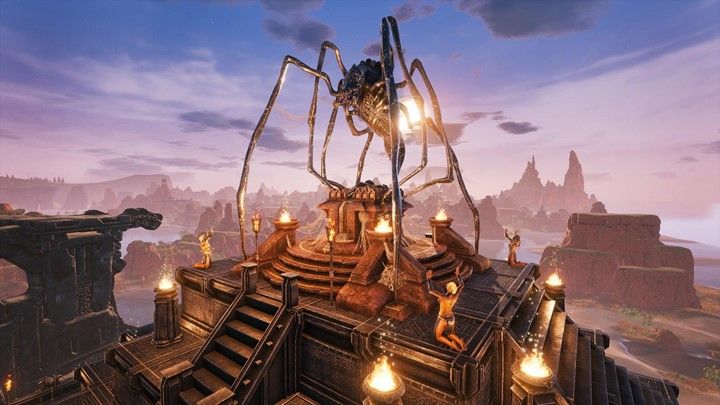 A new religion, the cult of Zath, is also being added to the game in the new update. All praise the giant spider god that spits acid and summons large spiders to fight your enemies! We had the chance to see Zath’s avatar in action, and it is impressive.

Another feature highly requested by players is the ability to transfer characters between servers. Unfortunately, Funcom released a statement yesterday that character transfers are not quite ready for update 2.4 but will be in place before the full launch.

Once implemented, players will be able to upload a character for transfer to another server with some limitations. First, your character level, known recipes, and everything in your inventory will be the only things to transfer. Second, the server you are transferring from will determine what server type you can transfer to. For example, a PvE character can only server transfer to other PvE servers. Also, if you transfer off an official server, you cannot transfer back.

Do these various changes fix the issues many players had with the Conan Exiles: Isle of Siptah expansion's initial early access release? For PvE players, there is going to be more to explore, and the island should feel filled in with the additional camps. When it comes to bugs/optimization, while the game felt quite responsive, the preview was hosted on a closed server, making it hard to judge.

I like that the developers have decided to decouple some of the expansion’s features to make them more player accessible and that the game now has a single-player offline mode as of update 2.3. My biggest question, will it all come together as a cohesive and fun experience? It has that potential but may need a few more tweaks to get there.