If you’ve been reading up on our page, you’ve likely heard that Blade & Soul is coming out with a huge update on October 12th, titled Symphony of Destruction. This new update will bring with it a whole new class, a new dungeon, a battleground and mounts. I had an opportunity to sit down with Jared Shina and Andrew Long from the Blade & Soul dev team to take a look at the upcoming changes and chat a bit about it before the livestream reveal, and here’s what I saw.

The new musician class is certainly a departure from the standard Blade & Soul classes, in that it will have a pure support/healer build you can run with. It’ll likely make it a staple for any dungeon run, and breaks from the prior concepts of how Blade & Soul has created classes up until now. Musicians will end up actually filling what, in any other game, would be a trinity role of healer/buffer and it remains to be seen just how the community will react, but there’s some belief that it may be an attraction for those who have been looking for a more strategic and less twitchy class to play. 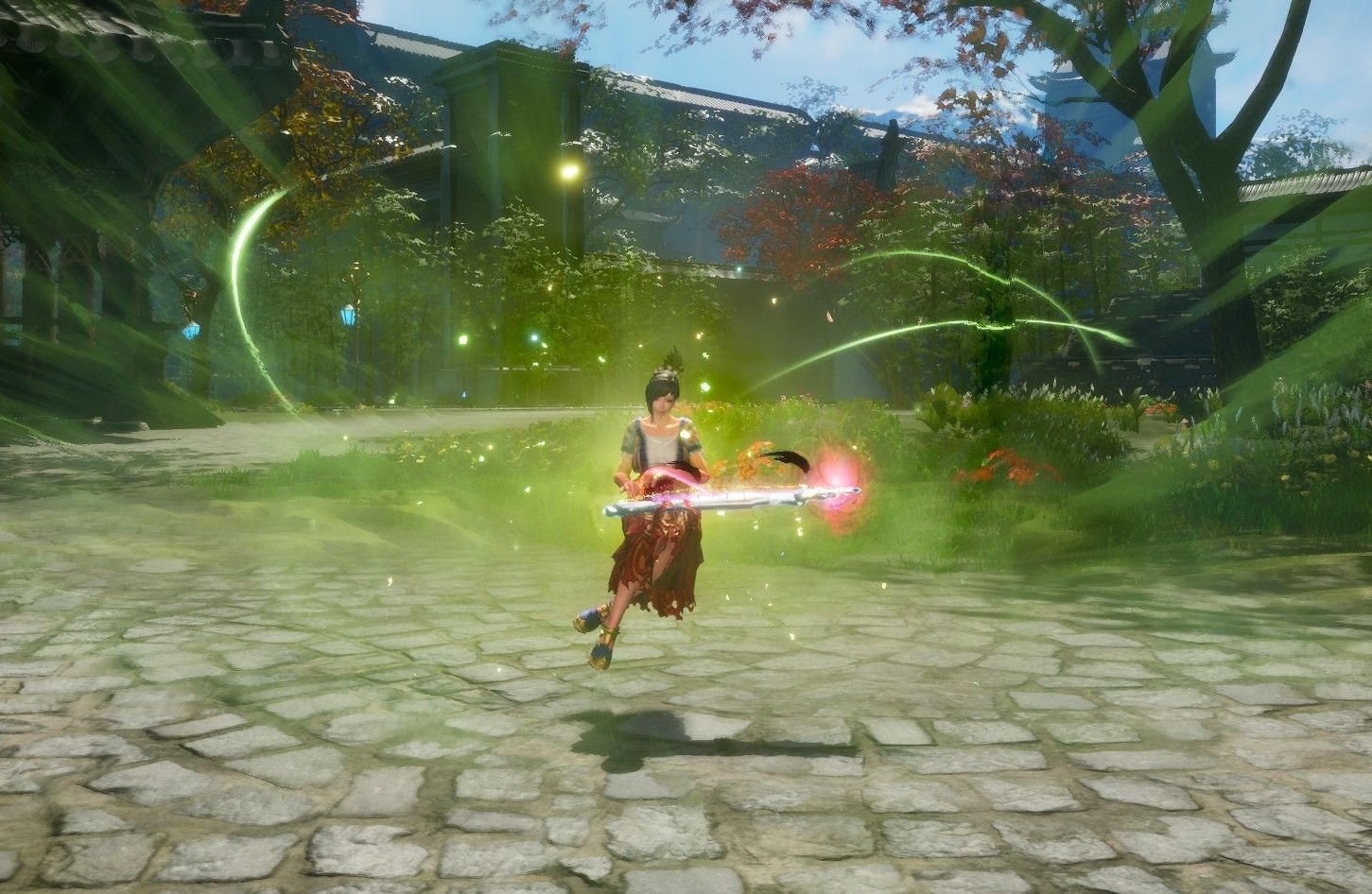 Musicians will feature two separate specializations, one being the more standard  Blade & Soul  DPS with some crowd control (CC), and the other being a healer and buffer role with some DPS to round it out. Since there’s a delay between the support builds Feasts (placeholder name by the Blade & Soul folks) and preludes, there’s also potential for more strategic and timing-sensitive players to play with a little stance dancing between offense and DPS to get the most out of the class while running either solo or in parties for dungeons. There’s some speculation about how well it’ll perform in PvP, given how it’s a solid departure from standard classes on offer, but there’s some significant potential with solid Area of Effect (AoE) damage along with stuns, self-heals, and knockback.

Aside from being a whole new role and concept for Blade & Soul, but it will also offer some RP for those looking for such, in that the actual instrument will be playable with 24 distinct notes. Unlike The Lord of the Rings Online where players can use sheet music, playing the zither will require actual manual inputs, but could be a hit with those who are fans of rhythm games or who just want to play around and host concerts in hubs with friends or guildies.

We didn’t get a chance to browse the new dungeon, or the new battleground, but I did get a chance to take a look at mounts, or rather a mount, though I’ve been informed there will be multiple models on launch of the update. The only one I was able to get a look at was, sadly, the standard horse, both in brown and black, but I’m hoping to see something more like a large cat or wolf mount, both of which seem defaults when first rolling out most mount models. 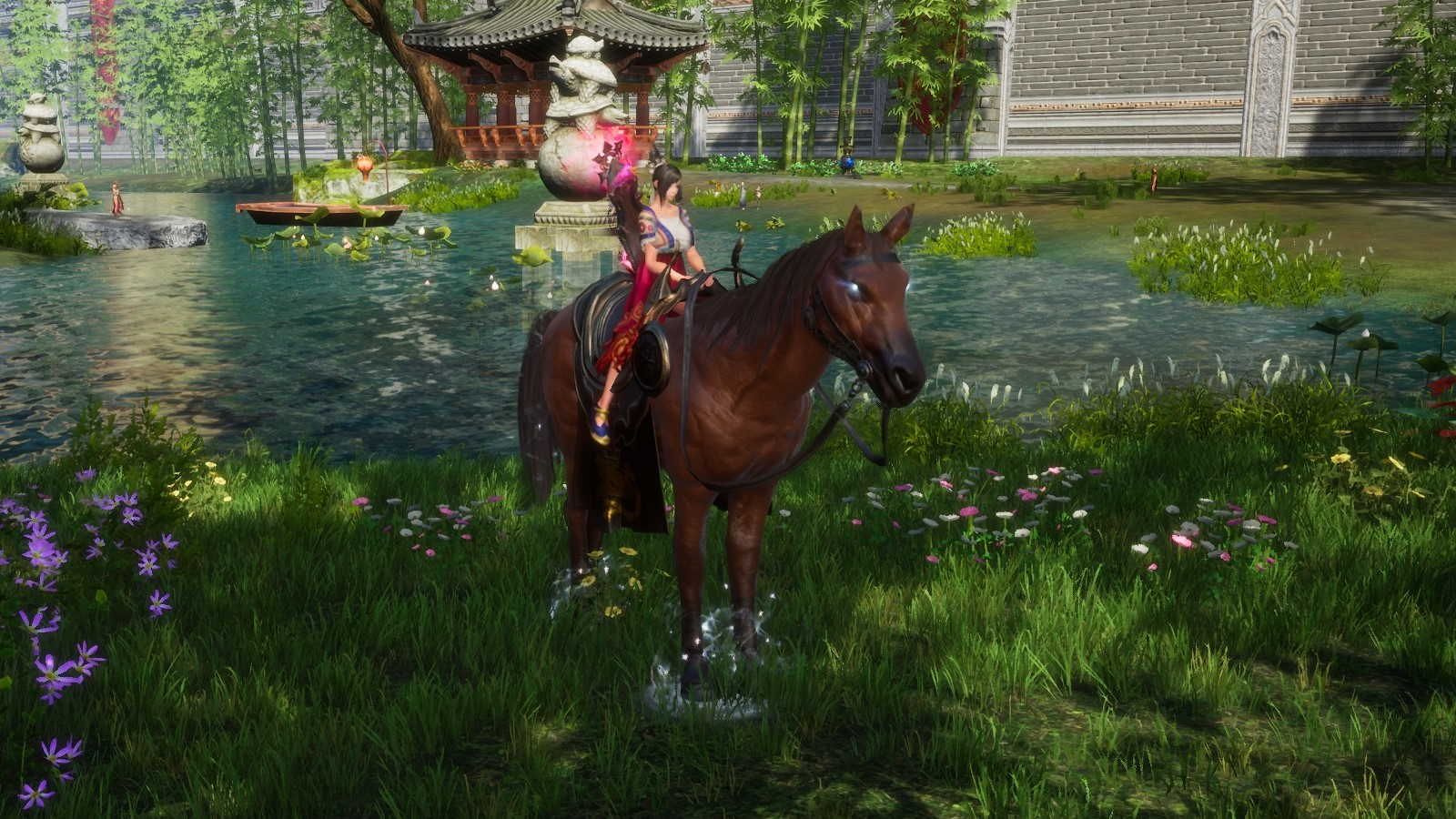 It seems as mounts have been designed with keeping the windwalking skill still pertinent going forward and the boost you’ll receive from them will directly be affected by your character’s windwalking skill. And, of course, there will be even more models as time goes by, for those of you who happen to be mount collectors.The new Ethereal battlegrounds were described as a PvP experience with PvE–like elements with nods towards prior contributions wherein players could choose to attack an NPC faction by means of winning a match. Not only that, but with the new update, Blade & Soul will be adding in cross server play for all PvP matches going forward, allowing for more populated matches and greater competition.

Of course, there will be the standard bug fixes and rebalances, including some changes to the Treasure Trove with new and improved items and the chance to score higher crits, as well as new tiers for accessories as well as some quality-of-life fixes, like UI improvements, an equipment guide for upgrades paths and a likely hotly anticipated “move all” button for moving items between your storage and inventory.

All in all, Blade & Soul’s Symphony of Destruction is shaping up to be one of the largest patches Blade & Soul has had in quite some time (perhaps since launch), and with the addition of a class that can be played as pure support as well as bringing in much awaited mounts, it’s a definite departure from their usual. It will be interesting to see if their efforts pay off and how the community responds to the changes, though I suspect the reception will largely be positive, if only for the potential to start filling a stable and stage concerts in the market square.