Of all the creatures and people I've run into in my time with the Mountain of Eternal Winter expansion of Black Desert Online, which releases today, the little fox guy who greeted me at the get-go has got to be my favorite. Lando gives off some serious goofy energy, which is much appreciated next to the rather dark and somber story Pearl Abyss is telling.

The Mountain of Eternal Winter is set in the southern regions of Black Desert Online's world, with the eponymous mountain at its center. Snow continuously falls on the land, covering the ground in a light blanket of powder. The people settle in for harsh winters that never cease. It's a striking difference compared to the more temperate climes of Calpheon in the north.

The region itself is beautiful, yet bleak. The central hub of Eilton dominates the central part of the Mountain of Eternal Winter, though it pales in comparison to some of Black Desert's other cities. The village is full of temporary wood huts and Yurt tents, which also speaks to the nomadic nature of some of the Mountain's inhabitants. Smaller camps and staging areas dot the landscape, but Eilton has some civilization if you're craving it on your journeys.

The latest expansion not only adds high-level content for adventurers, but it also adds a new tutorial area for newcomers and those trying out the new Drakania class. It's a nice change of pace, especially if you've leveled up multiple new characters in the past. As someone who has killed Red Nose seemingly 20 times on different toons, exploring the new region instead has been an incredible experience. 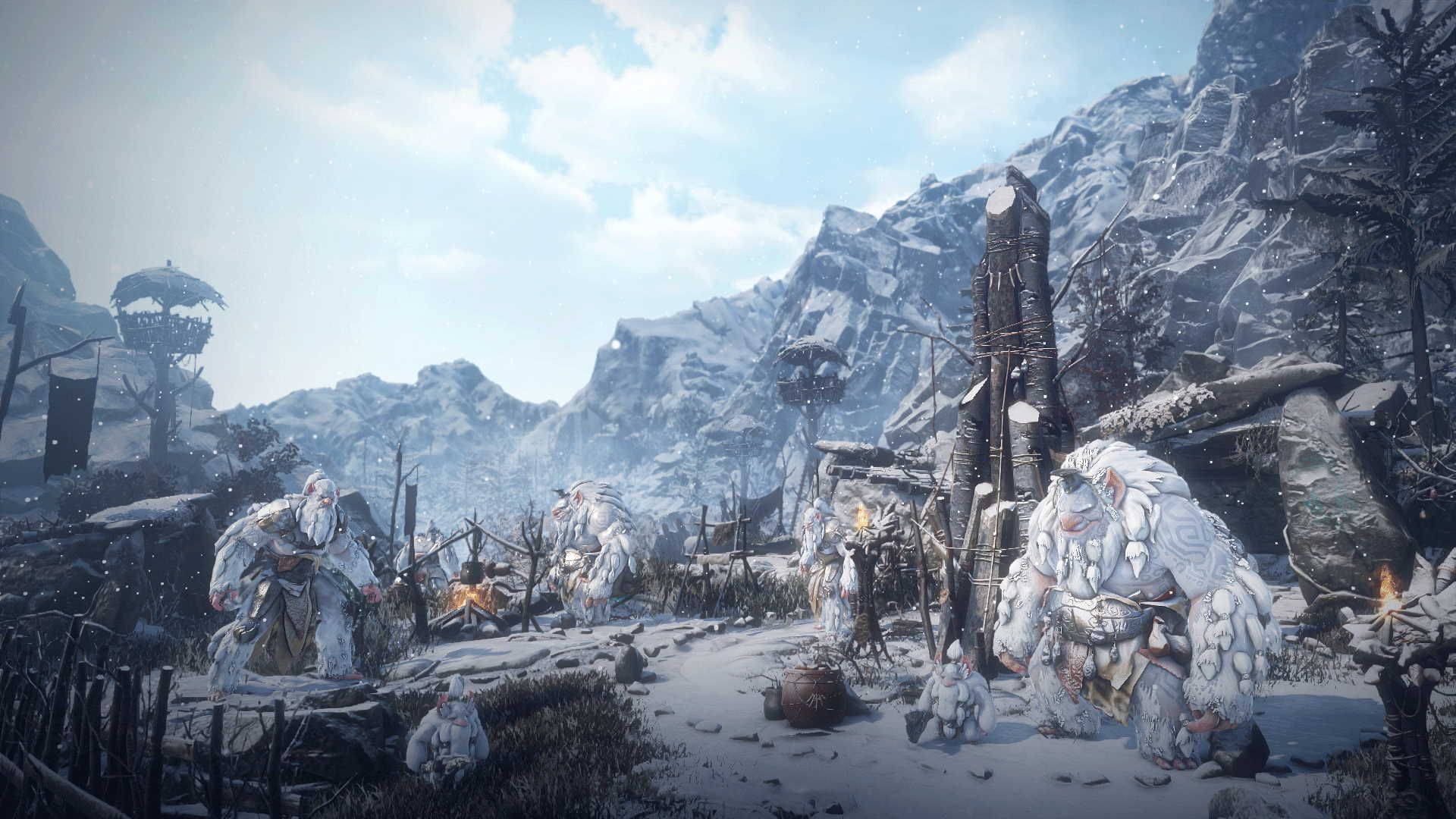 The somber attitude of many of the denizens of the region really helps set the stage for the expansion itself.  The tales of the great dragon Labreska dominates the settlements, and the shadow of the Mountain of Eternal Winter looms large over everything, especially with one of the main characters of the expansion, Lando.

Lando is interesting. He's chipper, scatterbrained, earnest - but he's also hiding a secret which players need to discover. The locals know him as the Khan's son, and seem to be more dismayed he's not as reliable as the son of the leader should be. However, I've come to appreciate Lando for who he is: a funny companion.

Black Desert's Black Spirit has always been the official mascot of the MMO. The story surrounding the Black Spirit and its dealings with the player has dominated the MMO for the past six years. However, it's been nice to see the Spirit take a more supporting role in driving the story forward this time. Lando is funny, and his humor goes a long way towards endearing me to the plight of the people of the Mountain.

It also helps that he gives off some serious Ryuji from Persona 5 vibes, who is one of my favorite characters in any video game, ever.

Lando tasks the player with climbing the Mountain of Eternal Winter for his own purposes, sure, but the journey to get there is incredibly endearing. Seeing Lando struggle with his own guilt, the expectations on him for being the son of the Khan, as well as living up to his own standards to help those around him is one of the best parts of this chapter. I don't want to spoil too much as well, but the play between Lando and another character you'll join up with along the way, Jordine, is fantastic. There is a scene where Jordine insults Lando, and while the former continues explaining his reason for joining you, Lando can be heard in the background, just going on and on about how he's not as he appears.

I found myself being unable to wait until I had to speak to Lando again - I wanted to know more about what he was getting up to. The banter between him and Jordine, who he calls a perpetual "raincloud," is some of my favorite writing and character development in all of Black Desert. Working with them to uncover the secrets of the Six Witches, which play into the larger story around the Eternal Winter and the Dragons at the center is a treat, and I can't wait to keep diving in.

The writing quality overall also feels much better with this expansion. The number of puns coming out of the mouths of characters made me cackle at my desk on more than one occasion. Seeing an NPC channel Boromir towards the beginning of the expansion had me stop dead in my tracks, blinking at what I saw. A little while later, seeing someone tell a creature to stay away from a specific part of the world because it "'tis a silly place," made me laugh even harder. While there are still some spots where the translation feels stiff, these moments - and the voice acting in general - is so much improved versus where Black Desert was when it launched years ago.

It helps too that the story is easier to follow as well. A lot of work seemingly went into this to ensure that the main story quests, while still feeling a bit on the rails, were more than simply slayer quests. Sneaking around large troll-like creatures to find seeds in a swamp, communing with a hawk friend and more have been rather fun to do, and definitely break up the monotony in the new tutorial area versus the original zone. While much of the quests will have you moving from one area to the next rather quickly, it did feel like a nice change of pace compared to previous quest chains.

We will have even more on the expansion in the coming days as we dive into the world of the Mountain of Eternal Winter now that it is live on the official servers, as well as more on the recently released Drakania class. Stay tuned!