I’ve been wanting to play Persona 5 since it first released, but just haven’t mustered up the time considering it’s a pretty massive game. Needless to say, I jumped at the chance to review Person 5: Royal, especially since from the long list of additions and improvements, it seems like the Royal edition is the definitive Persona 5 experience. So far, it has not let me down at all.

The main character is a high school student who has been sent to live with a family friend while he’s on probation after a run-in with the law. While I was able to name him what I wanted, his code name in palaces and mementos is Joker, which is what other characters call him when talking to him directly. Persona 5 also follows the silent protagonist model, but various animations help to convey emotions very well in every situation I’ve seen so far. In fact, outside of cutscenes, most of the characters are silent and just have quips, which they say whenever their dialogue comes up. However, each character is done so well that this is not a drawback at all. Though I do sometimes get annoyed reading too much dialogue in other games, yes voice-overs have spoiled me, I have not minded it once while playing. 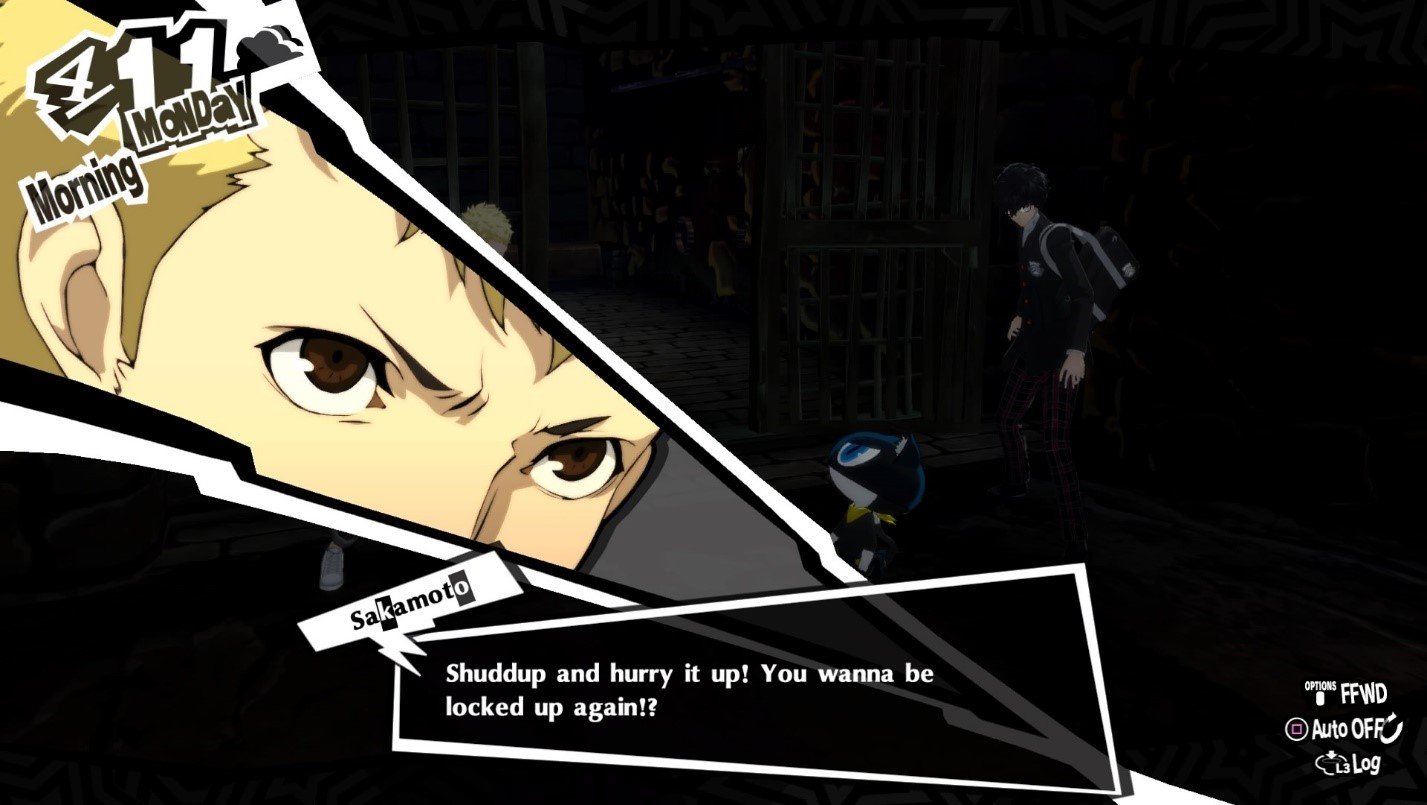 There are two main phases of Person 5: Royal, which have a lot of interplay together. The first phase is the Day phase, which consists of morning, afternoon, after school, and evening (there are some other delineations, but these are the main ones which generally matter). During these phases, you go to school and spend time working on improving your relationships with your confidants and improving your skills. There’s honestly a large variety of tasks that can be accomplished, and honestly, I usually have three or four things I’d like to do during each available timeframe. However, since most of the essential tasks will move the clock forward, planning out activities is necessary.

However, sometimes the best planning is laid waste by my confidants wanting to spend time with me. I started to keep a list of what my priorities were, so when an event in-game disrupted my flow, I would remember what my plan had been. I’ve also quickly learned to spend time with confidants when they want to is vital because various bonuses are unlocked as my bond with them is ranked up. For example, each member of the main party can randomly perform an attack when Joker attacks a target but does not kill the mob. These extra attacks always seem to have a significant effect on fights when they happen. 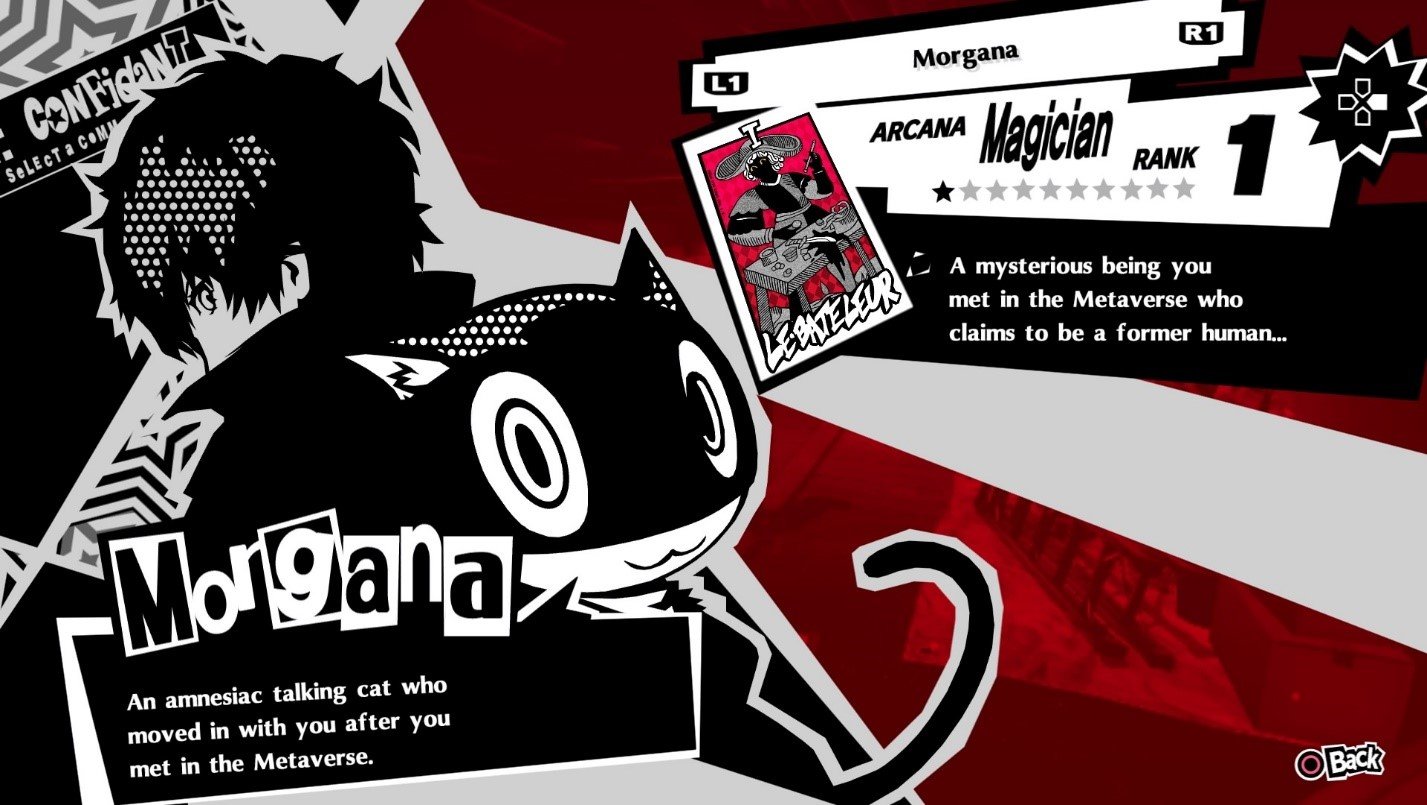 Of course, sometimes, multiple confidants want to hang out at the same time, which makes things more complicated. It isn’t always a case of picking one and then just taking care of the other in the next block of time either. Some confidants will only be available during certain times, while others will lose the invitation to spend time with them if I didn’t want to when they first asked. Having to make choices about how to spend my time keeps everything interesting. If I could just take care of everything without worrying about a deadline, the gameplay would get boring quickly. 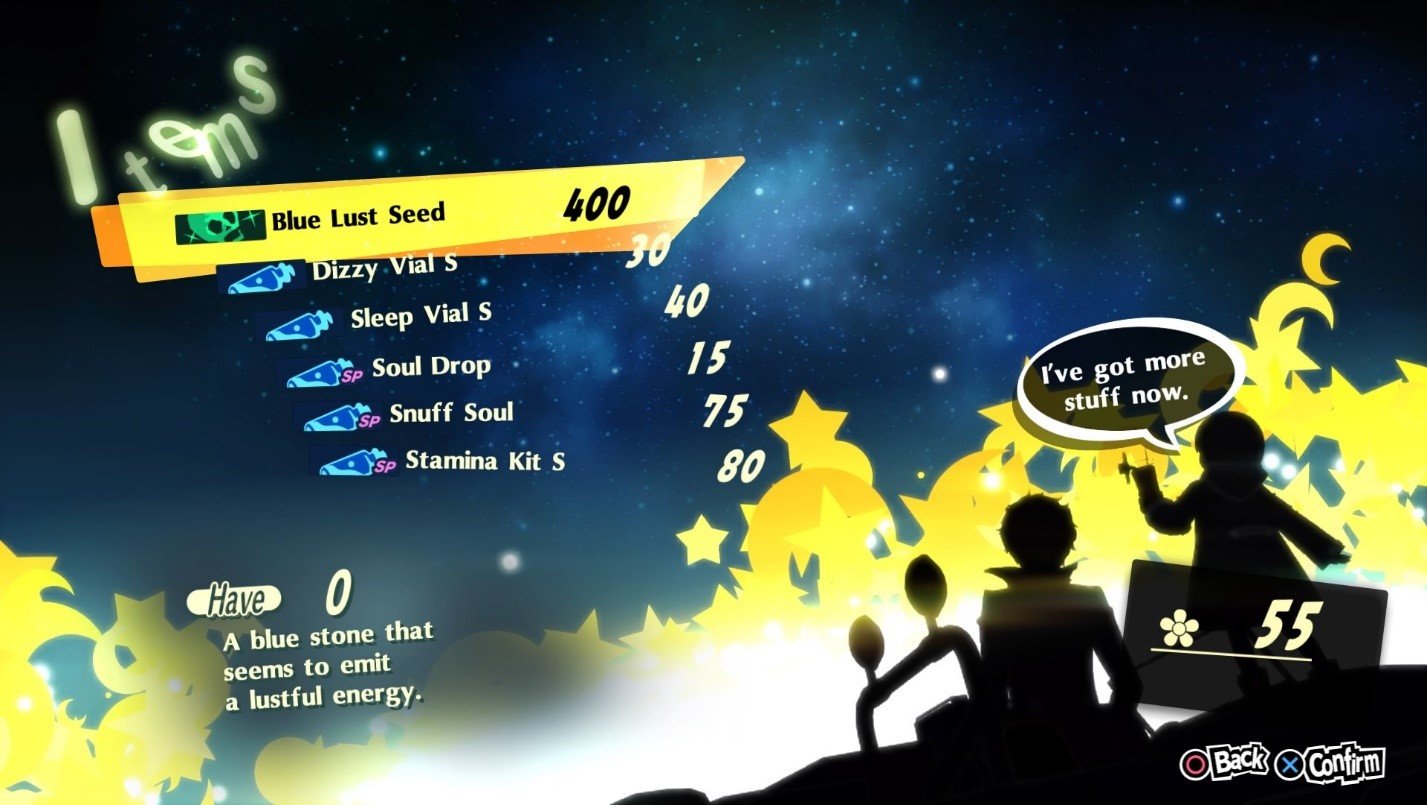 The second phase of Persona 5: Royal comes in when you are in a Palace or Mementos. Both of these are in the ‘cognitive’ world, which exists alongside the real world, but most people aren’t aware of it at all. Palaces are tied to the main bosses P5R, and there is always a deadline by which I needed to complete the Palace; otherwise, it’s game over. Mementos are more akin to smaller dungeons in which the layout of each floor is created when you load in. In fact, when I would switch levels and then return to a previous level, that floor would have a completely different layout. Mementos are a great way to earn extra items, experience, and money in-game they are also where I needed to go for most of the side quests. I’ve been having a ton of fun with both mementos and the palaces I have done so far. So much so, I suspect I might be a bit over-leveled for where I am currently in-game.

One of the new characters in Person 5: Royal is Jose, which I honestly didn’t realize he was new at first because the way he’s introduced was seamless. He’s an interesting little fellow who is studying humans and sets the task of collecting flowers and stamps in mementos. The flowers can be used to buy a variety of items from him, but the flowers which I hadn’t spent would disappear as soon as I left mementos. However, it’s easy to collect tons of them, so no big deal there. Stamps, on the other hand, persist outside of mementos, which makes sense because there are far fewer of those which can be collected. Stamps are used to increase the XP, items, or money in mementos. This can be done in any combination, and these changes were still in effect the next time I entered mementos. 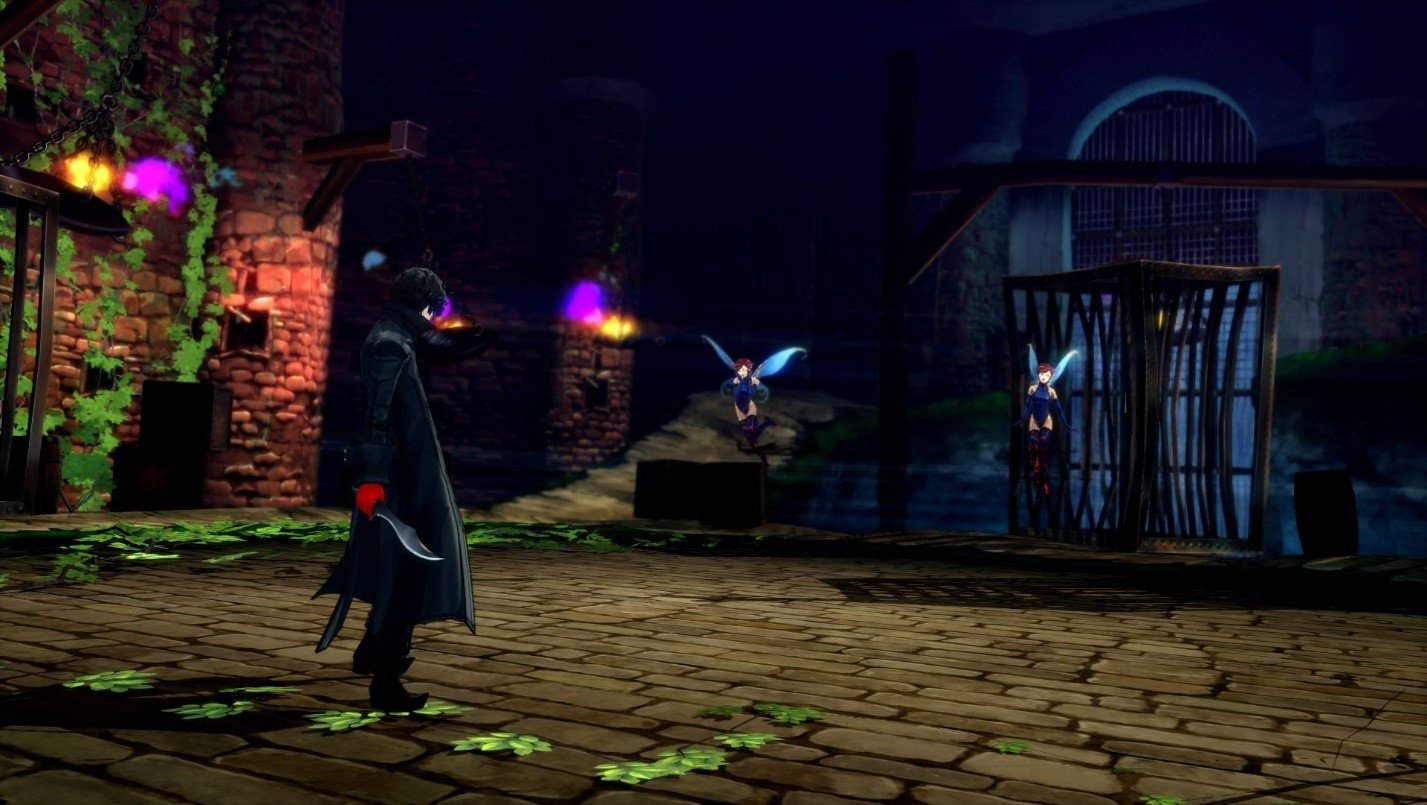 I also love the turn-based combat in Persona 5: Royal, mainly because it rewards skill and making good choices. Most of the enemies I have seen are weak to some kind of attack, and hitting them with that attack will knock them down (if it doesn’t outright kill them). When an enemy is knocked down, it grants the character one more attack, which they can either take themselves or initiate a baton pass to another character. A baton pass is particularly useful because it increases the damage done by the character who receives it. By smart use of personas and baton passing, it is possible to get through combat without the enemy ever getting to attack, which feels incredibly rewarding.

I’m only about halfway through the base game, but so far, I love the heck out of Persona 5: Royal. In fact, whenever I get a free moment, my thoughts immediately turn to “oh, I think I could squeeze in some P5R”. Between the characters and the engaging gameplay, Persona 5: Royal seems to be the full package of a great game.

Full disclosure: Game code provided by ATLUS PR for the purposes of this review.