XL Games has filed for a trademark for the title ArcheWar. While there’s nothing more to the application, which was filed yesterday, according to a screenshot shared on Reddit, there is obvious speculation that this is either the ArcheAge 2 that was confirmed in Korean media back in 2020 or a sign of a  followup or other expansion in the ArcheAge franchise.

While this is just one trademark application, and it is waiting for approval, the title isn’t one we’ve seen before. XL Games is working on a blockchain-based MMORPG, ArcheWorld,  which is intended to be a new experience within the IP. The goals for ArcheWorld is to expand upon ArcheAge and present additional opportunities in the play to earn and NFT spaces while actually applying to a fully developed MMORPG. 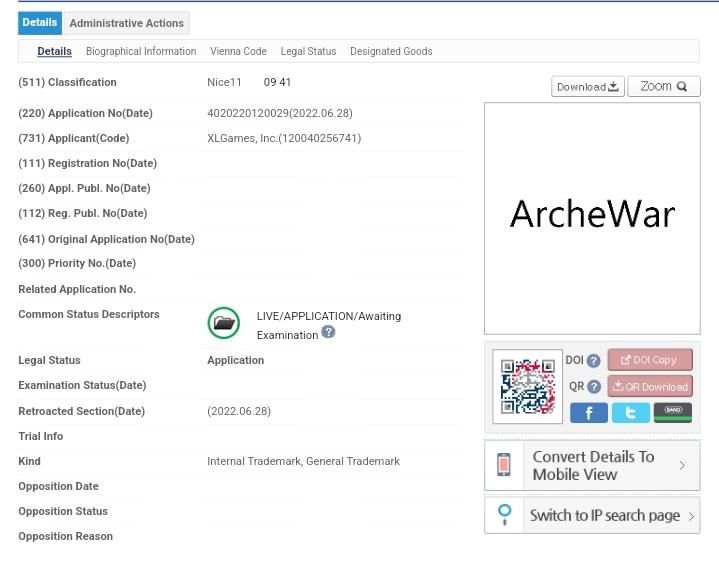 While ArcheWorld is in development, there isn’t anything to go on with ArcheWar just yet, but it could be another project built upon the ArcheAge IP, the announced sequel, or something else.

An ArcheAge sequel was confirmed back in September of 2020, and that the game would be built in Unreal Engine 5. There were few details with that initial announcement, but XL’s Jake Song did note that the team’s goal was to create something new that takes place in the same world as ArcheAge that is deliberately focused. They want to create something that isn’t trying to be everything to all players.

Without additional word on an official ArcheAge sequel since the announcement, the trademark filing for ArcheWar does bring up some questions. While we know that XL is working on the blockchain-based followup, maybe this name being revealed via trademark application will lead to more info being officially announced sometime soon.