It has been over a decade since World of Warcraft: The Burning Crusade was introduced to the game. In that time, new players have come and old players have gone, and Blizzard has released a short lore video that is sure to get players up to speed with parts of the lore they may have missed, or forgotten.

In today’s video, a brief overview of the Burning Legion shows how the legion took shape and now has their sights set on Azeroth. The Burning Crusade Classic expansion launched today, moving the Classic servers ahead, while not releasing with the highly anticipated PvP update, 9.1 Chains of Domination that we reported late last week.

In addition to the launch of The Burning Crusade Classic, and the Burning Legion lore video, Blizzard has also announced that there will be limited free character transfers. These character transfers are dedicated to certain realms, and in some cases particular factions. Community manager Kaivax explains that transfers could take several hours, and follow a series of stipulations, including some cases where characters may not be able to be transferred until certain conditions are met.

Below is a list of the realms that players can transfer from, including which factions are allowed to initiate the free transfer: 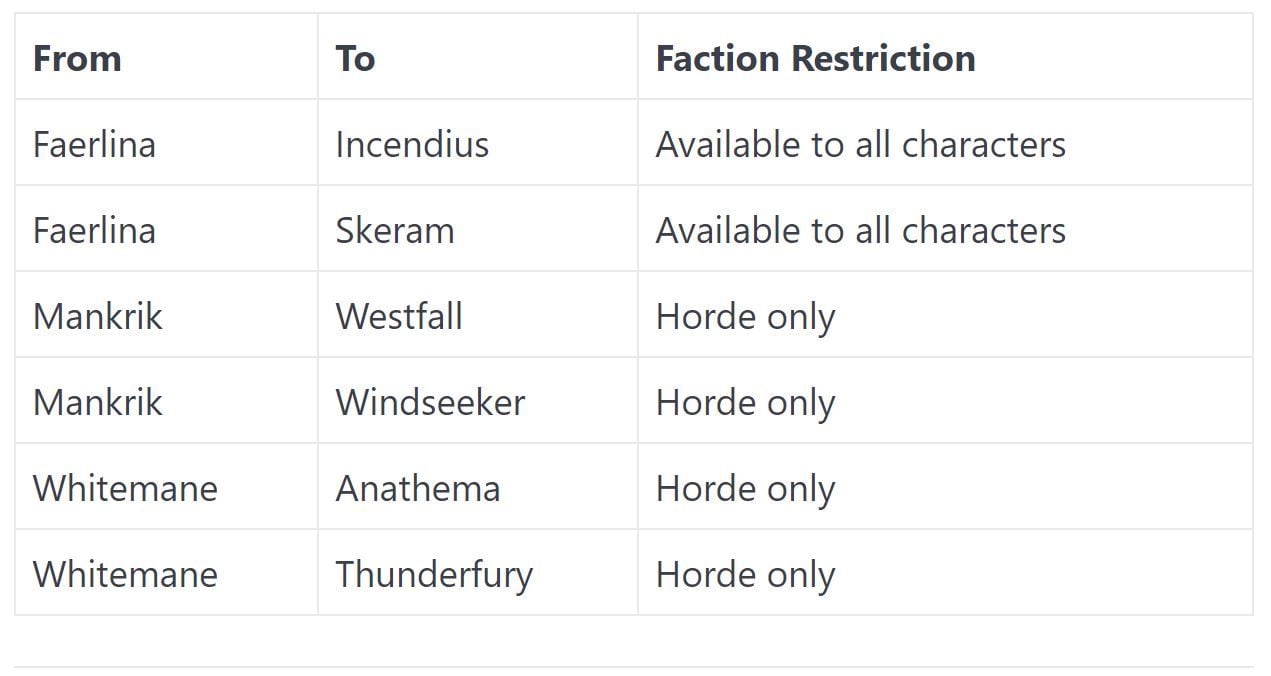 No specified details were provided regarding a time frame for how long the transfers will be available for, but Kaivax has stated they will monitor transfers and close free transfers if necessary, meaning that if you do want to transfer off one of the aforementioned realms, you should do so as soon as possible.