Blizzard announced this morning that World of Warcraft: Dragonflight, is now available for pre-order, listing prices, and content for three separate versions. Additionally, Blizzard confirmed that players will experience Dragonflight sometime this year.

There will be three versions of Dragonflight: the base edition, the Heroic edition, and the Epic edition. The main differences between the three are simply the number of digital add-ons each version sports, such as the inclusion of cosmetics, game time, and more.

If you want something more tangible with your World of Warcraft: Dragonflight version, a physical Epic Edition Collector's Set is also available on the Blizzard Gear Store, running $129.99. This version will include the Epic Edition digital goods, as well as a mouse pad, The Art of Dragonflight hardcover art book, and a pin collection set. 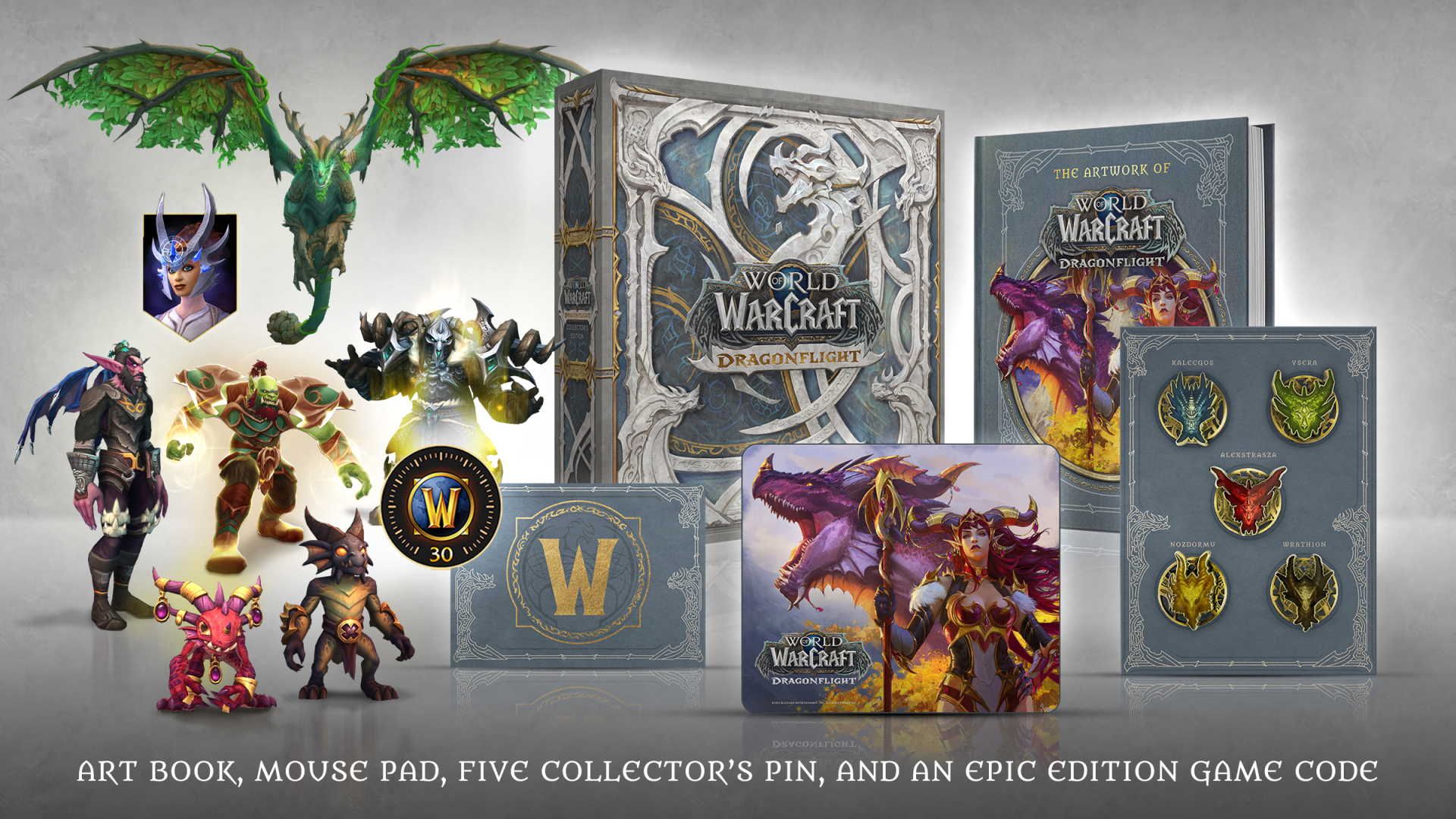 While we don't have an official release date just yet, we do know that Dragonflight will release at some point this year. Hopefully World of Warcraft: Dragonflight's return to the Dragon Isles can reinvigorate the MMO in new ways, especially as we see the Dracthyr, WoW's  new race and class in a while, as well the new, almost eponymous mechanic, dragonriding. Dragonflight will also push the level cap up to 70 and take players to four new zones later this year.