It’s an exciting time in MMO history, not just because MMO’s are seeing a tremendous upswing over the past few years, but that new companies like OpenDive, a blockchain and gaming technology company, have thrown their hat into the ring, as a rising number of blockchain-based games enter development. OpenDive’s upcoming MMO, OpenEra, essentially plans to create a RuneScape-like game, but in the Crypto age.

The OpenDive founders’ team is made up of Irvin Cardenas, who has worked for NASA and Goldman Sachs, Tina Xu, who worked for NetEase’s marketing department, and Shawn Lin, who has worked in the VR, MR and AR space for NASA with a background in 3D-graphics development. OpenDive has received grants and early funding by Solana, which is a blockchain infrastructure, and Serum, which is a decentralized exchange and ecosystem built on Solana.

OpenEra, whose name was decided through a community initiative on Twitter back in April, is in an alpha stage of development, with 50 current testers that they plan to expand to 100 later this month. The team is comprised of 6 members, and was bootstrapped, meaning that they built the company initially with their own funds, alongside seed and grant money. While OpenEra currently has a distinct vision in place, OpenDive has a long-term ecosystem planned, as they build out a metaverse, where interoperability between future projects will also work within OpenEra.

Thus far, information has been scarce when it comes to the features OpenEra will have, but in a CryptoChicks Hatchery Pitch video from June 5th, Cardenas outlined what the thought process has been up to this point in building OpenEra and what’s headed down the pipe later:

“We said, ‘Why don’t we really try to bring RuneScape into the crypto world’ so, have the same mechanics as RuneScape, an MMORPG, with a little bit of a twist in terms of the storyline, but integrate De-Fi. So you could imagine being able to trade gold or in-game assets, or leather, in the game itself, and you as a character, being able to create your own trading post, or your own exchange, because we provide you the mechanisms to do that.”

When playing OpenEra, obtaining materials and assets will become fully tradeable non-fungible tokens that players can choose to keep, trade, or use later on. In the current version of the game, several mini-games will allow players to participate in tournaments, such as a fishing contest, or a battle royale mode. These tournaments are what Cardenas considers, “no-loss” tournaments, where money is put into a liquidity pool (think of this like a savings account), and earns interest over the course of the tournament. At the end of the tournament, interest earned from the staked assets will be divided as the reward for the tournament winners, while the initial investment from the rest of the players that didn’t win, is refunded. We look forward to learning more as to how OpenEra’s tournaments work, and how OpenDive protects from impermanent loss, where your staked currency potentially loses value during the time it is in the liquidity pool.

As you play and level-up, players skills will be recorded on-chain, meaning they will be recorded in the Solana blockchain, and be available to them when the game launches. During a previous stream during the Solana DeFi Hackathon, Cardenas noted that OpenEra will actually have new eras to transition to, and the team is planning to allow players to choose whether they want to advance to different eras, or stay in their current one. Each era will have new weapons and new clothes for players to obtain. 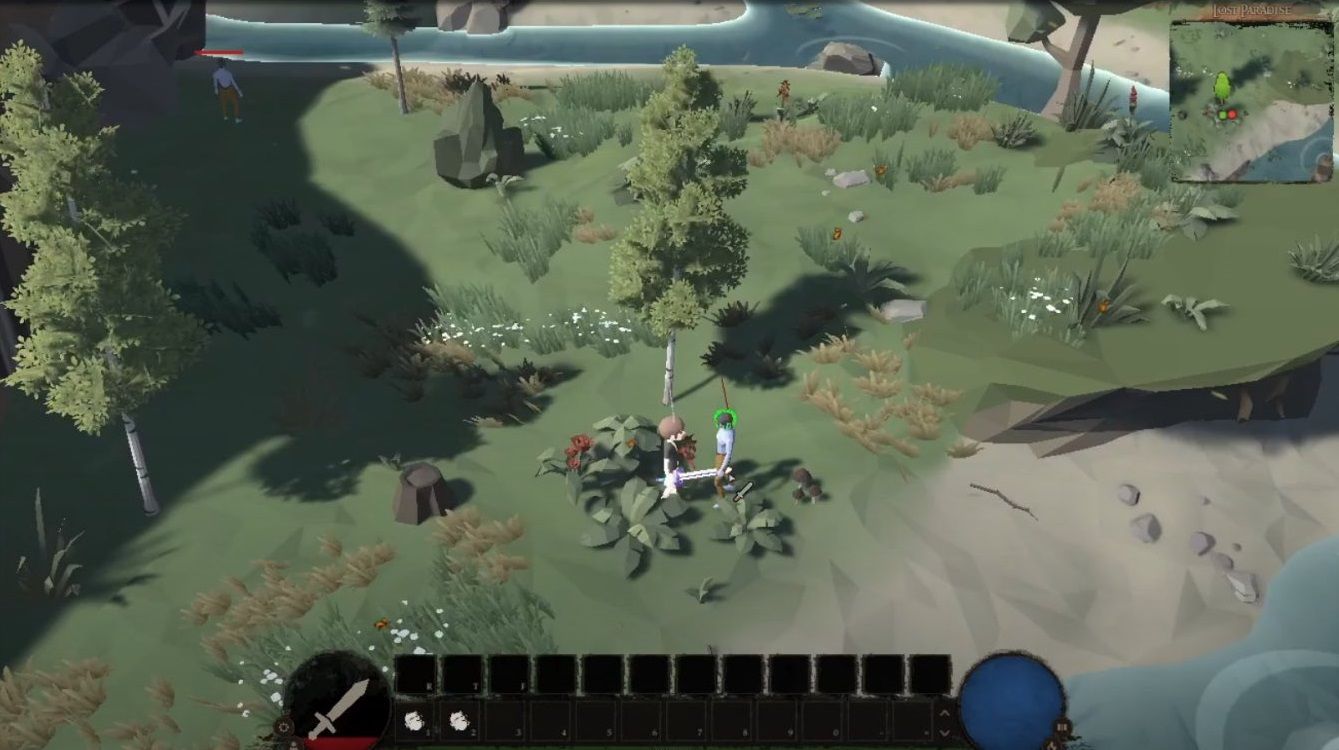 One unique feature that the team is trying to figure out how to implement revolves around the ability for players to tokenize their characters, effectively turning them into NPC’s that can be tradeable, or that will stay in an era and interact with players. The premise opens up a lot of interesting opportunities for players that are looking to make their mark on a game world even after they’ve logged off, or moved on to other games.

OpenEra is still in early development, and plans to launch with a native PC client, through a web browser, or on an android mobile device. It’s clear that OpenDive has an ambitious project on their hands, but creating a vast, accessible, and fun MMORPG inspired by RuneScape may be biting off more than a 6-developer team can chew.

Currently, OpenEra has only been detailed in streams primarily focused on the blockchain and crypto-aspects of the title. At this point, neither OpenEra nor OpenDive has much of an online presence, as the website simply has a countdown timer at 0, with no other information regarding any of their ongoing projects or company.  Perhaps it’s too early for any real developmental status on OpenEra or their metaverse-in-the-making, but with the promise of another public alpha release pending, we hope it will shed some more light on the project.