In the press release released on Europa.eu, the publishers restricted cross-border sales and geo-blocked activation of PC games on Steam, which the Commission has determined is illegal. According to the Commission, bilaterally agreeing to geo-block certain games outside of a territory, violates antitrust rules and the fine each publisher will experience is listed below; fines were reduced for publisher’s that cooperated, Valve refused to cooperate and did not receive a fine reduction resulting in a € 1,624,000 fine: 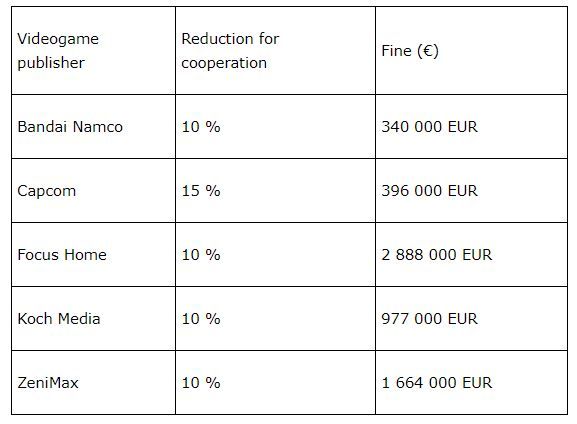 You can read more about the background of the investigation in the official release. You can also read Valve’s response that they provided in a statement to PC Gamer earlier this week.