It has been a while since the Iron Gate team has given an update on Valheim, with little since the Xbox announcement. While the Mistlands aren’t ready yet, the team is back from some customary summer vacation time over in Sweden, and we should see more soon. However, they do drop a few hints at what progress is being made.

First up, the team acknowledges previously-cited stability issues and crashing that has been happening, and are testing a fix that should be ready soon. Since this isn’t a new issue, there is also some guidance on how to try to restore progress should your game crash.

For a while now, it always comes back to The Mistlands, and this update is no different.

“ We are also working on the Mistlands! It’s going to be quite a chunky update, with a lot of things we haven’t shown yet. Naturally it will have new resources, which also means new recipes. The other week, for example, one of our 3D artists did a lot of work on the food for the biome. The balancing still needs some work, but the menu is mostly set. Any guesses as to what the various meals could be?”

There is a preview image showing food on a table, so may the guessing begin. 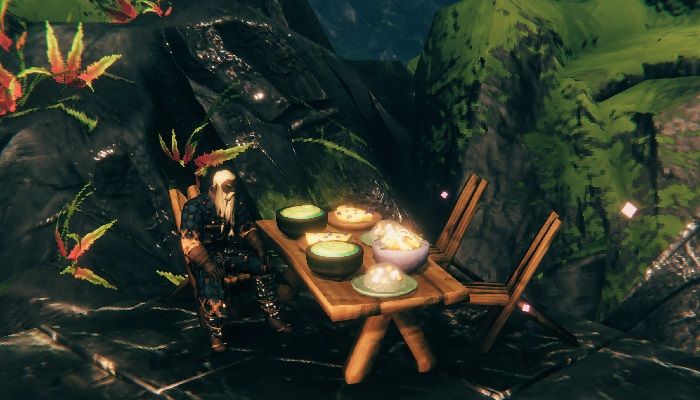 They're also bringing us back to the Black Marble material that will be new in the Mistlands. There was a previous teaser showing off some of the things you'll be able to build with the new material, and there's another new preview for that one too.

Remember when we showed some Mistlands locations and you wondered if you’d be able to build them too? About that… ???? #Valheim pic.twitter.com/RBLiD1rti3

So there are a couple of hints and more wait time ahead, but Iron Gate’s update does confirm a fix for crashing will be out soon and let the anticipation continue for the next biome.