The Elder Scrolls video game series has long been known and loved for its outstanding soundtracks. Most recently, composer Brad Derrick scored the music for the Elder Scrolls Online and all of its expansions and updates. But the world of Tamriel is about to get a new sound, with heavy metal band Trivium joining the party.

Trivium lead singer, guitarist, and popular Twitch streamer Matt Heafy released two new songs today in collaboration with the Zenimax Online Studios (ZOS) team: one from Trivium the band and one from Heafy himself. We sat down with Heafy, Derrick, and ZOS Studio Director Matt Firor to learn how this all came about.

One of the songs is Heafy’s take on a bard song (and a book) found in ESO called Reach Witch Chant. A slow-building and ultimately heavy rendition with a blend of both soaring and screaming vocals, Heafy’s version brings the fierce Trivium style to a Tamriel bard song classic.

The other new song, The Phalanx, will be included on Trivium's upcoming album, In the Court of the Dragon. A 7-minute assault of metal with killer riffs and crazy time signatures, The Phalanx was originally written for the band’s fourth studio album, but was never finished.

“That song was originally written for our fourth record, but couldn’t figure out how to finish the middle,” Heafy said. As for Reach Witch Chant, he noted that it already sounded like it could be heavy metal, so he just transformed it into the ESO-inspired metal tune that it became. The video for the song even includes ESO gameplay. 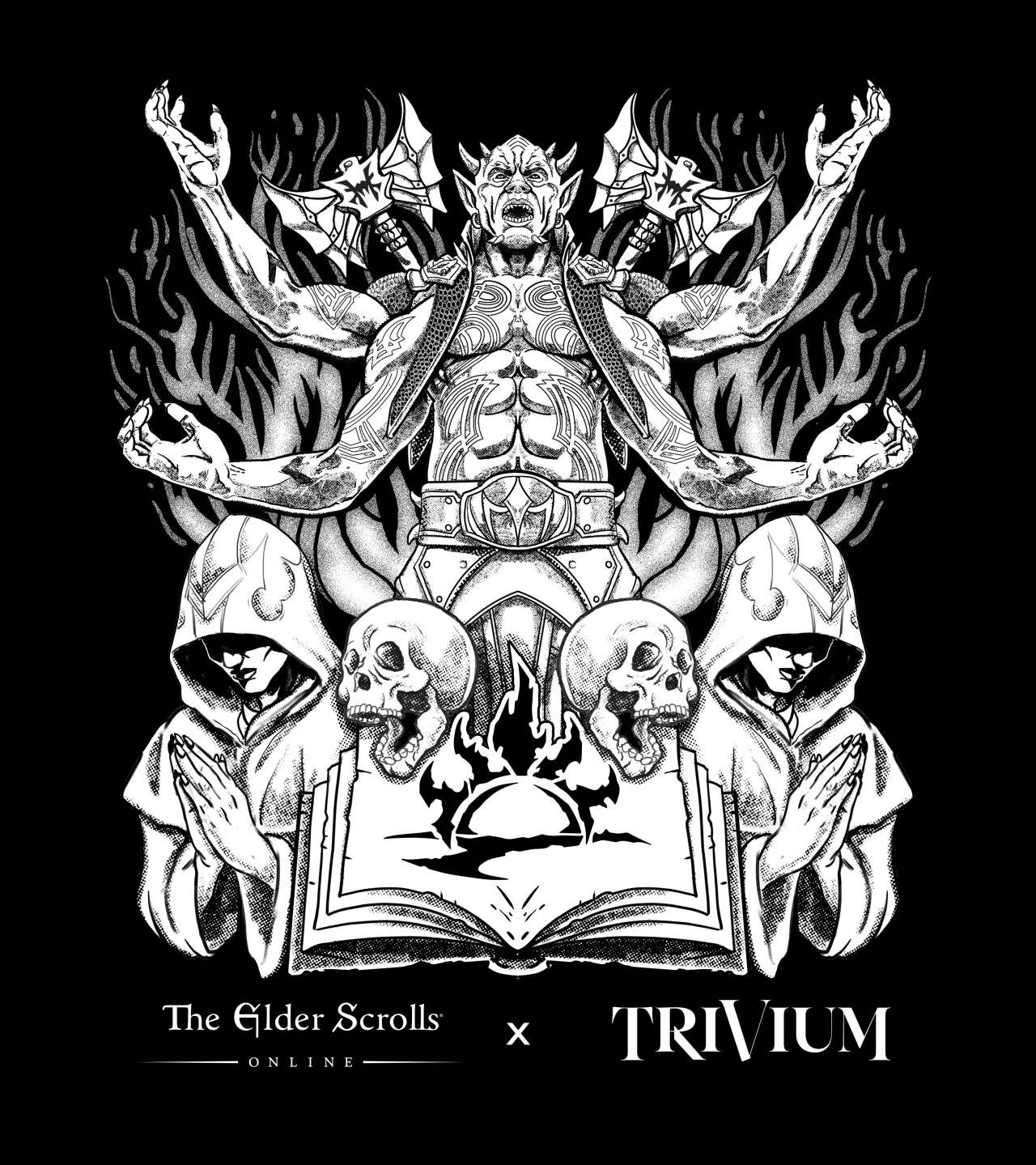 Heafy himself is a self-described hardcore gamer and streamer, so bringing together Elder Scrolls and his music just made sense. “When I heard, ‘ESO wants to work with you’, I thought that sounds incredible!”

“We all start from Tolkien, with themes that branch out from that, dark and light, “he said. “We tell stories visually, Trivium channels it into kick ass music. We wanted to reach out to them, not just because they’re a great band, but thematically similar.”

For his part, composer Brad Derrick sees himself as a bridge between being a game developer and a musician. So when the opportunity came up to work with Heafy, he knew it was a great match.

“We gave Matt a handful of bard songs to choose from and we said, ‘Give us your most metal song,’” Derrick said. “The metal DNA is already there (in Elder Scrolls music), so Matt found that and blew it open.”

Heafy, a self-described fan of all things Elder Scrolls, has been a gamer long before becoming a metalhead.

“Games have been a huge part of my life,” Heafy said. “I started playing games at 4 and joined Trivium when I was 13. I’ve never been shy about saying that one of my goals in life was to get into soundtracking games.”

With Heafy and Trivium now contributing to the sounds of Tamriel, the Elder Scrolls Online will never be the same. Both Reach Witch Chant and The Phalanx are available now.