It's been over a month since Torchlight III officially launched, and the team at Echtra Games is taking a moment to reminisce as well as look to the future.

The team looked back on the October 13th launch, celebrating the four-year journey of Torchlight III's development from MMO to its ARPG roots. The team has created "thoughtful, but sometimes difficult post-mortems" which Echtra is using to help inform future updates.

One update they are teasing right now is the upcoming Snow and Steam patch, which brings....well we don't quite know much yet as it's more of a tease than anything. However, based on the image caption, we can surmise at least that a dyeing station will be part of the update. 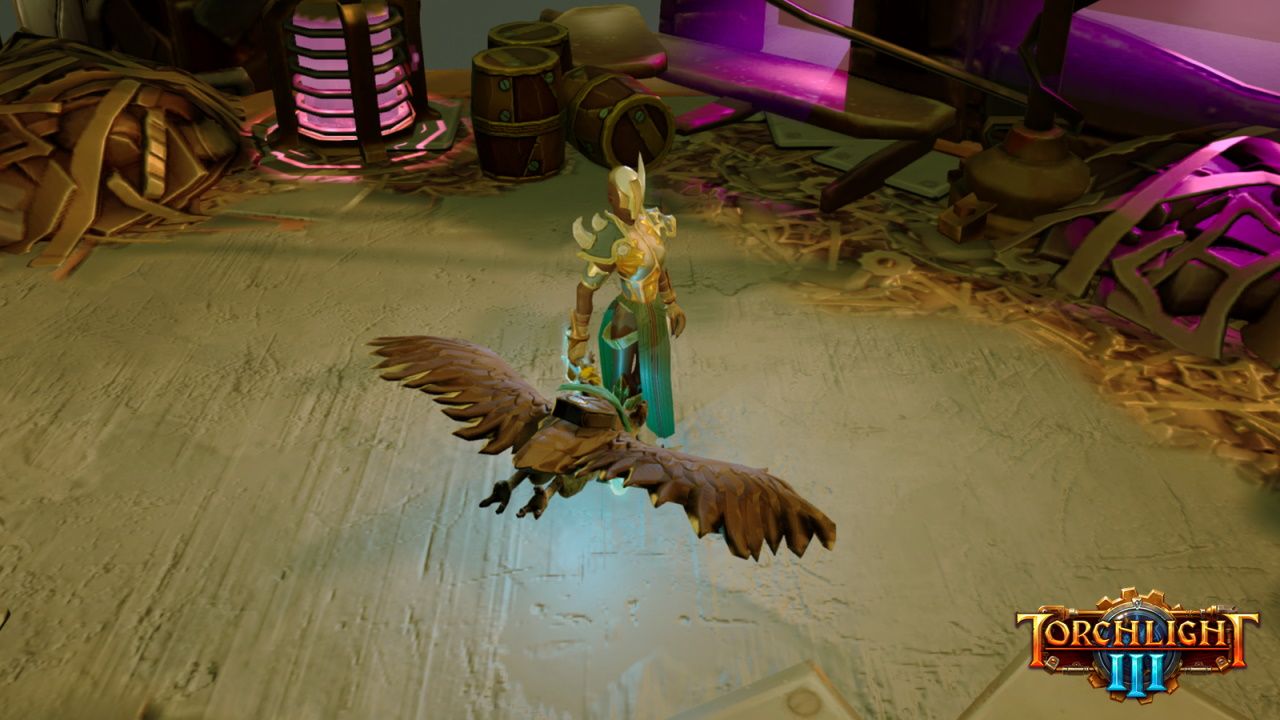 Another image talks about a "chill" weapon, though the actual weapon is obscured by bird instead of actually showing it off.

The dev blog also talks about community concerns and what the team is doing to address those concerns, specifically concerns surrounding drop rates on items, especially legendary drops. Echtra states that the drop rates are still higher than they'd like (they want them around 3 per hour), but are more concerned with making sure players are happy with the items they are actually getting versus tweaking that down right now.

You can check out the full update on the Torchlight III website.