Revealed tonight on the anticipated Announcement Showcase, the next expansion of Final Fantasy XIV was revealed to be called Endwalker. The next chapter in the saga is coming this fall.

The new expansion was revealed in a trailer that kicked off the announcement showcase is expected to hit in Fally 2021, though Naoki 'YoshiP' Yoshida (through his translator Koji Fox) on stage did say that the release date of Endwalker was affected due to the pandemic.

You can check out the Endwalker cinematic trailer below:

Endwalker will feature two new jobs, specifically covering roles such as healer and melee DPS. This was based on feedback from prior FanFests as well, as many have expressed to the team the need for more healer roles. The class the team revealed today was the Sage with a flashy new video showing the new healer in action.

The Sage's weapon, the Nouliths, is a FFXIV exclusive, and is controlled by the Sage's magic. There is no required class, but you must have at least one level 70 job and purchased the Endwalker expansion itself to access. 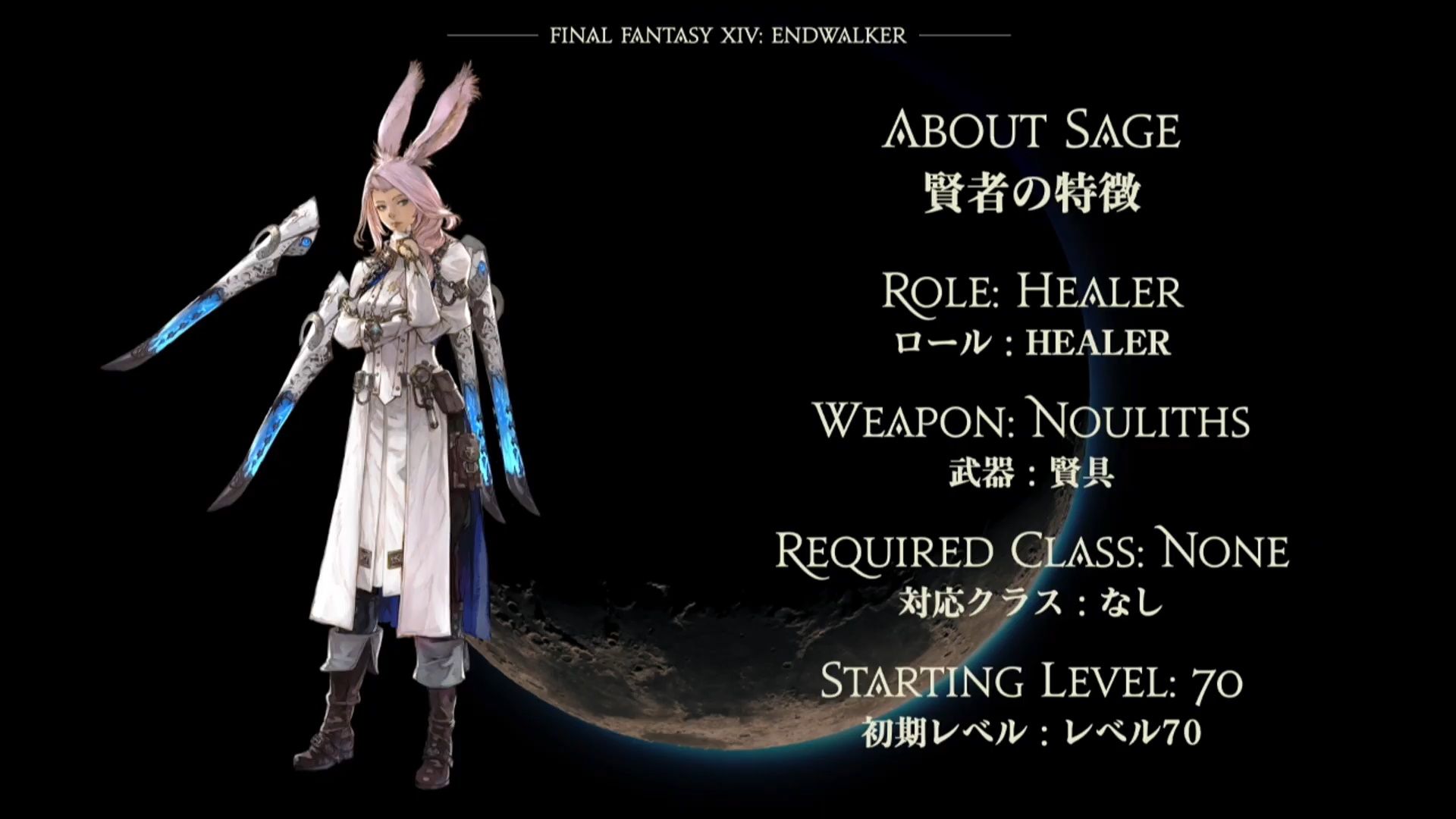 Here's a bit of the Sage in action:

The second class will be revealed later in the year at the planned Digital FanFestival in May. 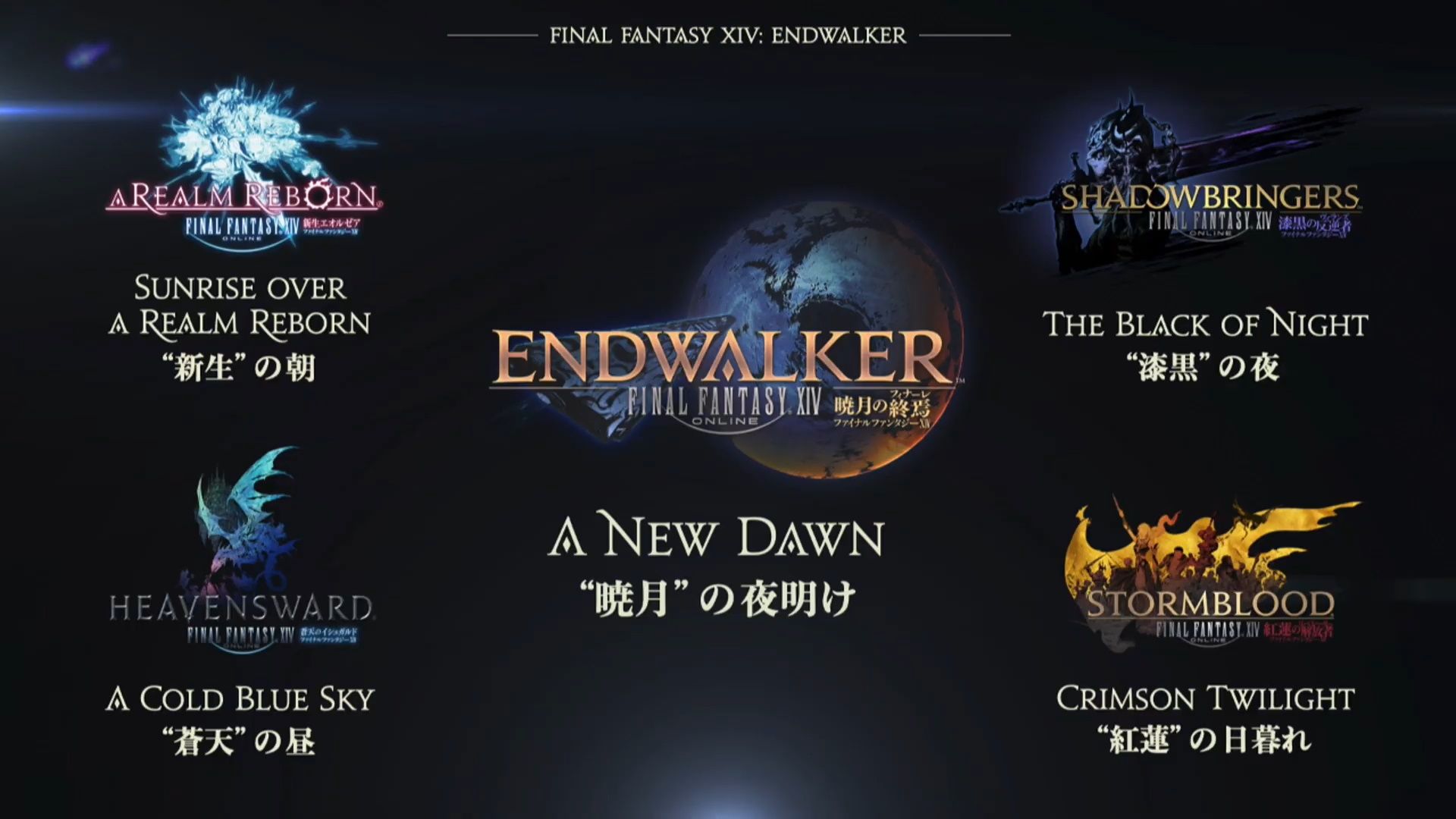 As far as Endwalker's story, the Final Fantasy XIV sets up the conclusion of the current arc.  However, Final Fantasy XIV isn't ending there, but rather is sending the Warrior of Light on a journey to the Moon itself to "find out what is going on and to save the planet." 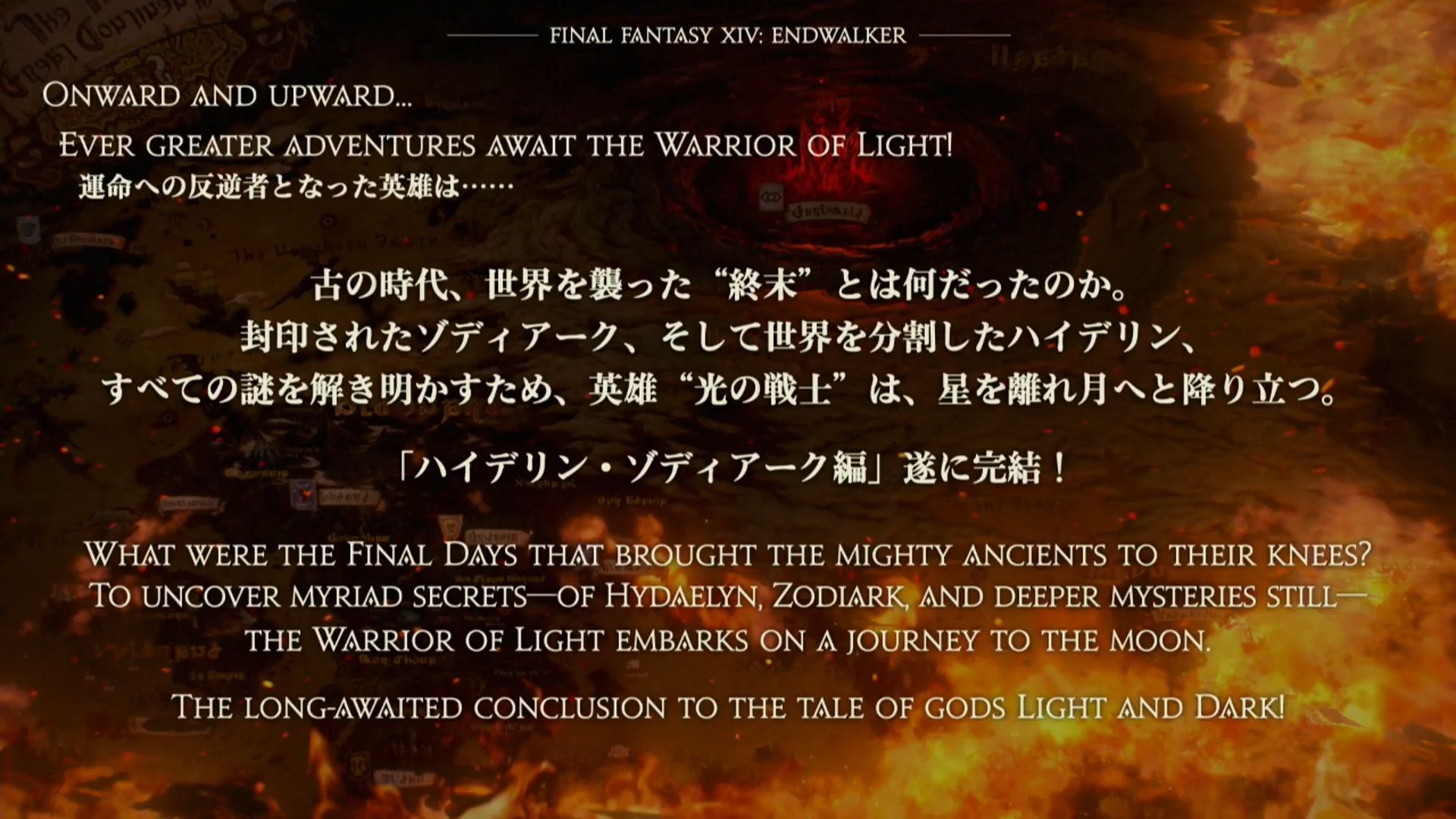 Endwalker will see an increased level cap, from level 80 to 90.  The new update will also see new areas, such as the new city of Radz-at-Han. Radz-at-Han will bring players to the island of Thavnair, an area with a "sub-tropical" feel. 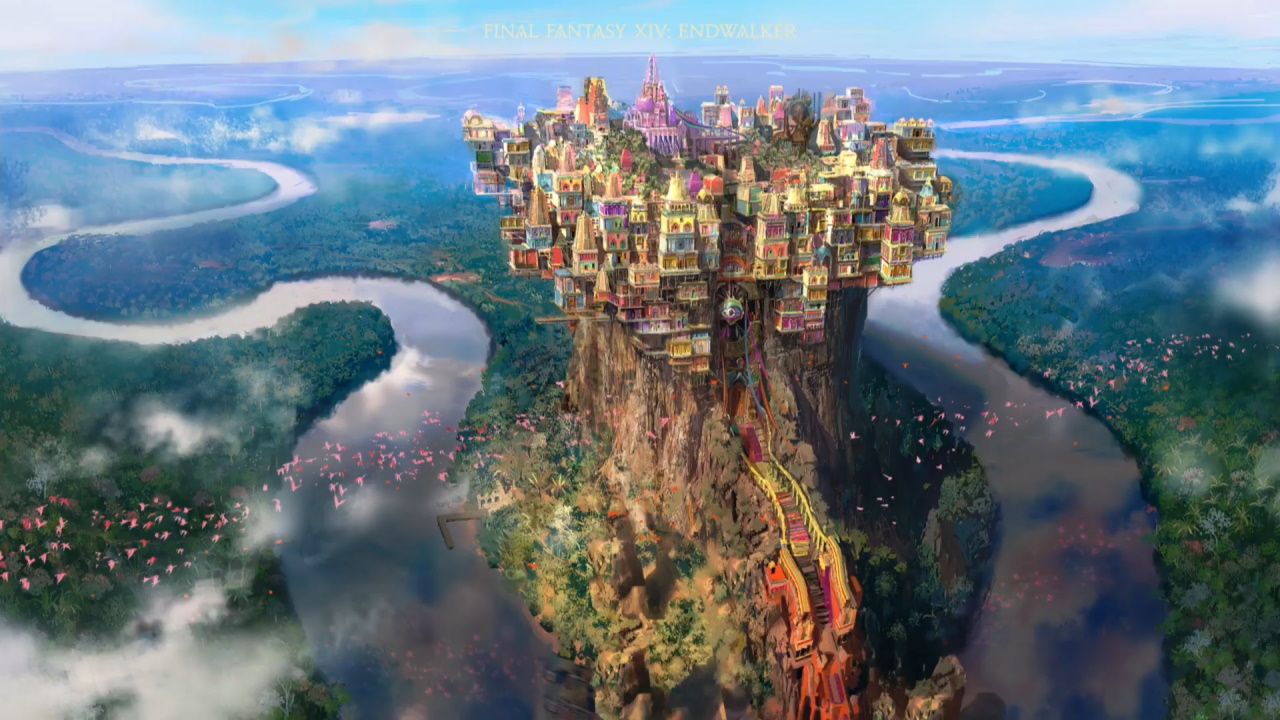 The FFXIV team also showed off the capital of the Garlean Empire, Garlemald. The capital looks run down and ruined, and the team teased an intricate story to explain exactly why it is the way it is. 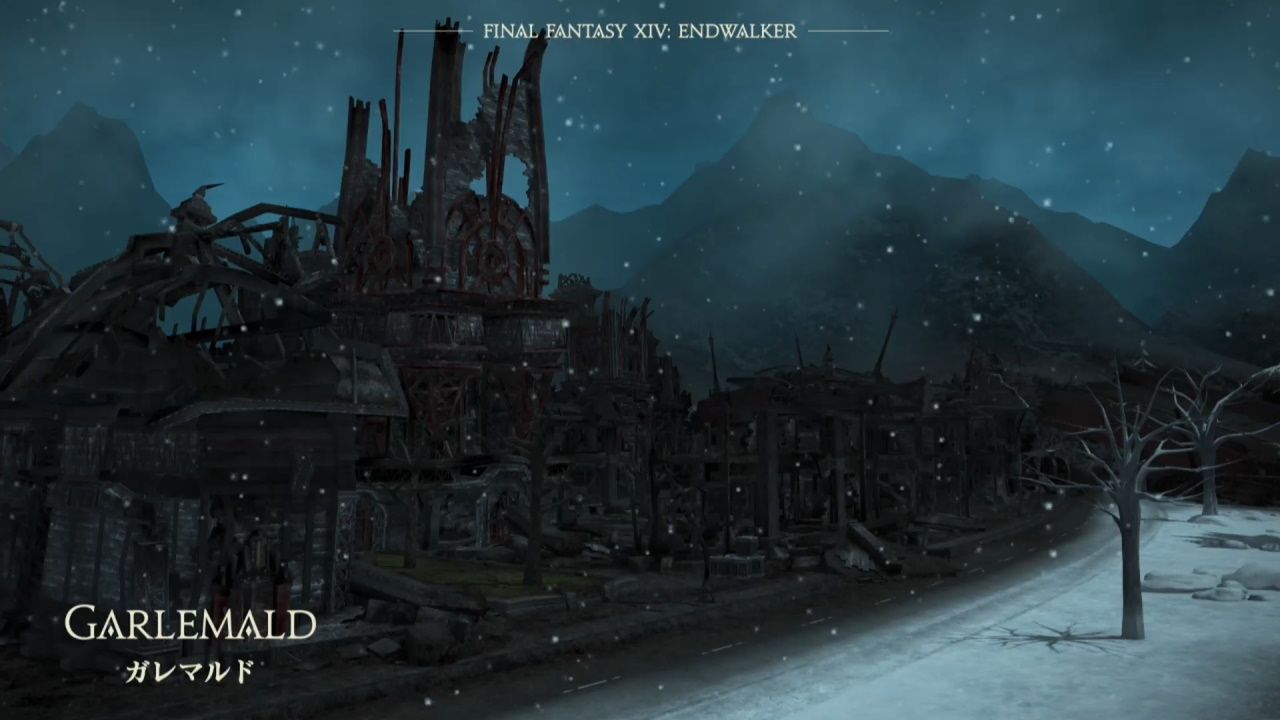 Yoshida also showed off the new tribe, the Matanga, coming to Endwalker in 6.0 in Thavnair. The Matanga, from the Arkasodara tribe at least, are going to be a bit friendlier than the previous Matanga they might have come across in the past. 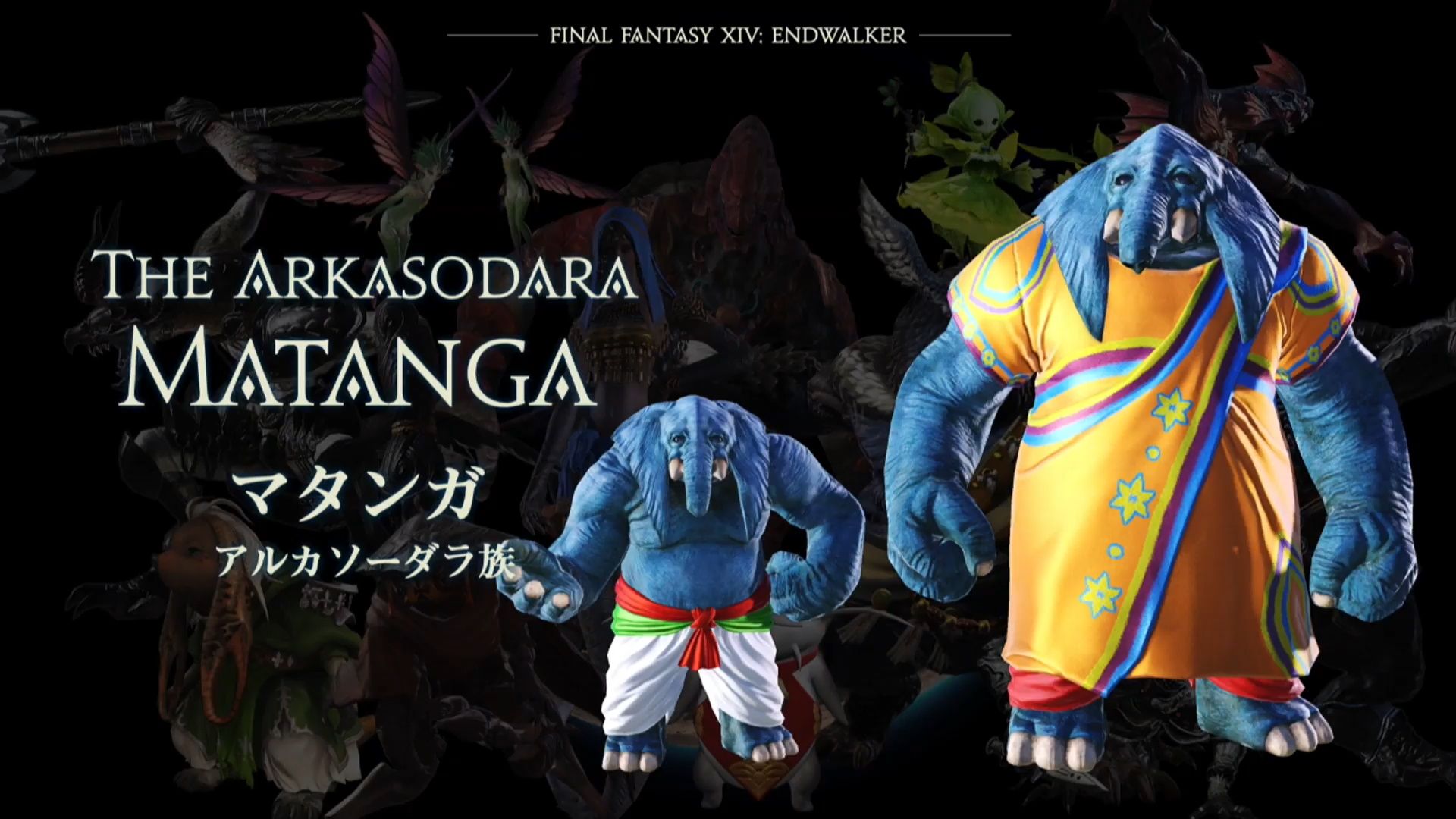 Final Fantasy X players might recognize some new threats as well, as Anima is coming to FFXIV. Also coming with Endwalker will be new dungeons, showing off some concept art of the places players can expect to find themselves when 6.0 hits later this fall. 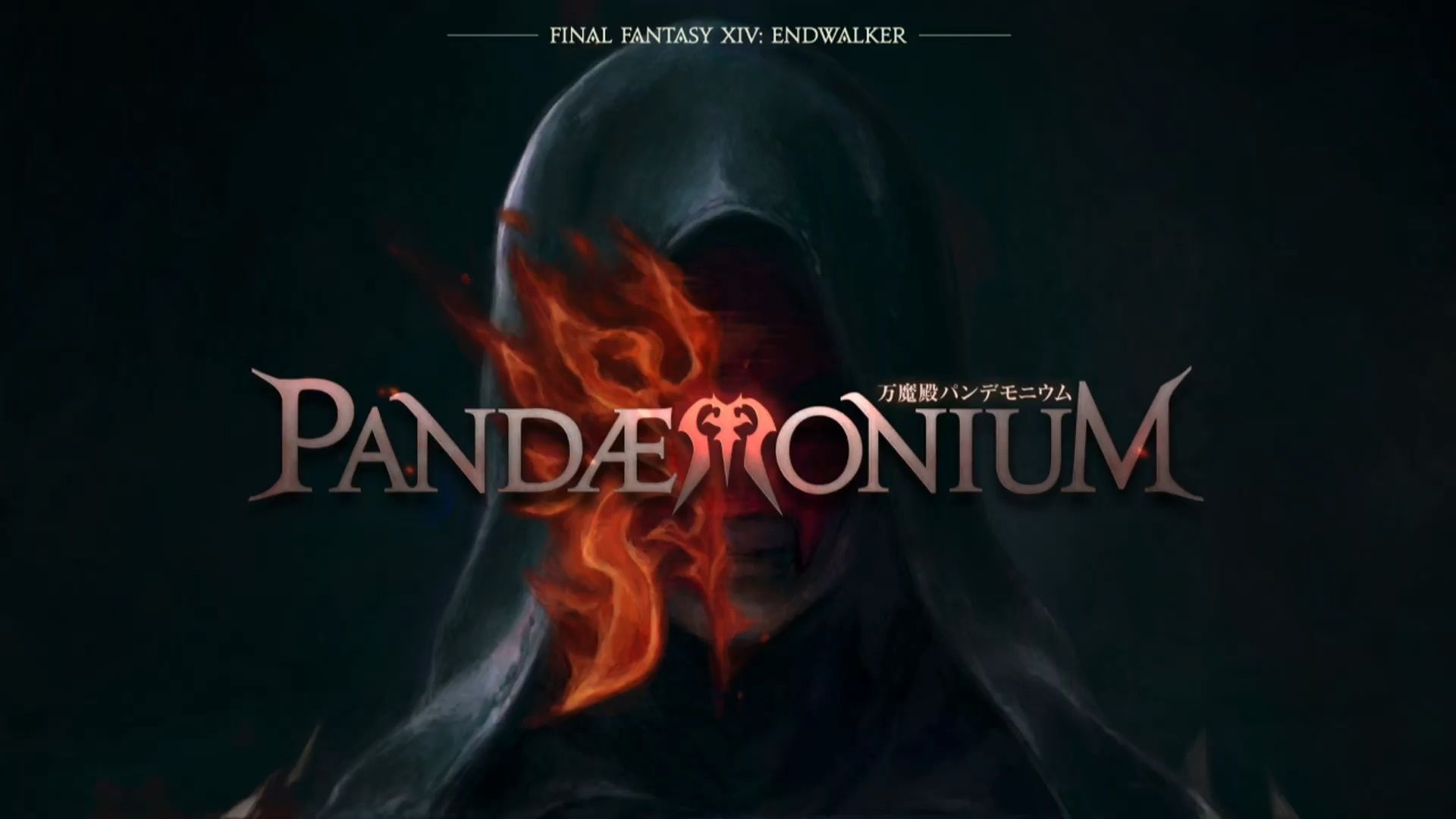 Pandaemonium isn't the only raid coming, but a new alliance raid will hit with Endwalker, with the current Neir-inspired raid being completed in 5.5. The new raid will be a completely original raid - not a cross-over - and will be detailed more in May.

Endwalker will also feature new small-scale PVP content, creating a more casual and immersive experience.  Endwalker will also have a new reward system with this new feature that won't focus so much on gear in order to open it up to more new players.

The Trust system will also see the Dragoon Estinien join the Trust system. More about this and his motivations will be revealed in patch 5.5, according to Yoshida. 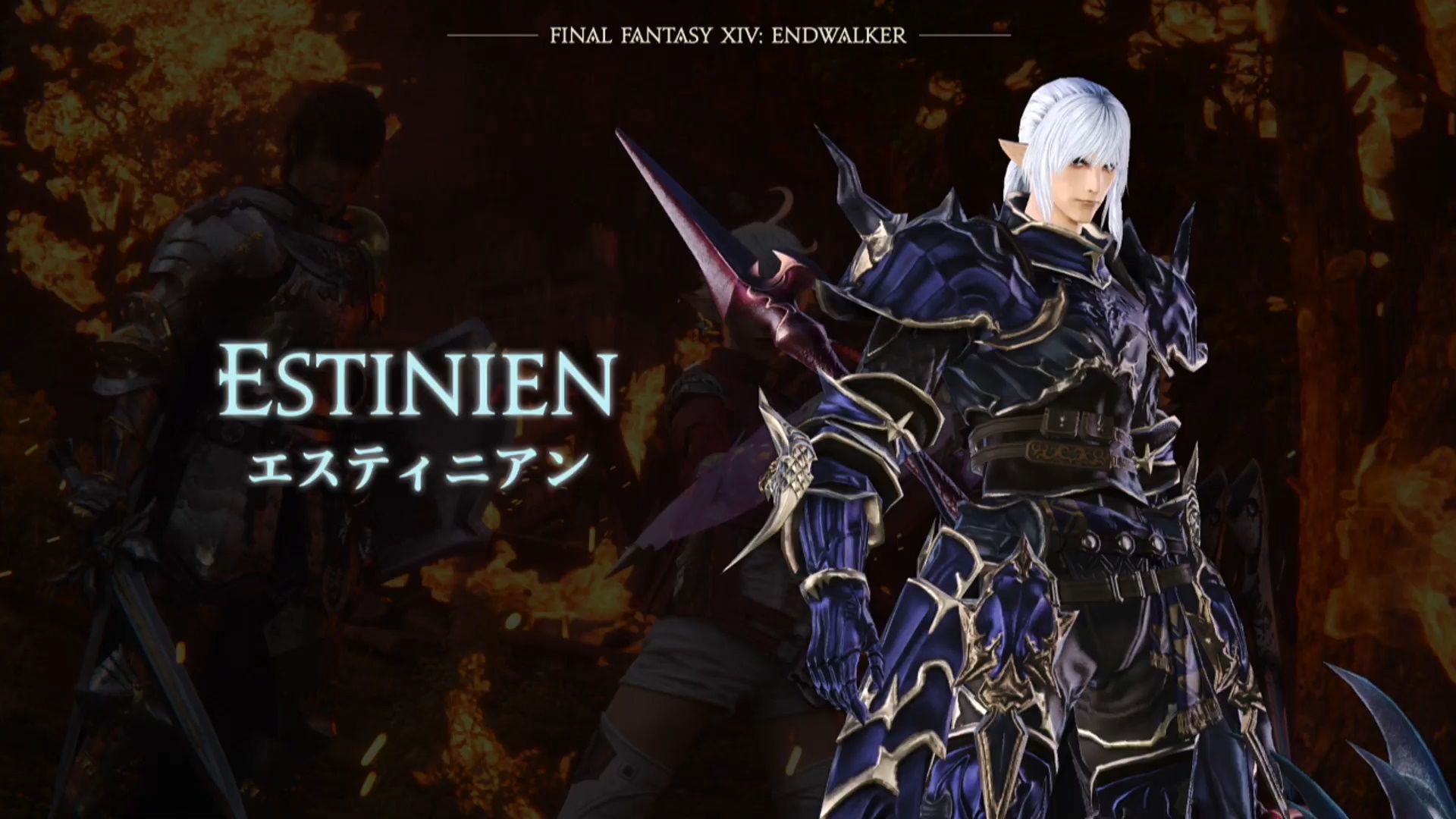 A new type of content, Island Sanctuary, will also be coming to Final Fantasy XIV. The new content will available to everyone, not just crafters or gatherers. Players will be able to relax in the Island Sanctuary throughout the entire 6.x updat series, according to Yoshida. 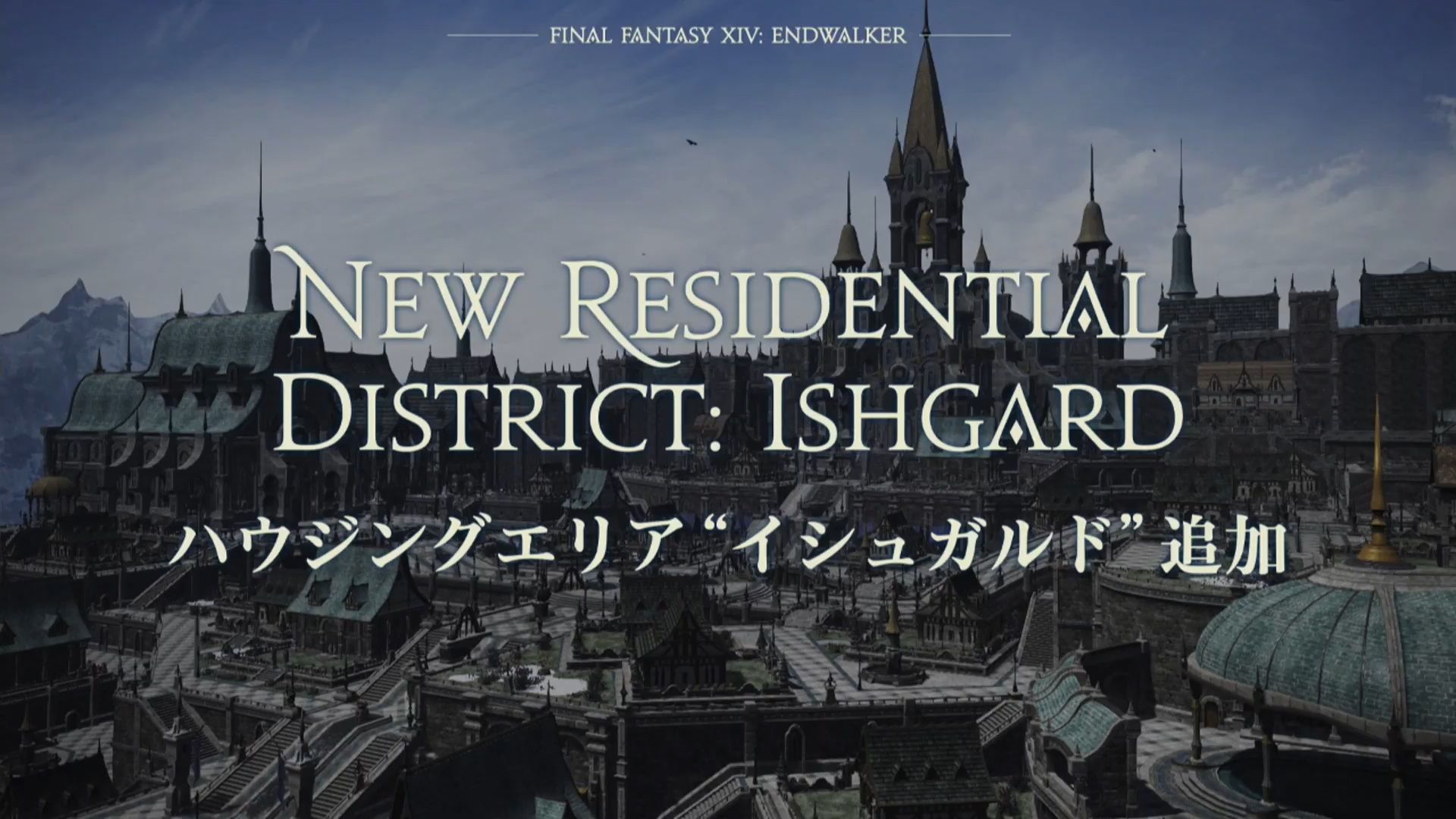 Endwalker will see changes to gear and items, such as the removal of belts, come the 6.0 patch release. Data Center Travel is a new feature to allow players move data centers freely to group up with their friends for a brief time.

Finally, Final Fantasy XIV's PlayStation 5's open beta will be coming soon, starting on April 13th. This will also come the same day as  patch 5.5 as well. The team played some footage of FFXIV running on PS5, touting faster load times, higher fidelity and 4K resolution, as well as improved performance in battle. PlayStation 4 owners of FFXIV will be able get the PlayStation 5 version at no additional cost. 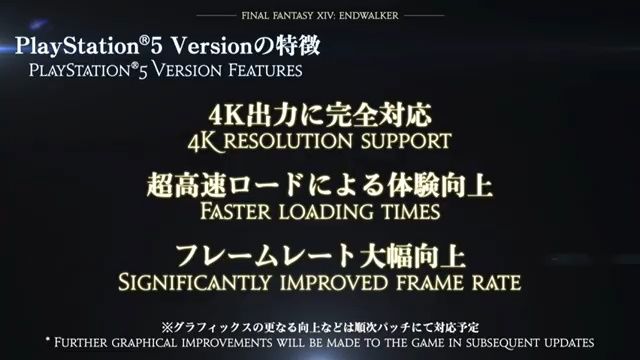