Lord of the Rings Online's next update, War of Three Peaks, is coming soon and the preview server offers a first glimpse at exactly what players can expect from the accompanying update.

On the official patch notes on the forums, it's still showing nothing definitive about War of Three Peaks, with a "coming soon" tag listed. However, there are extensive notes about the different changes coming with the update to character classes, virtues and more. Level 130 players can now increase virtuse to tier 72, while Guardians will note that the cooldown for their Thrill of Battle heal was reduced - from 20 seconds to 8 seconds. 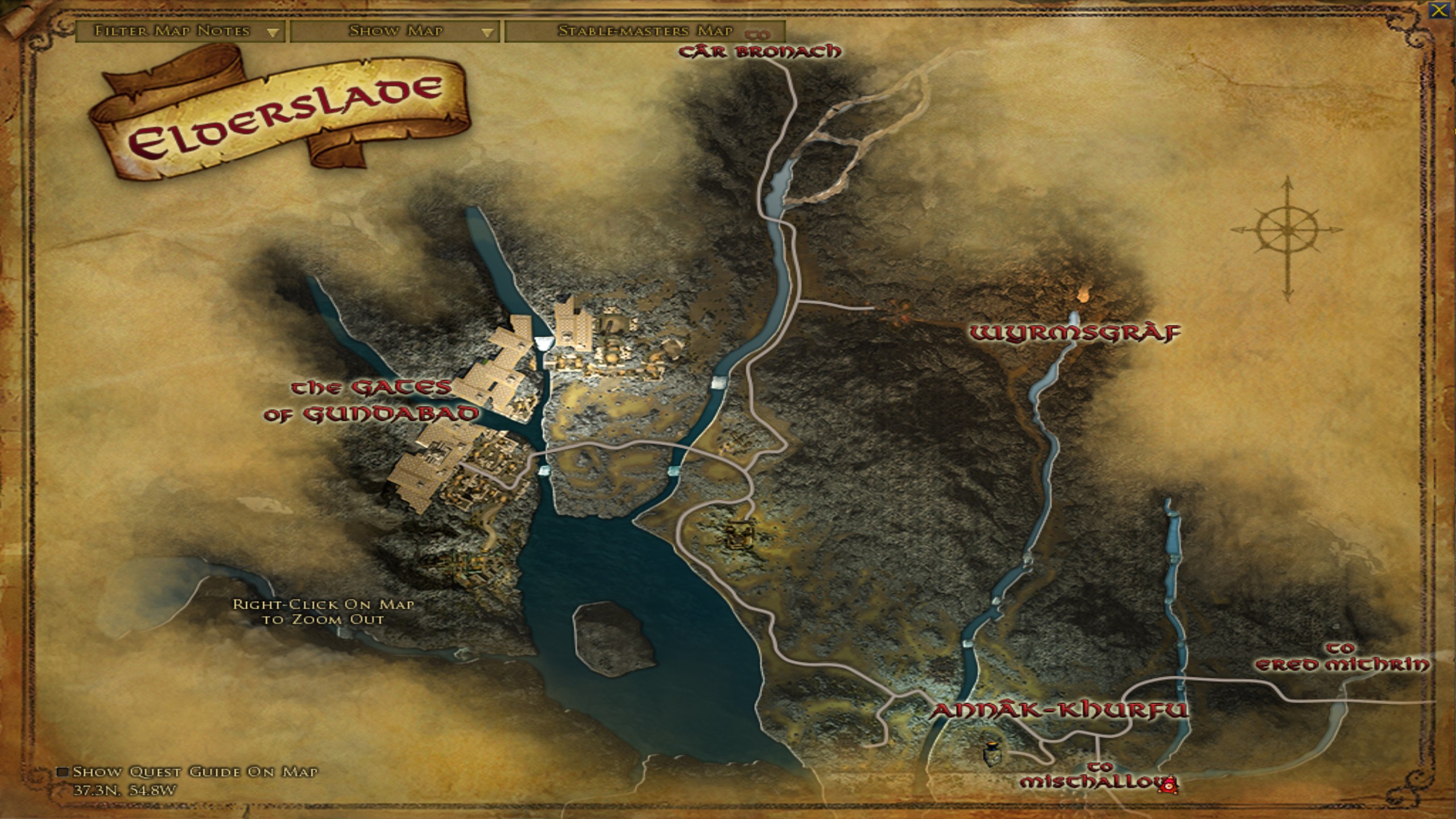 Eagle-eyed Reddit users pointed out that the new zone seems to have leaked as well, being called Elderslade. This seems to have been corroborated by the patch notes posted today which refer to Elderslade devices in the preview. Some of the concern seems to be that the map leaked on Reddit appears to be rather small, especially for an expansion LotRO is charging $20 up to $99 for, but it remains to be seen exactly how large and detailed the new mini-expansion will be.

Bullroarer is now open for players to check out the upcoming preview. Character copy is available if you want to bring over your main toon to the server instead of creating a new one. If you'd rather stick to the live build, you can participate in the Birthday festivities as Bilbo's Birthday is going on until tomorrow.