Blue Protocol has officially been announced to be coming to the West next year, thanks to a new trailer unveiled during this year's The Game Awards. The trailer unveiled that Amazon Games is partnering with Bandai Namco Online to publish the anime MMO in the West in the second half of 2023.

The upcoming MMO franchise will be helmed by former Guild Wars 2 developer Mike Zadorojny, who joined Amazon Games after departing as game director of GW2 in 2019. Zadorojny is leading the internal groups at Amazon Games to bring Blue Protocol to the West, as well as liaising between Amazon and Bandai Namco Online throughout the process. 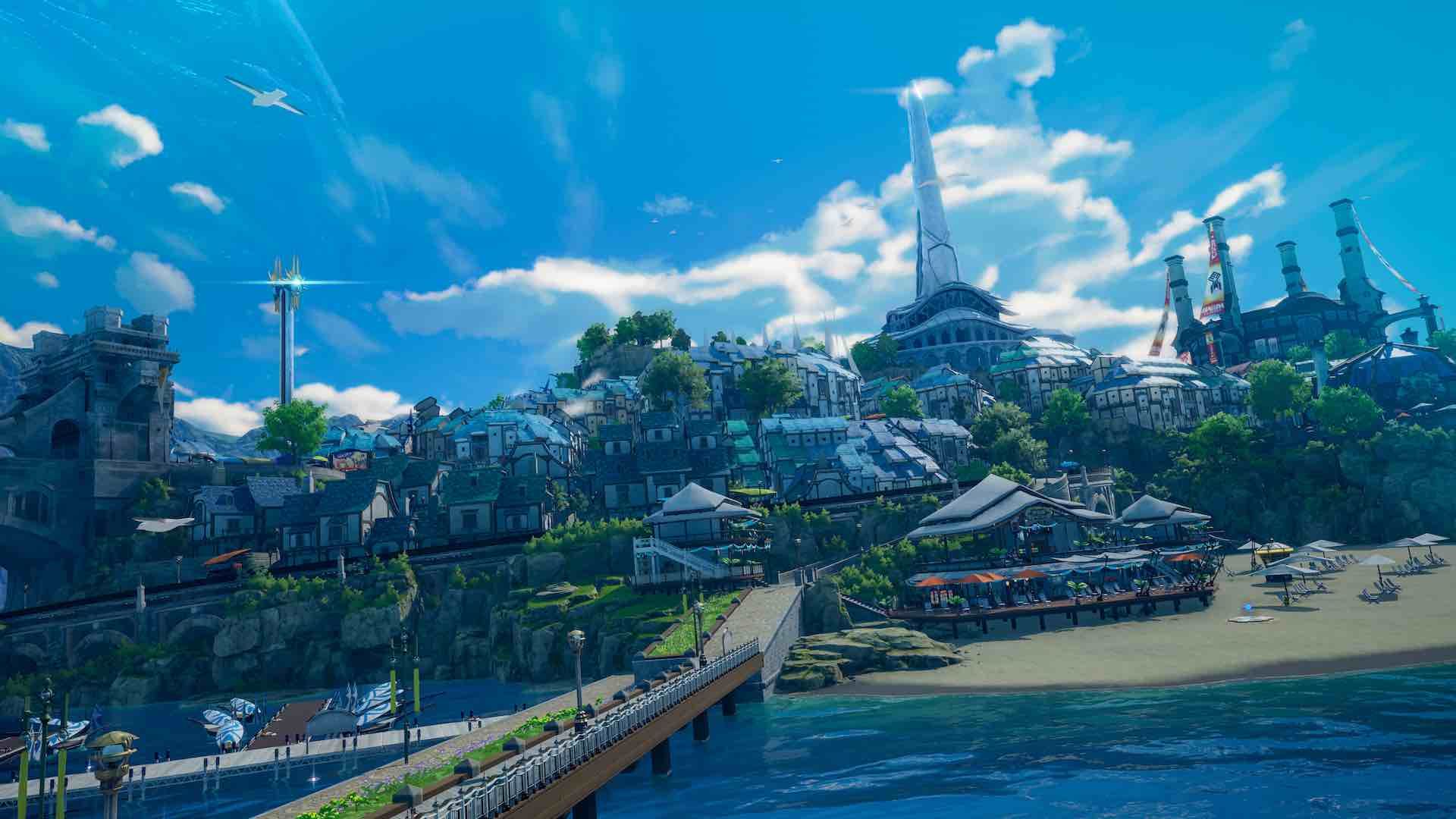 Blue Protocol has been a major MMO on many radars since it was revealed in Japan a few years ago. The development team went quiet last year, but has since started a flurry of announcements, such as a 2023 release window for the MMO, partnering with Smilegate to publish the MMORPG in Korea, as well as announcing a closed network test early next year. With this announcement, Blue Protocol will be coming not just to North American shores, but Europe, Australia, and New Zealand in the second half of 2023.

"Blue Protocol, co-developed by Bandai Namco Online Inc. and Bandai Namco Studios, takes players on a heroic journey through Regnas, a world teetering on the brink of destruction after millennia of conflict and technology overuse. Players must unite and harness the mysterious light called Flux to defeat powerful foes. Players can fully customize their character, and choose from five unique classes at launch: the sturdy Blade Warden, the valiant Twin Striker, the versatile Keen Strider, the multifaceted Spell Weaver, or the damage-dealing Foe Breaker. Aided by Echoes, mystical summoned creatures with powerful attacks, players will unlock their memories and fight to save the world."

Ahead of the announcement we spoke briefly with Zadorojny about some of what players can expect from Blue Protocol. As a free-to-play title, many are worried that it could end up being pay-to-win, though Zadorojny assured us that it's not the case. As such, Amazon is committed to ensuring that players can enjoy the entirety of the experience, all the story and more, without ever having to spend a dime on the MMO.

The world of Regnas is on the brink of destruction... You’ll need to rely on friends and strangers to help you rediscover the hero you are. In this free-to-play Online Action RPG, it’s up to you to win back the future! pic.twitter.com/ynzPjUAMDW

"That's been some of the core philosophy, making sure that you're not buying power. And then if you are buying things, it is cosmetics or utility things, but nothing that is going to give you an unfair advantage over any other player. So that is part of the way that we look at it: allowing you to accessorize, but not allowing you to negatively impact the gameplay experience or feel like you need to be going to the store to really have the full experience of the game."

Blue Protocol will be launching with five classes, and much like Final Fantasy XIV, you can swap classes pretty much whenever, meaning that while you can make alts, you can effectively do everything on one avatar. Classes like the Blade Warden will give players the ability to tank, while the Spell Weaver uses magic attacks to deal fire, ice and lightning damage to their foes. 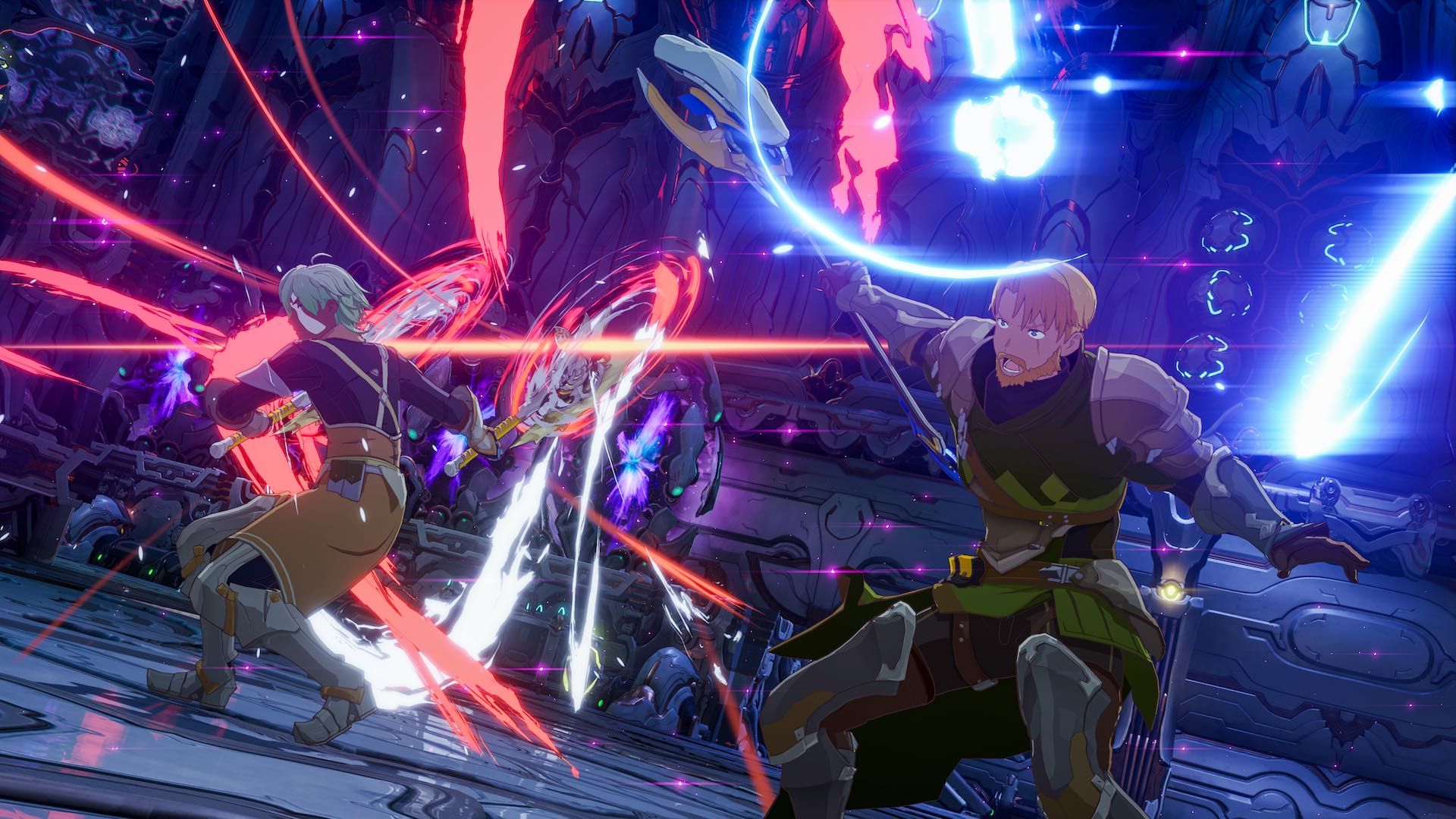 Combat is the action combat style we've seen take over many MMOs nowadays, with its design meant to be easily playable whether you're using keyboard and mouse or a gamepad. Players can dodge, attack, and even use an optional aim assist for those ranged characters to get the most out of the action-heavy combat. Zadorojny also mentions that experts of these classes can also really dive into the customizations of each class and pull off big combo multipliers and really mold their characters to fit their own respective playstyle preferences.

"Being able to customize the skill set the way that you want and build your skillset, so to speak," Zadorojny said in our interview. "Do you really want to be that offensive player, or do you want to be more tanky? And the rule of the five classes that are there at launch really kind of blend and allow you to pick the skills that are going to help you determine what your role is." 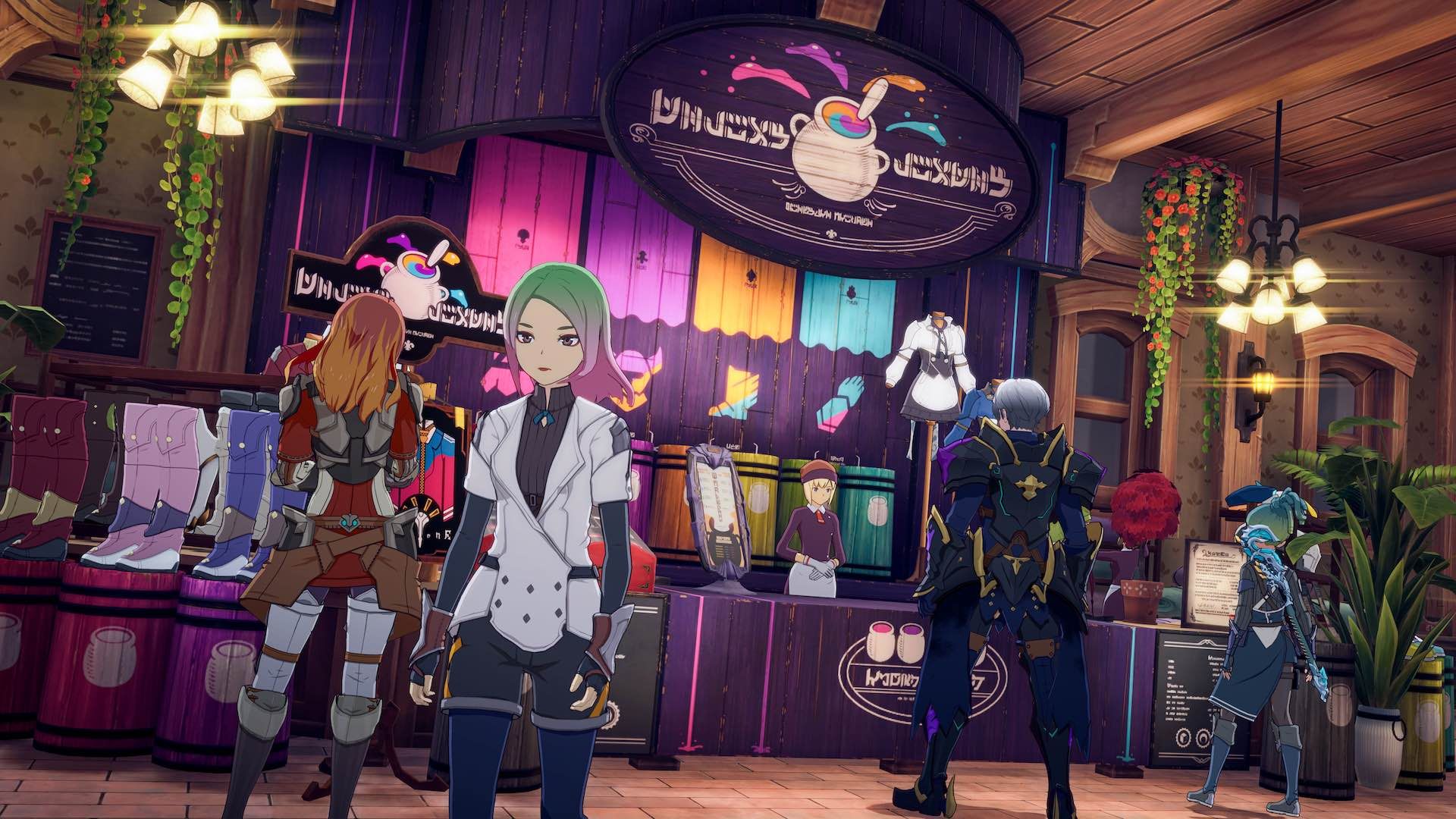 Blue Protocol is also being built for both solo and multiplayer in mind from the get-go, with players able to jump into groups up to six players for dungeons and open world content, while raid groups will go much larger. This helps to set it apart from other anime-style persistent world MMOs like Tower of Fantasy and Genshin Impact as well: it's an MMO in the true sense.

"The game was designed from the ground up to be a multiplayer experience. So you can play it solo, but generally speaking, you're running around in the open world and you're encountering other players. How are you helping them or interacting with them? There is not a way that you can really negatively impact their experience, but there is just a natural idea of helping strangers, there's going to be some dynamic things that spawn up in the world as well [that] are going to help players come together. "

These dynamic events are part of Blue Protocol's dynamic multiplayer that sees rare, open-world bosses trigger across the world, bringing players together to take them down and earn some great loot.

Bringing Blue Protocol to the West has been an undertaking at Amazon Games for over a year now, and the experience the studio has not only with their own first-party IP in New World, but also publishing Smilegate's Lost Ark here in the West is lending itself well to the process. It helps to have someone like Zadorojny as the Franchise Lead, bringing decades of MMO-specific experience to the endeavor on his own. 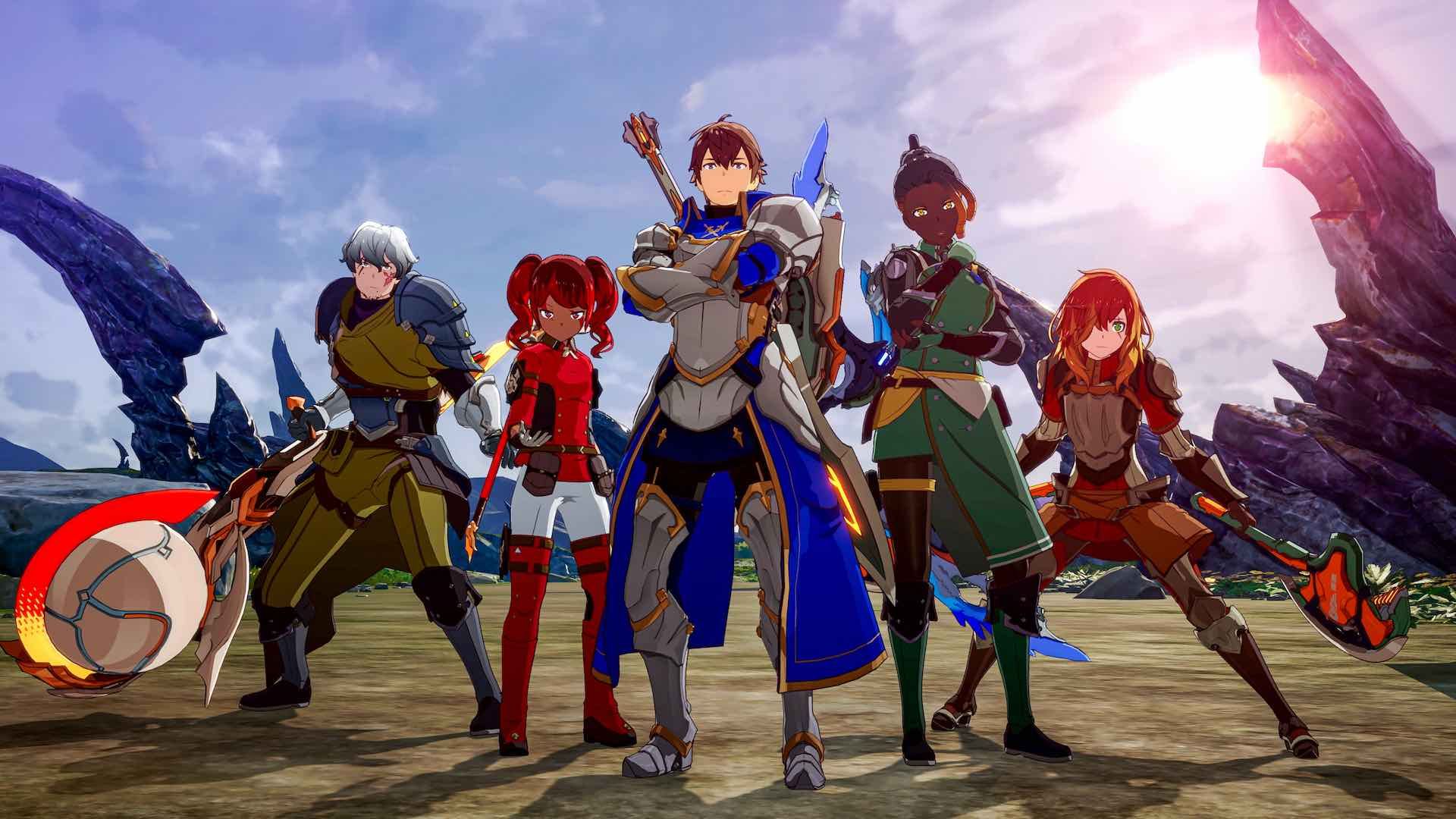 "You always learn, especially from a publishing standpoint, first with New World and then Lost Ark, or even before that with some of the earlier AGS games,. We've been learning and taking those lessons on how we can be a better partner. How do we unlock additional capability within, whether AWS or Twitch Prime gaming, all of those ecosystem things.

"AGS has broad aspirations, right? It's not just first-party, but it's also second and third-party development. Obviously, New World being first party, we've got a couple of other teams that are in development that we've talked about in press releases. And for us, from the third-party side, first was Smilegate on Lost Ark, now for Bandai Namco with Blue Protocol. Bandai is a world-class developer, they're one of the top three pedigrees coming out of Japan. So for us to be able to work with them and share their vision, because they have huge aspirations for this game as well, it's about how can we collaborate and unlock the potential that we couldn't have done either from just individually working on a project?"

Blue Protocol is coming to the West in the second half of 2023, with the MMO having been announced for PlayStation 5, Xbox Series S|X and PC. Amazon is seeking to host a closed beta even in the first half of next year, with more information incoming as soon as it's ready.