During today's Stream, ZeniMax Online announced the next year-long storyline, Shadow over Morrowind. This new story will bring players back to one of the most iconic regions in the Elder Scrolls history while bringing two new zones in Eastern Morrowind not seen since 1994's Arena. Additionally, new companions will be added to the mix, as players can jump into the more than 30 hours of content brought with Necrom.

The upcoming expansion centers on cosmic horror thanks to it centering on Hermaus Mora, last seen in the Skyrim Dragonborn DLC. The new class will be explored with the story, as all of Nirn is put in danger by Mora's threat.

Necrom takes place in the Telvanni Peninsula, centering in on the wild mausoleum city of Necrom, where the Dunmer bury their dead. Apocrypha is coming back as well as the home of Hermaus Mora for players to explore. The Tellvani Peninsula is in an Elder Scrolls game for the first time since Arena in 1994.

Most excitingly for many is likely the announcement that Necrom will also herald a much-requested update to ESO: a new class: The Arcanist, which will launch with June's chapter. ESO's latest class uses magic and skills not seen before. This marks the first time the MMO has added a new class since the Necromancer in the Elswyer expansion.

The Arcanist is a "new way to play" ESO. It channels the power of Apocrypha with runic magic, healing, and more. While there is something for all playstyles themselves, there are three ability lines with unique skills, such as Apocrypha Gate, which lets you teleport around a battlefield. Arcanist will also have a combo point system, where you can build up points to spend to power up attacks. 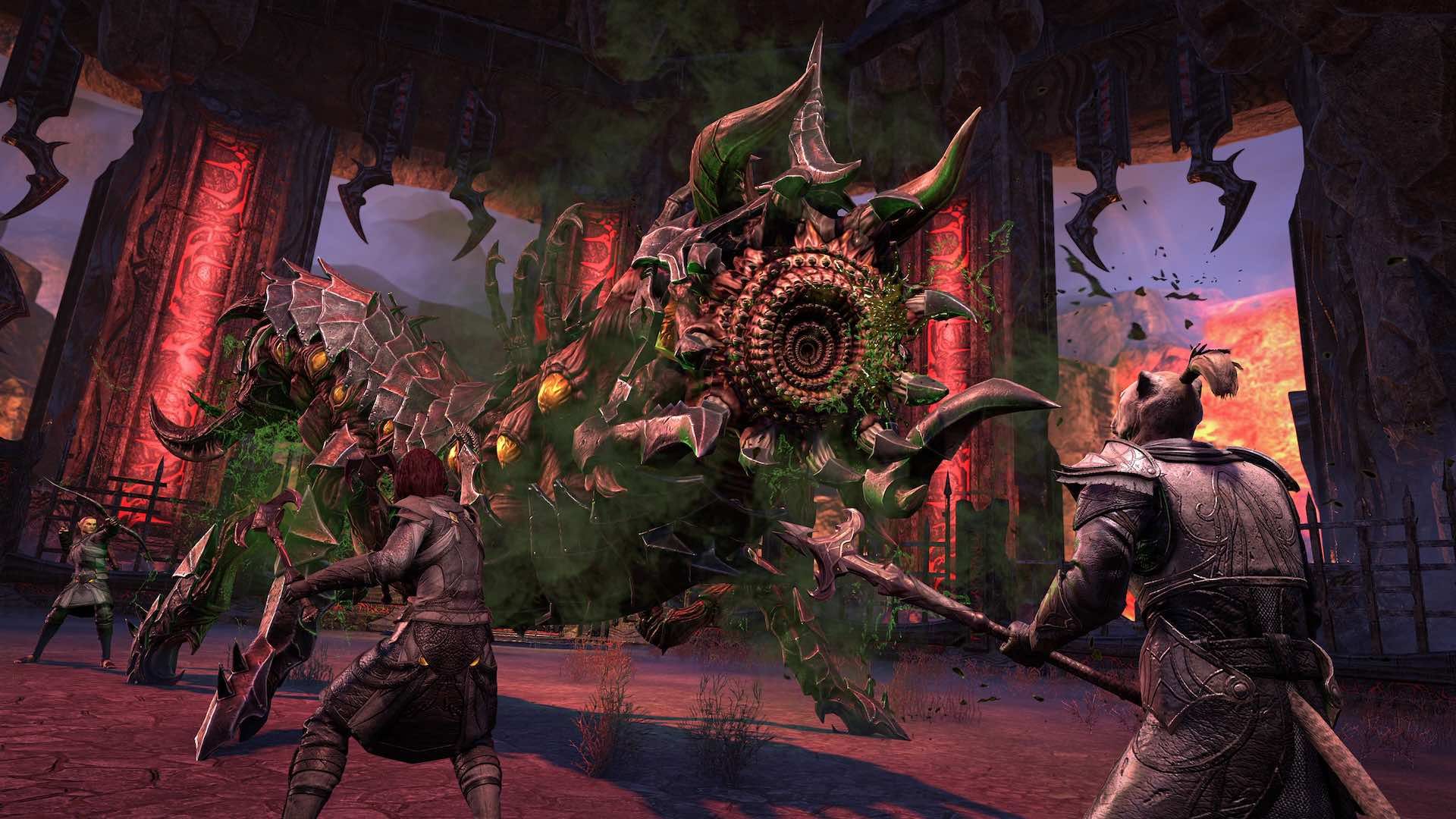 The Elder Scrolls Online: Necrom will be launching on June 5th for PC, and June 20th on consoles, bringing the next wave of new regions to explore as well as the new class with it. Last year, ZeniMax announced that it was changing up how it handles its year-long release cadence, including ensuring its updates that do release are as stable as possible. It also announced that instead of a Q4 story DLC, players will see a new in-game system.