Firesong, the DLC for The Elder Scrolls Online that wraps up the yearlong Legacy of the Bretons storyline, is now out on consoles, along with update 36.

Now that the DLC is live, console players can access the new zone of Galen, new and returning characters, items, a new Tales of Tribute Druid King patron deck, and more. Update 36 for the base game adds a target marking system to the UI and makes several improvements and options, including a change to Emperor scaling in Cyrodiil that changes Emperor bonuses to be dependent on how many keeps your side controls and adds another competitive challenge.

When Firesong was released back on November 1st for PC and Mac, there were issues preventing many from logging in and accessing the game, let alone their new DLC. An extended emergency maintenance was held to address the multiple issues that happened, including a number of different crashes, including when trying to load into the game.

Clearly, the issues were significant, and while the team worked to address the worst of them quickly, they’ve been addressing some of the less disruptive issues since then. This week, they announced that there would be a free Guar pet as thanks for sticking by through the work to fix the issues. 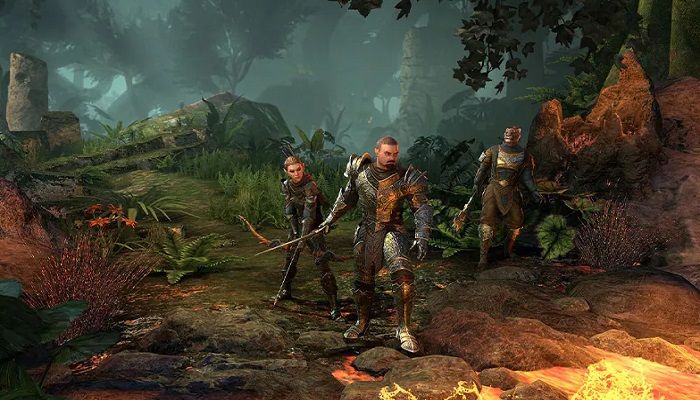 After the PC and Mac launch, the console launch marks another test, but things seem to have gone mostly well, with a list of issues laid out in a forum thread that were fixed with the console update and won’t present an issue as they did on PC. They've also listed a couple of lingering known issues that are on their agenda to fix with the next patch:

Based on the difficulties of the PC/Mac launch, they’ve clearly worked to make the console update as smooth as possible. Read more over at The Elder Scrolls Online.