Have you heard of The Day Before? It’s popped up several times in our Indie MMO Spotlight, and was listed as one of our most anticipated Indie MMO’s headed our way this year. As exciting as a post-apocalyptic zombie themed survival MMO can be, there’s something else that’s been dead for the past few months, and that’s the communication from the Fntastic development team.

For a game that’s expected to release in June of this year, there is a lot that we just don’t know about Fntastic’s upcoming survival MMO, which will be published by Singaporean publisher MYTONA.   According to the official TDB Discord, there will be a “pre-launch beta” or rather, there’s supposed to be, however the team states that their publisher MYTONA has “so many employees” that they’ve apparently taken on the role of the testers for the time being.

“We will have a pre-launch beta, but only for thousands of lucky ones. It’s great that our publisher has so many employees!”

-The Day Before Discord, FAQ Question 10

The answers from the FAQ were reposts from an original interview with Fntastic founders Ed Gotovtsev and Aisen Gotovtsev by Gamingbolt back in March of 2021, but it was only recently added to the Discord. Earlier this month the head moderator took to the  FAQ section of the Discord to put fears to rest that it was, indeed, the official Discord server.

What do we know about the game so far?

Late last year, The Day Before put together a Mega Event that showed off what players can expect from the zombie-survival themed MMO. It depicted some interesting locales, such as a mall, a cabin, and the wilderness, with visuals that felt very similar to Ubisofts The Division series. There were social gathering spaces, and some exciting battles shown in the footage, before the video segued to the release date of June 21st, 2022.  Then, in early 2022, they released some impressive gameplay of the The Day Before in coordination with Nvidia, to announce 4K RTX support, show it off, and tease how it performs. 3 months have passed since their latest video release, and the game is a mere two months away. Questions swirl as to whether Fntastic will be able to keep their current release date.

Those questions are likely a common occurrence, as social media for The Day Before has gone completely dark. This also comes at a time when Fntastic's official website now drops to a login page, and requests a password to continue. This is a stark departure from last month where their site was still up and working. Earlier in April the website had gone down due to the main site-account surpassing the expiration date without renewal, as confirmed by Archive.org. 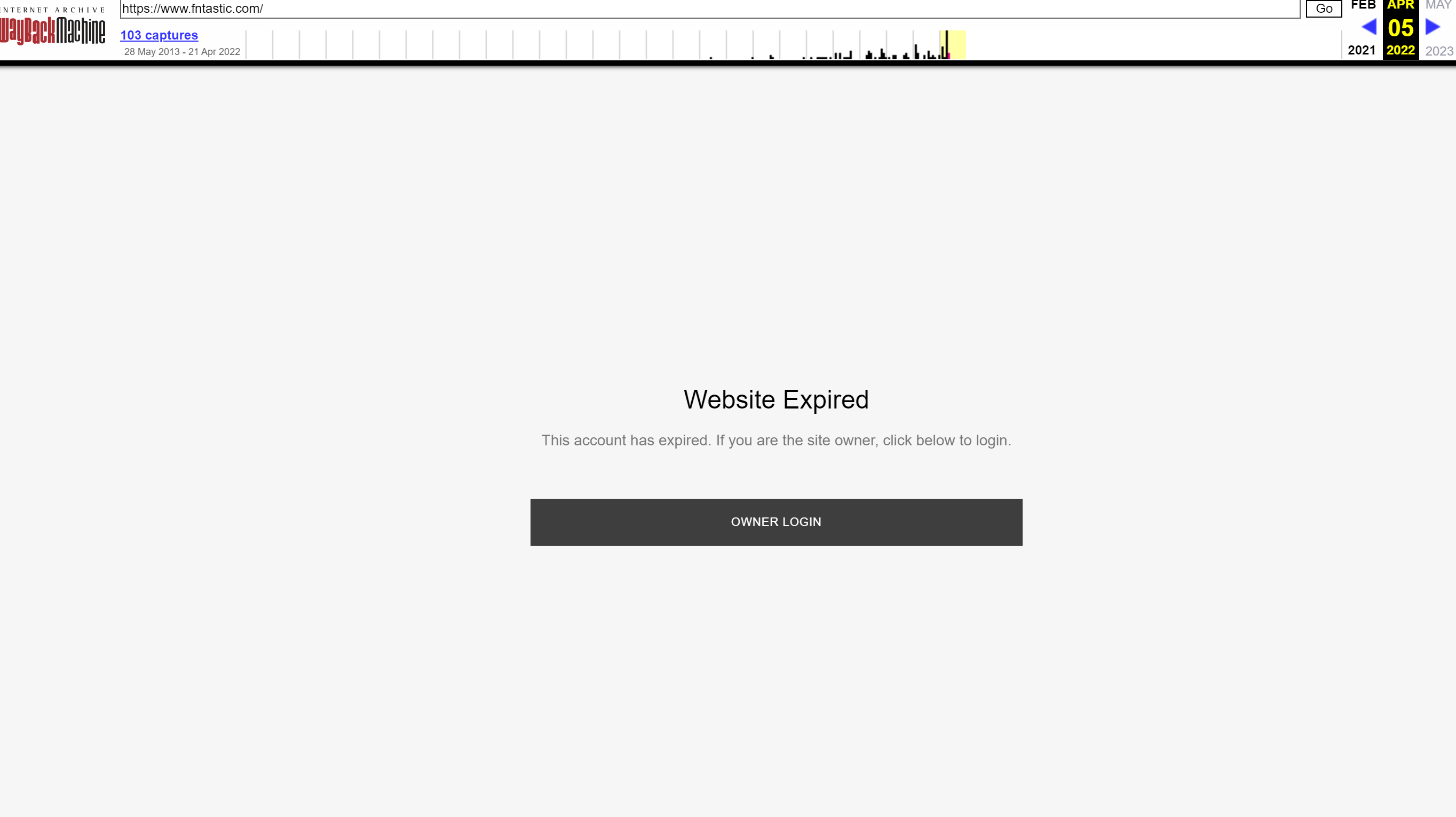 The head moderator of the official The Day Before Discord, Wholf, explained that the website is currently down for maintenance at this time. There is no estimated date when the Fntastic site will be back up. It’s also important to note that Fntastic was founded in Russia back in 2015, which points to the possibility that some of their resources may be affected by the ongoing war in the region, by sanctions, or by several interconnected reasons that could account for why the team has gone dark for the past 3 months. According to LinkedIn and confirmed by the head moderator of the official Discord, the headquarters for Fntastic has moved to Singapore, but they could not confirm if there were any developmental assets that remained in the region which could cause a possible delay in communication. Another reason could simply be that the team is primarily focusing on getting the game in ship-shape and they don’t have time to focus on advertising at the moment.

While the official The Day Before social media channels have gone quiet as of late, that doesn’t mean Fntastic has gone completely dark. The team launched another game, Prop Night, back in December of 2021, and the official Twitter account has been relatively active over the past several months, with their most recent post announcing a new hide and seek game mode on April 19th. We reached out to MYTONA and Fntastic through several channels and have yet to hear back on our inquiry related to this topic, though we did hear back from the head moderator of the official Discord on some topics detailed earlier in the article.  There is a lot of speculation as to why exactly The Day Before team has gone dark, and we will update this article if we receive any further communication with the Fntastic team or MYTONA.

Hopefully we hear more about what’s going on with The Day Before, and whether it is still on track to meet their June 21st release date. While it is completely possible that they’ll hit their mark, I wouldn’t be too surprised if we hear of a delay in the near future.