One of my favorite parts of TennoCon is the art panel. While the big reveals are at the TennoCon Live show, the art panel normally sneaks in some hints to what we are going to see in the Live reveal. Every year the art panel shows new enemies, locations, Prime Warframes, deluxe skins, and the next unannounced Warframe. With what I’ve seen so far, 2022, to 2023, is going to be an excellent year for Warframe fans.

When Khora first released in 2018, I was excited to try a Warframe with a dedicated pet. It was exciting to be able to run her pet and a normal pet. Most of the time I ran two kitties. At first Khora was underpowered and felt like her abilities were uneventful. Over the years Khora has gotten some buffs and tweaks to make her one of the best Warframes. Nidus is still my main character, but I love to use Khora from time to time in survival missions. Her Strangledome ability is great for defense missions, but I prefer to take her out on the open road to stretch her kitty’s legs.

As we heard during the TennoCon opening ceremonies, Garuda Prime is going away today so that means Khora Prime is going to be here tomorrow. Last year Nidus Prime was the showcased Prime at TennoCon, but he did not come for over a month after TennoCon. That was because Gara Prime came out only two months prior to TenoCon 2021. With Garuda Prime four months old, it is nice to see Khora Prime come out on the heels of TennoCon. Khora Prime and her kitty looks amazing from the art panel. I love the black with gold and purple accents. I doubt I will ever change her colors after I get her. I have a feeling my Nidus Prime is going to have to take a seat for a while. Simply beautiful! 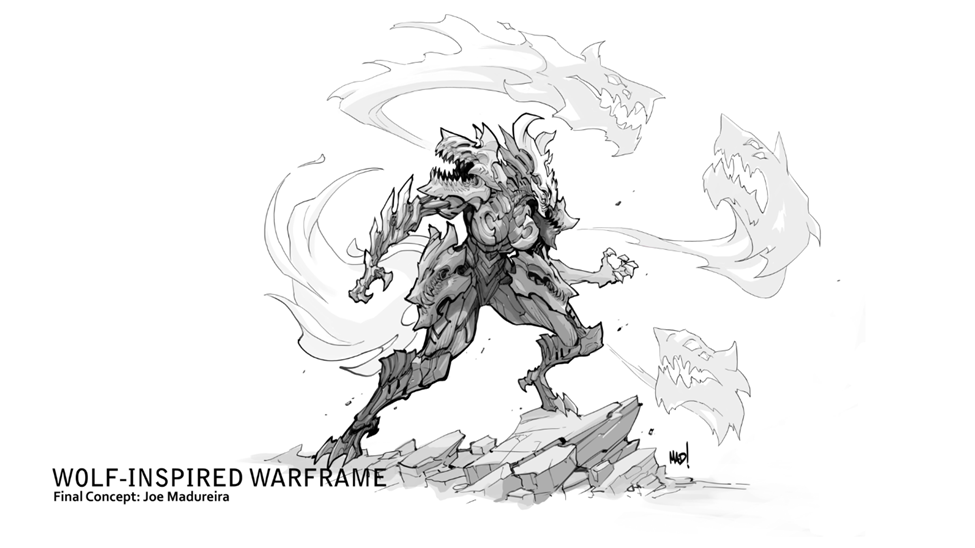 The next Warframe to come out is going to be werewolf inspired. Note, she is NOT a werewolf, only werewolf inspired. I repeat NOT a werewolf! Do not expect the new Warframe to howl, run on all fours, shapeshift, or surf on a 1980’s van after winning a basketball game. I have a feeling she might be tied to the Archons, mainly Amar. We can only hope that we get a Nira or Boreal inspired Warframe next. Of course, this is totally my personal speculation. The wolf inspired Warframe might have nothing to do with the Archons. By the concept art, I’m loving the looks. It might need to tone down all the wolf heads, but overall it looks awesome. 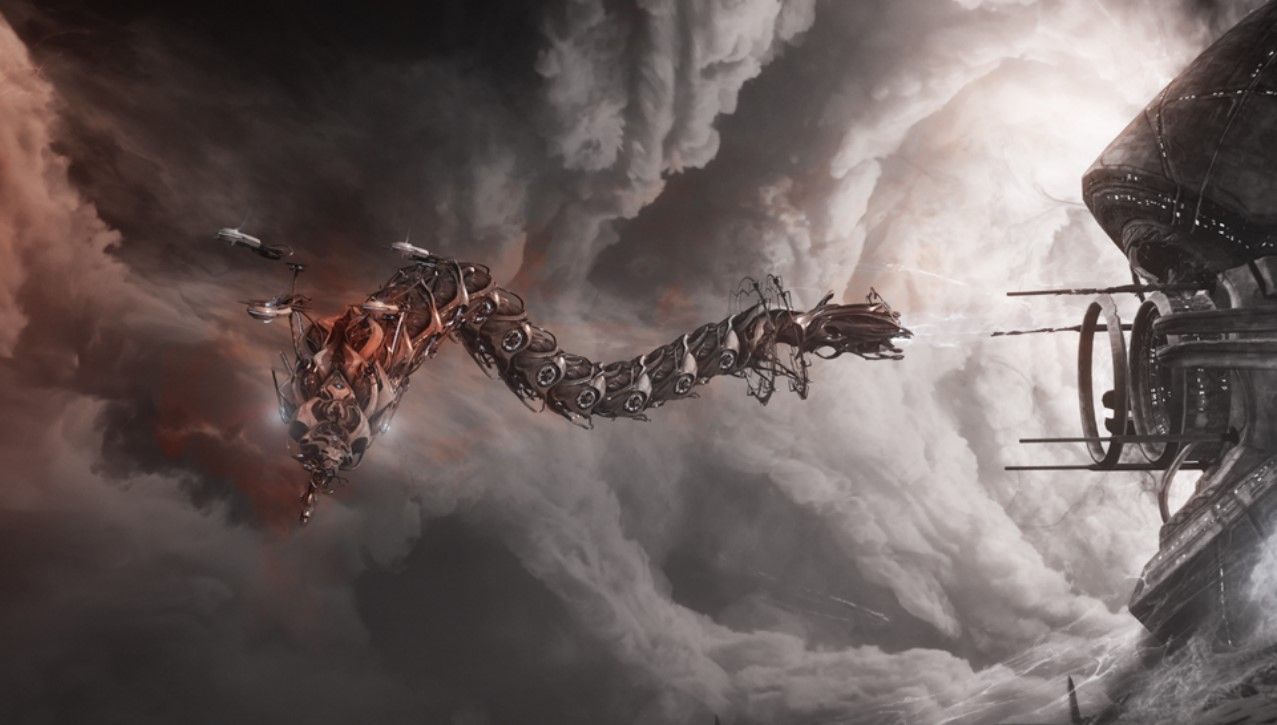 We all know The Duviri Paradox is the next big update and the art panel had some great screenshots from the upcoming update. So many beautiful pieces of art and screenshots it is hard to imagine what the new areas are going to look like. I can’t wait until 5:00pm to find out more and watch their play through. The Duviri Paradox was revealed during the last in person TennoCon way back in 2019. Since then Digital Extremes has chosen not to reveal updates that are many years out. I like their new system because it is nice to see a play through of what is coming out fairly soon.

Some of the hints we saw at the art panel showed the direction of The Duviri Paradox with the Man in the Wall and the Grasp of the Void artwork. I am also excited to see more with the mounts, the Kaithe. During the art panel they noted that there will be three variants of the Kaithe. Having mounts in the game that resemble animals is going to open so many doors for transportation. I love the K-Drive and the bug, but having a more grounded mount makes me happy. 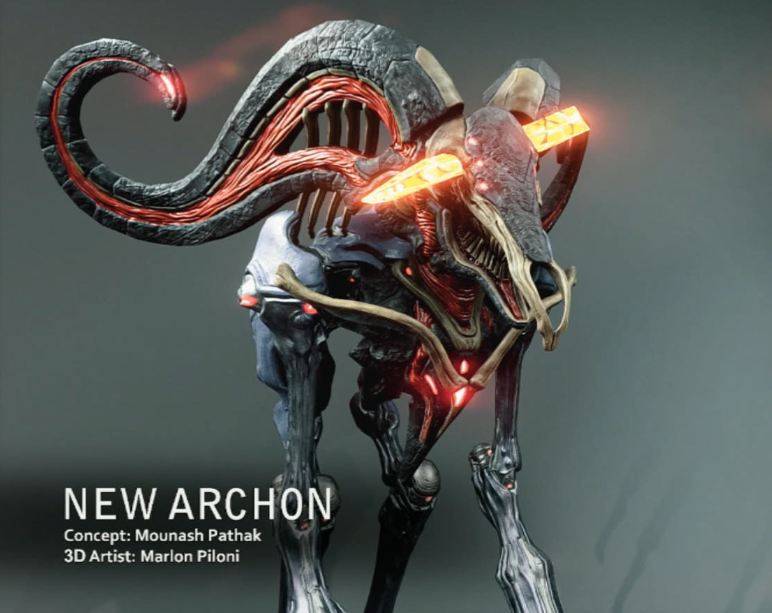 One of the things The New War introduced was Archons. Due to some constraints some Archons were not put in the game. But no worries, there are more coming to the game. I hope Archons are used more than Acolytes. I would like to see Archons as part of the group content and not just story content. I’d like to see a bull Archon and more animal themed Archons. 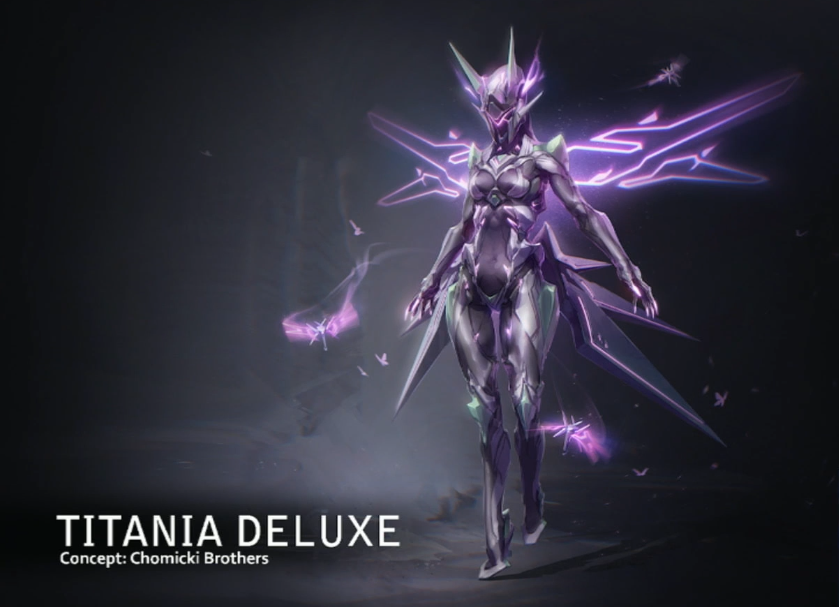 Also, revealed during the art panel was the new Titania and Xaku deluxe skins. It appears Titania is coming soon and Xaku is still in concept. I love the deluxe skins because they are so detailed and add a new take on the looks of Warframes. We all know Fashion-frame is the endgame of Warframe. I keep throwing my wallet at the screen for Titania deluxe. It is so awesome!

Don’t forget to tune into TennoLive at 5:00pm EST for more!