Swords of Legends Online showcased a bit of its gameplay and features in its first stream today. One of the major announcements was that the upcoming MMO will have a battle pass with both a premium and free tier.

The buy-to-play MMO won't have a subscription according to the community team today on the livestream, however they will have in-game mictrotransactions as well as the battle pass. The team has said that the battle pass won't be in the MMO at launch, but will come sometime after launch. 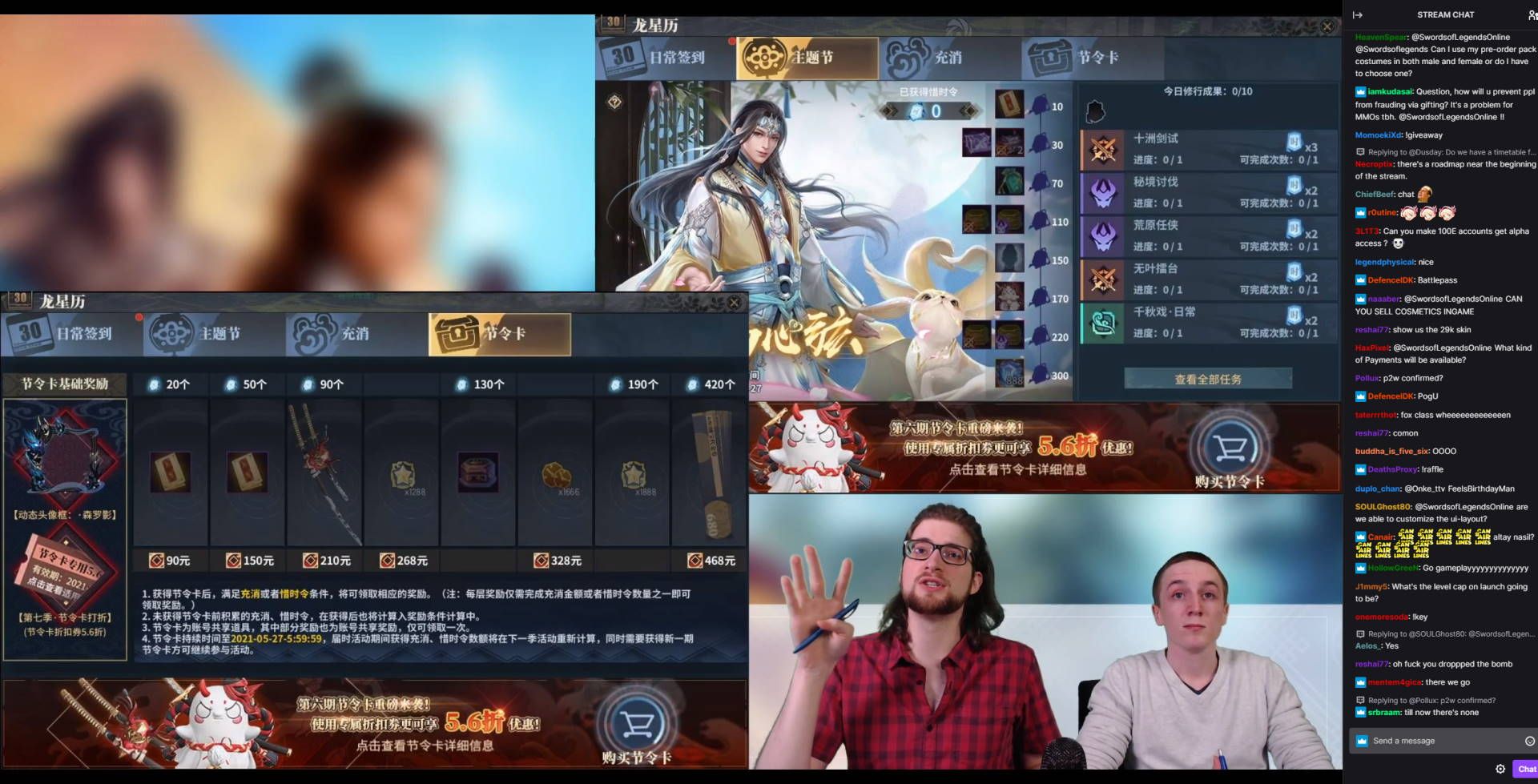 The battle pass itself will have the same features you see with other passes across the industry, with both a free and premium tier. However, the team stresses that the premium tier is purely vanity items, meaning there won't be any gameplay benefit or boost for purchasing the tier.

Swords of Legends Online also showed off the in-game shop, showcasing what players should expect with the microtransactions when they launch the MMO later this year. The shop itself includes the standard fare from mounts and cosmetics to name and gender changes. The team also said that items you unlock on one character are available throughout your account, meaning if you buy a mount on your Spearmaster, that mount is unlocked when you swap to another character, like a Reaper.

Swords of Legends Online also broke down their timing plan for release of the MMO, showcasing the different phases leading up to this summer's launch. There will be an Alpha phase, as well as a few closed beta tests leading up to launch itself. No exact dates were given of when these phases will start or end, though there are estimated durations ranging from a few days in one of the first tests to a week in Closed Beta 2. 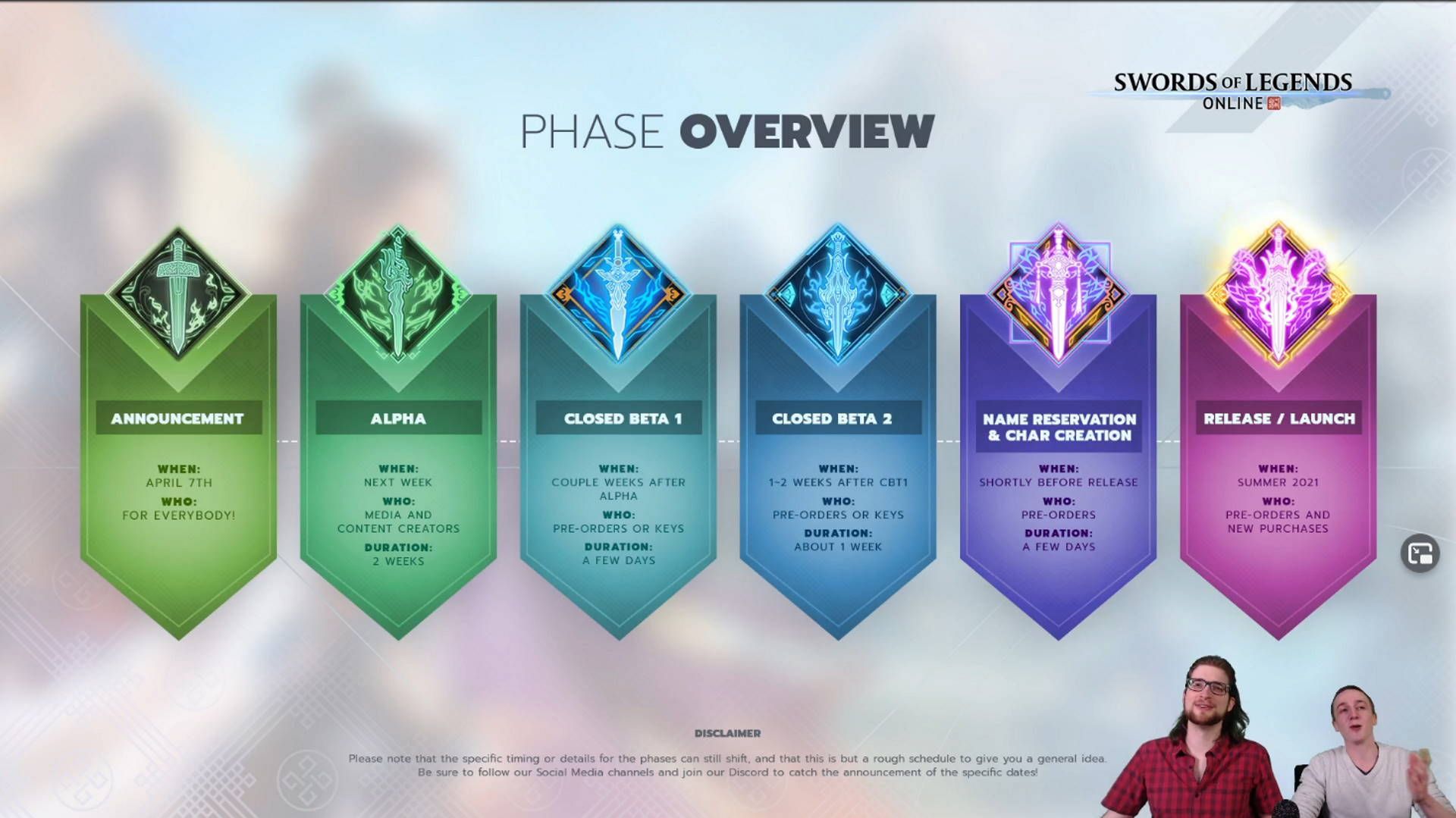 The stream also showed off some early gameplay of the different classes, like the Bard, Reaper and Summoner class, as well as walked through character creation in today's stream, which is showing off the MMO ahead of its upcoming beta. There was even a little PvP action between Spearmasters.

Currently, the MMORPG is available for pre-order, which grabbing the $40 version of the MMO can get you access to the beta. Additionally, players can enter to win beta access in a contest being run by Gameforge, who is publishing the MMO in the West. If you want to check the video itself with all of the information, check out the stream archive in the embed below.