In the latest report by SuperData, digital game spending has increased by 14% in October in a year over year comparison. Leading up to the Holiday season, the industry is expected to beat expectations with two new console launches and a slew of high-profile titles hitting the market in November and December.

The report indicates that Genshin Impact has been a tremendous earner since its cross-platform release in October. The gacha open-world RPG has amassed a substantial amount of revenue due to its limited-time events and mobile-popularized predatory chance-based monetization system. 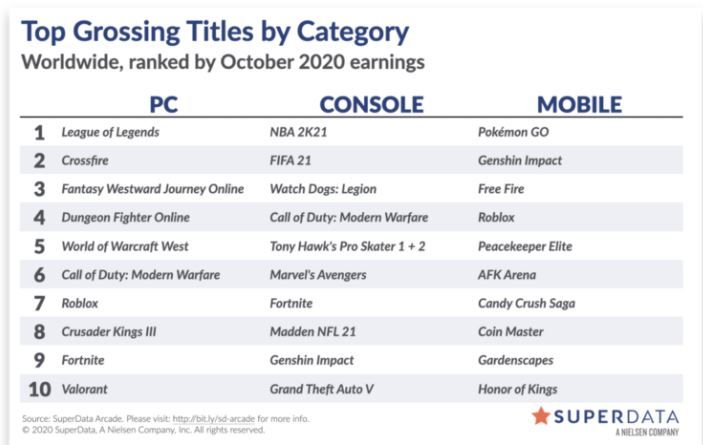 Interestingly enough, in this SuperData report, they have also stated they will being reporting on the performance of game subscription services, such as Xbox Game Pass, Playstation Now and EA Play, which undoubtedly will be an important metric to follow in the future as most studios appear to be interested in, or heading into service oriented and subscription services.