Stardock's follow-up to its RTS classic has hit early access today, bringing a technical preview of Sins of a Solar Empire II to players. The RTS sequel is debuting new mechanics to the franchise, as well as its new game engine in what will be a phased development rollout throughout the next year.

The early access debut of Sins of a Solar Empire II starts with, what Stardock is hoping will feel more like an "old-school style beta program" where the team at Stardock and Ironclad, who are helping with development, take feedback to improve the RTS experience ahead of its full launch.

The early access is available to those who have pre-ordered Sins, and will kick off as a single player test using the TEC Faction. In the test, the team are hoping to get feedback on new gameplay systems, such as the ability to tailor planets to their needs, whether they be mining, construction and more. Additionally, the new engine allows for planetary orbiting in real time, closing down lanes while opening more as you move through the preview. A new diplomatic engine will also be tested, giving players a first look at how the AI will react to their moves and the new simulation of weaponry during combat.

"Phase 1 begins today, October 27th, 2022, and curious players can get a glimpse of what is to come via the Sins of a Solar Empire II Early Access road map. Early Access will ultimately serve as a constantly evolving sample of the things that makes Sins of a Solar Empire II special: immense scale, a careful balance between the strategic and tactical, exciting new mechanics, dynamic map strategies with planets orbiting the sun, and a new level of visual fidelity — all made possible by the brand-new game engine. More information will be revealed in the coming months." 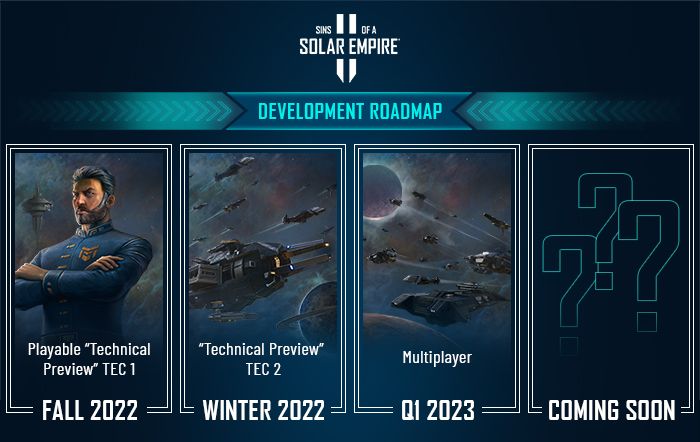 The early access tests will be rolled out in phases, with the first phase being just this technical preview. However, as it progresses, the team is looking to add multiplayer sometime in Q1 2023, as well as the upcoming alpha and eventually betas heading toward launch.

You can learn more on the official Sins of a Solar Empire II website.