Following the recent announcement that Mortal Online 2 would be getting an upgrade to Unreal Engine 5, Star Vault’s CEO Henrik Nyström showed off some comparison screenshots between the current version and UE5. There are also new details about the coming patch and answers to questions about the subscription model.

The first look of the game in UE5 and the use of the global illumination system  in the engine, Lumen, show off some pretty impressive upgrades. While the locations don’t change in scope or even in setup too much, the additional light, as well as the control over the ways light works in different ways, even in the same room,look pretty impressive. There’s even a look at a figure in the current UE4 and UE5 where you can see the ability to have nuanced lighting and shadows really work.

There’s no exact window to expect the Unreal Engine 5 update, but it is coming and looks pretty great so far. 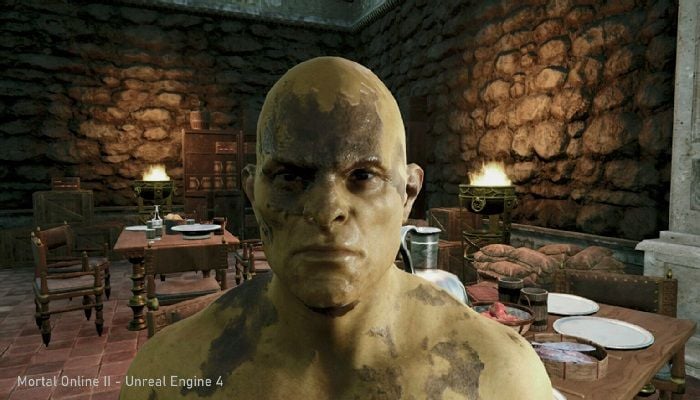 Also on the stream were some new details on the next patch, which they’re looking to have this week.  One of the changes to expect is a shield balance update. For example, magic users have been able to carry large, heavy shields without restriction. One change coming is to add shield weight to equipped armor weight. If you want to carry a heavy tower shield, you have to make sure you balance it with how heavy your armor is.

In a separate post, Star Vault explains and defends the subscription model. While the subscription is still suspended while the devs improve the game, they explain that having a subscription model allows everyone to experience the game on equal terms, the dev team doesn't use resources on creating cosmetics or other items instead of playable content for all. Also, given that the game contains so many crafted items by the players or as drops, introducing cosmetics versus adding the opportunity to craft something new for everyone to access didn’t make sense.

Additionally, they call out the ability for players to tell how your opponent might be equipped, since you can see what they use and cosmetic items might blur that, taking away one aspect of strategy.

For more, head over to Mortal Online 2.