Spells in Spades, the next major update for Lost Ark that will bring The Arcanist, arrives tomorrow. The update will also introduce the Valtan Legion raid in Inferno difficulty, bring a new event, and introduce Challenge Abyssal Dungeons, alongside several progression events and reworks.

The heart of the update is, of course, the Arcanist. This, the third Mage advanced class, uses special cards with her magic and skills to create a wide variety of effects.  She has three types of skills, a specialty card  meter, and two Engravings.

When it comes to Legion Raids, here comes Inferno difficulty. This is the most difficult version of Legion Raids, so you’ll have to come prepared for this one. Valtan arrives as your first challenge at this level, and there are some differences you’ll need to know.

First up, your item level needs to be 1445+ to take this on, but it’s going to get dicey. The usual gate progression system you may have come to love in other raids isn’t applicable here. You can’t save your progress and come back. But you will be able to try Inferno as many times as you want to, since it won’t reset your weekly Legion Raids. Additionally, rewards are a little different:

“Inferno rewards instead showcase your victory with titles, achievements, Stronghold structures, and more! A new in-game vendor will be added for players to access a variety of prestigious rewards, earned after various numbers of clears.” 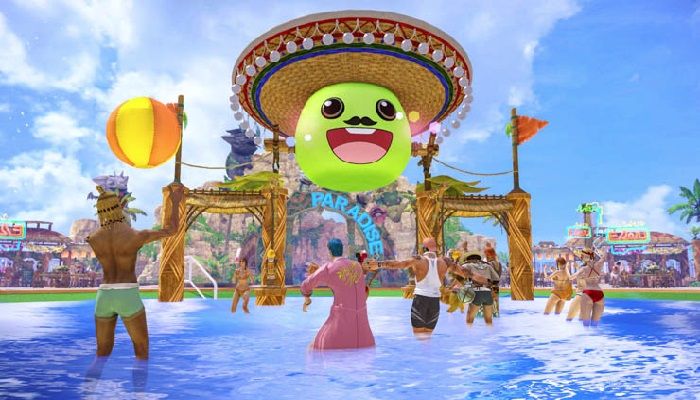 In lighter additions, the new Waterpop Arena and Maharaka Festival arrive in this update to provide some summer  pool party competition and fun. Enjoy some activities, including a water gun team competition, for points you can exchange for rewards.

Abyssal Challenge Dungeons have arrived, which will add a new weekly activity you can take on for rewards, including honing materials. Also has progression in mind with new progression events, including Punika Powerpass and Hyper Express events that can get any character instantly to item level 1302, and then provide progression challenges to get any 1302+ character to 1370. There's also a new multi-tiered growth support effect that will additionally help characters up to item level 1370.

The introductory welcome challenge is also being reworked, and will be replaced by a new Mokoko Challenge, which will let new characters or existing but inactive ones level with some new missions and helpful buffs.

The shop is also getting a new mount, new starfish pet, and lots of summer-themed skins.

Read the full notes over at Lost Ark.