Profane has made some great strides over the past several months. According to the latest Roadmap, a lot of the core features have been put together and integrated into the game, but it still seems like there is a lot left to go.

If you’ve been following developer Insane Game Studio’s development then you probably already know the strides the game has made in such a short time. When we look back on the roadmap the team put together back in January of 2022, there were a number of features, such as movement and basic combat that had yet to be implemented along with items like architecture improvements and the skills system. Now, fast forward just a few months and the team has integrated a number of items that were on the list, including enough combat and movement updates to run their first test. 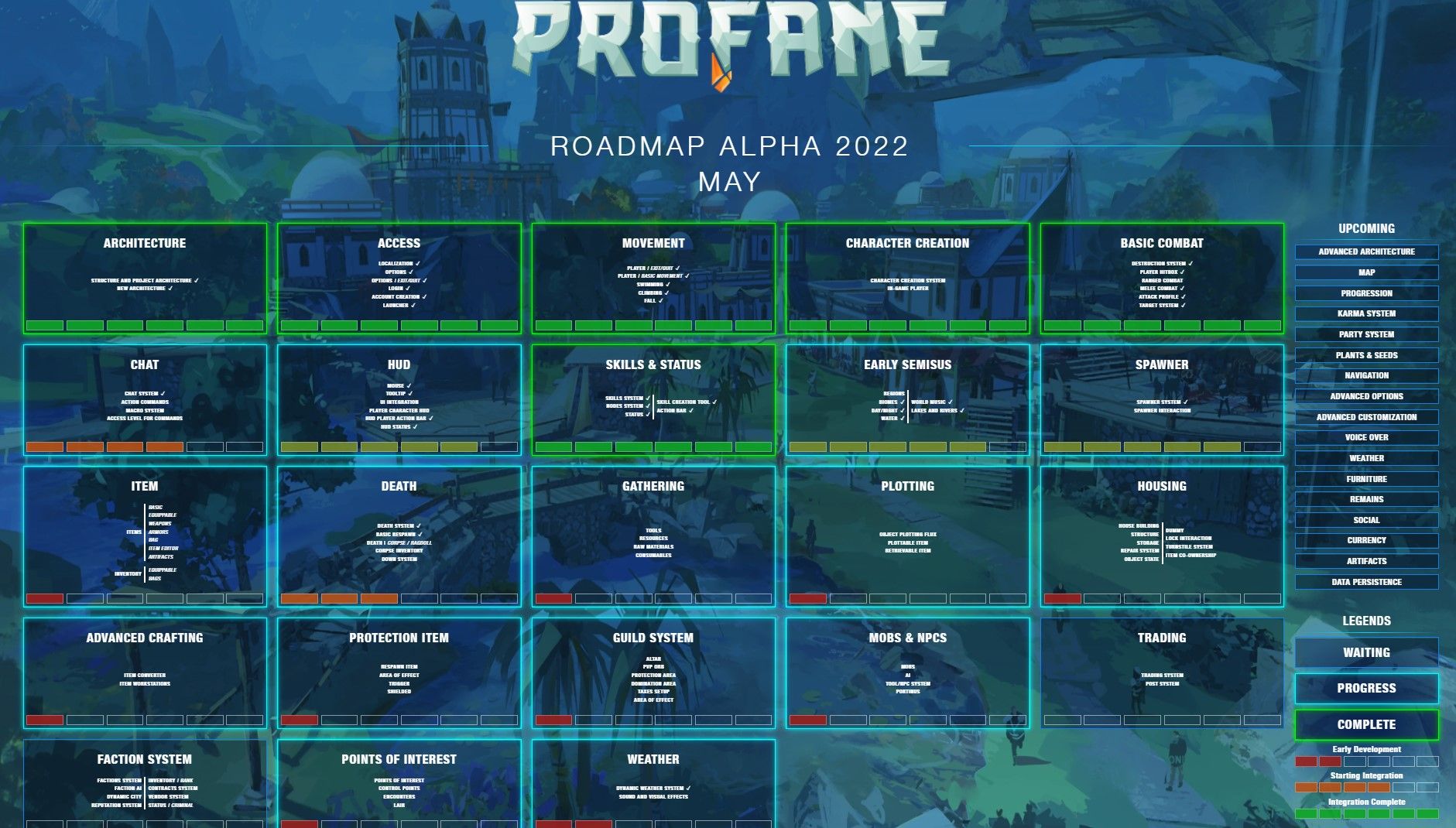 While it’s clear that Profane is still a very long ways off from being completed, it’s encouraging to see that the team has made some great strides over the past few months to the point that testing is now considered as and ongoing process. This month’s update marks the end of the teams second phase. The first phase ended back in August of 2021. Now with the second phase complete, the team can move on to the third phase of development where the team intends to integrate a lot of the Pre-Alpha work Insane Game Studio put together.

“The main goal of this Phase is to reintegrate a lot of the content we had on the Pre-Alpha, and it will focus mainly on Crafting and features that involve building.

This also means, of course, that you can expect tests over these features in the future.

We will keep our "no dates" policy to avoid unnecessary frustrations, but will still update you on our progress through the roadmap, alright?”

The team has been adamant not to provide specific dates when pieces of the project will be completed unless they are absolutely certain they can deliver. Earlier this month Insane thanked the testers for their patience, as they clear up some critical bugs in preparation for the next round of testing. Are you interested in signing up for the next test? Profane still has their sign-up form from the first test available if you’d like to try your luck.