Profane, the indie MMORPG in development by studio Insane, has released a new roadmap detailing work to be done in 2022 on the sandbox MMORPG. The roadmap shows quite a bit of work on the horizon, however the team is using progress bars on the map to show, well, their progress.

One major thing missing from the new roadmap are dates, unfortunately. The Profane team explains on Twitter that these were removed because it was "tought to pinpoint" when a feature would be completed. Instead, the team is using highlights and progress bars to show where they are with a specific feature on the roadmap. 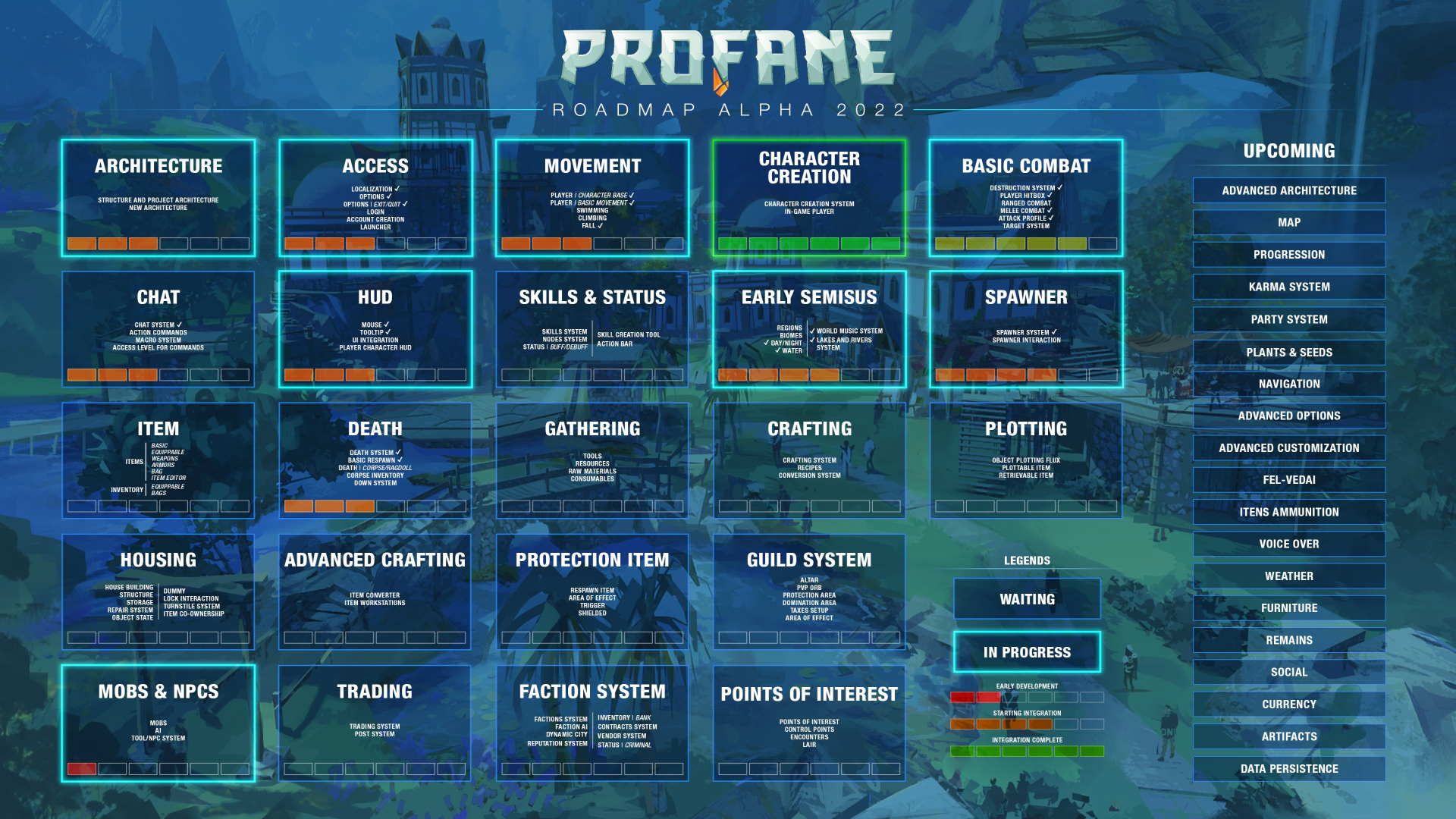 One thing you'll probably notice is that there are no dates. ????We decided to remove them because it was tough to pinpoint an exact date for features to be ready, which led to a constant reordering of the items we listed on the roadmap.

So this time, you'll see what we plan to work on along the year and a progress bar to go with it. The highlighted features with a glowing border are the ones we are working on right now. ??

Some of the features being worked on right now are things such as a Basic Combat, Architecture, as well as the monsters and NPCs players will interact with in Profane. Other items on the roadmap the chat and item systems, housing, gathering, crafting and others, with upcoming features being listed as well on the right side of the graphic.

There isn't a date listed either when those looking forward to updates can follow changes to the roadmap as well, but hopefully the team being Profane will be periodically posting updates to Twitter or the official Discord for those eager to follow development.

Speaking of Discord, the studio is hosting a Q&A tonight at 7:30pm ET to chat about the MMORPG with fans. The Q&A seems to coincide with the roadmap announcement, as the team is open to talking about the plans for the MMO, ideas players might have and much more. You can check it out on the official Discord if you're interested in tuning in.

If you're interested in seeing more of the progress, before the holiday break last year the development shared more in a video. Some highlights include things like clothing, environments, water and character creation.