When creating lands and spaces built by and inspired by dragons, there’s a certain majestic quality to them, as shown in the latest World of Warcraft: Dragonflight preview, which shows off the zone of Thaldraszus.

Thaldraszus is also known as “the cradle of dragon civilization” and is located in the mountains of the Dragon Isles. There you’ll find a variety of structures and multiple biomes. Expect things to be large in scale due to dragon and titan influences, but they’re complex too, from the waterways to the libraries, and the blended architecture throughout the land.

The preview goes into some of what we can expect to see, including some of the new beasts to find, and the lore influencing the look and the types of structures:

“The bronze dragons used the Temporal Conflux as a seat of power. Its vast libraries of knowledge contain the secrets of the timeways, as well as the Bronze Oathstone that symbolizes their calling to protect all time.” 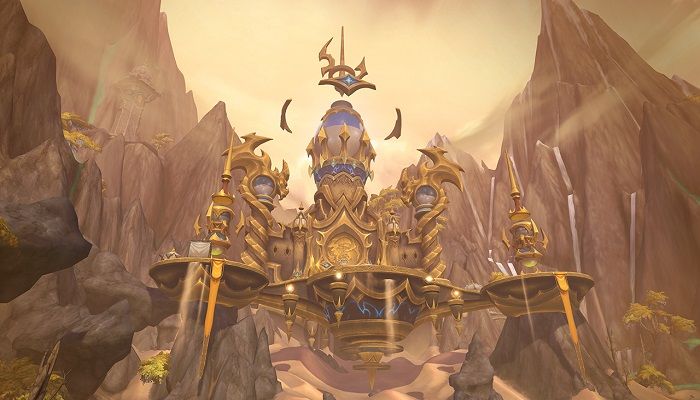 Distinct differences can be seen between what was influenced and built by dragons and what was touched by the titans. The dragons are the architects of the larger structures, as well as being regarded as the  cultured influence on all of what you can find in the land. The dragons too had power in a city called Valdrakken, from where they crafted and passed laws and arranged everything for their protection over Azeroth.

There's still going to be much to discover in Dragonflight, including a number of mysteries behind what you'll find in this slice of history now that the Dragon Isles will be approachable.

Read the full blog over at World of Warcraft.