With Dragonflight’s release just weeks away, Blizzard is continuing to prep everyone for the new expansion through a series of previews. This time, meet the new Dracthyr Evoker and learn about its starting area, The Forbidden Reach.

The Evoker will become available with phase two of the pre-expansion patch after November 15th, and all players who already bought Dragonflight will be able to create and play the new race and class combo. You’ll be able to create one, customize both its dragon and human forms, and consider which specialization you want to pick–Devastation, which is ranged DPS focused and uses red and blue dragonflights for damage, or Preservation, which uses green and bronze dragonflights to fuel a healing spec.

With the new Dracthyr Evoker, creating one is picking both race and class, and their inclusion is highly specific to Dragonflight’s story, lore, and content. 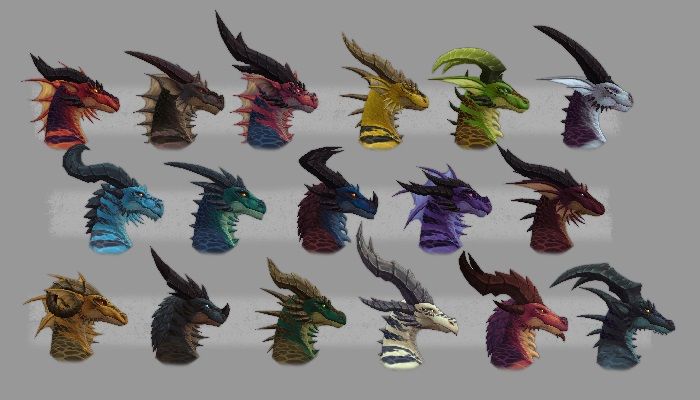 In that lore, “the essence of dragons was combined with the adaptability of the mortal races to create an elite soldier capable of switching from a draconic form to humanoid form”, giving them a certain flexibility. Now that the Dragon Isles both face a new threat and are seeing a period of reawakening, their time has come.

The Forbidden Reach is where you’ll start your journey, and as with other areas previewed this week, the zone theme track has also been released with the new preview. The track seems to capture the awakening phase that is going on now, with magic returning and the dracthyr coming back.

This zone is described as a place of ancient power, and one that fell into a broken and deserted state. There is something taboo about even visiting this place, and if you’re planning on creating a dracthyr, you’re probably going to be finding out a lot more sooner or later, as the dracthyr have been in stasis under the zone for some time, until now.