A group of Old School RuneScape players hit the jackpot as they claimed a 16 billion gold bounty thanks to a PvP kill earlier this month.

Let's back up a bit because how they got there is a long story. According to GamesRadar who first reported this ahead of the weekend, the bounty was put in place by OSRS streamer C Engineer, who for the past two years has been documenting an Ironman run of a character in the MMORPG.

While the run was initially labeled as a "hardcore ironman," it was downgraded to just include player kills as one of two viable ways to end the run - the other being the collection of an Infernal Cape.

In doing so, C Engineer had viewers donate in-game gold to a prize pool which would go to the players who did end up ending the run. As such, the fund would balloon to 16 billion in-game gold, the largest bounty in the MMO's history.

C Engineer also never made his online world location a secret, challenging players to bring it on. This obviously not only heightened the danger to C Engineer but also increase the competition between would-be PKers, as they had to first get through each other before they could get to C Engineer.

A player named Westham, however, was able to break through alongside a group of friends, to finally get the bounty by killing C Engineer. Tracking Engineer down to a boss fight against Zulrah, Westham's team was able to surround the exits to the boss chamber, cornering the streamer. 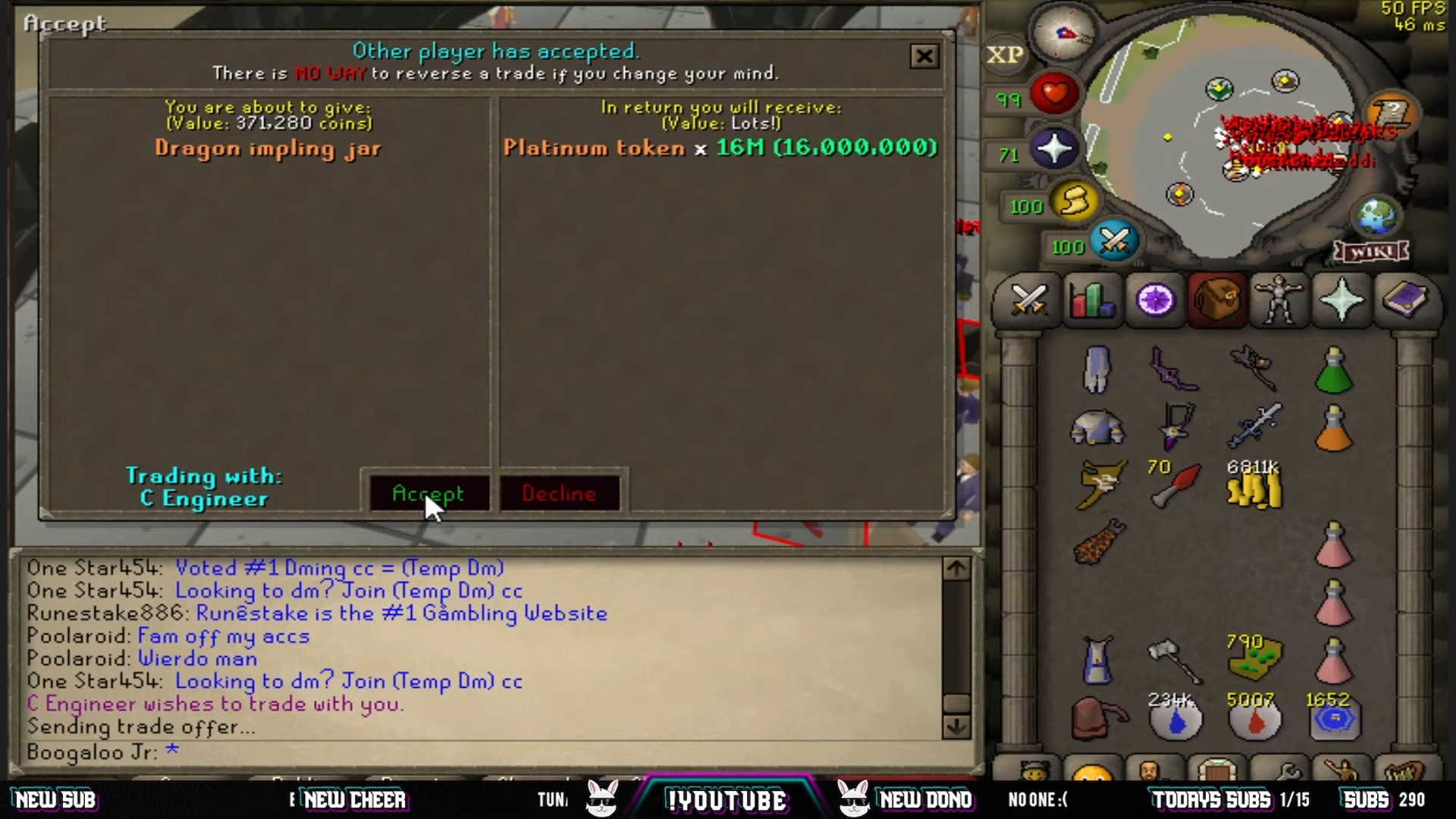 Not only did they have to eventually kill C Engineer, but Westham's group wasn't the only one to do this, and they had to contend with other players eyeing the same prize. After fighting them off and cutting off C Engineer's escape, Westham landed the killing blow on C Engineer, and as such claimed the 16 billion gold bounty for their Old School RuneScape group.

Both C Engineer and Westham have posted videos about the battle from their perspectives (the best part coming when one of Westham's companions seemingly missed the actual fight) and is worth the watch on each. We've embedded them both below.