During a presentation for CES 2021, Nvidia shared several announcements that are exciting for laptop and desktop gamers alike. For desktop gamers, the RTX 3060 will be launching in February for $329 through add-in board partners and provide an accessible onramp to 30-series RTX gaming. For gamers on the go, a new line of RTX 30-series Max-Q laptops will be releasing at the end of the month. 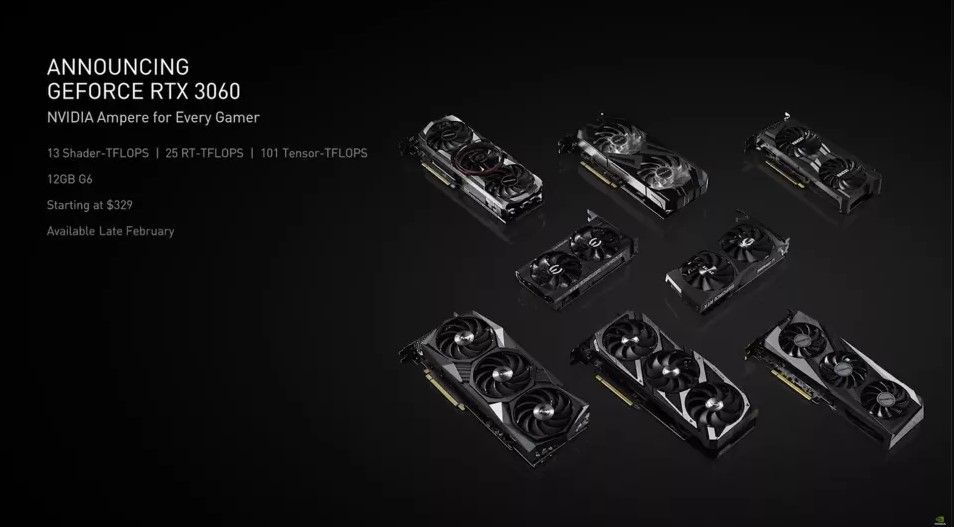 The next entry in Nvidia’s RTX 30-series will be arriving in February in the form of the RTX 3060. Ther won’t be a Founders Edition of this board, but it will be launching through add-in board partners beginning at $329. The new card will feature:

This new GPU is noteworthy because it continues the line of Nvidia’s most successful xx60 GPUs, most notably the GTX 1060 which has been the most popular graphics card on Steam since shortly after its release. It’s also striking that this card, the most accessible and entry-level 30-series yet, will feature 12GB of GDDR6 video memory, which surpasses even the RTX 3080 (albeit with slower GDDR6 memory versus the 3080’s GDDR6X).  This car will also support Resizable BAR, allowing the CPU to access the entirety of the memory pool, achieving the same benefits of AMD’s Smart Access Memory. 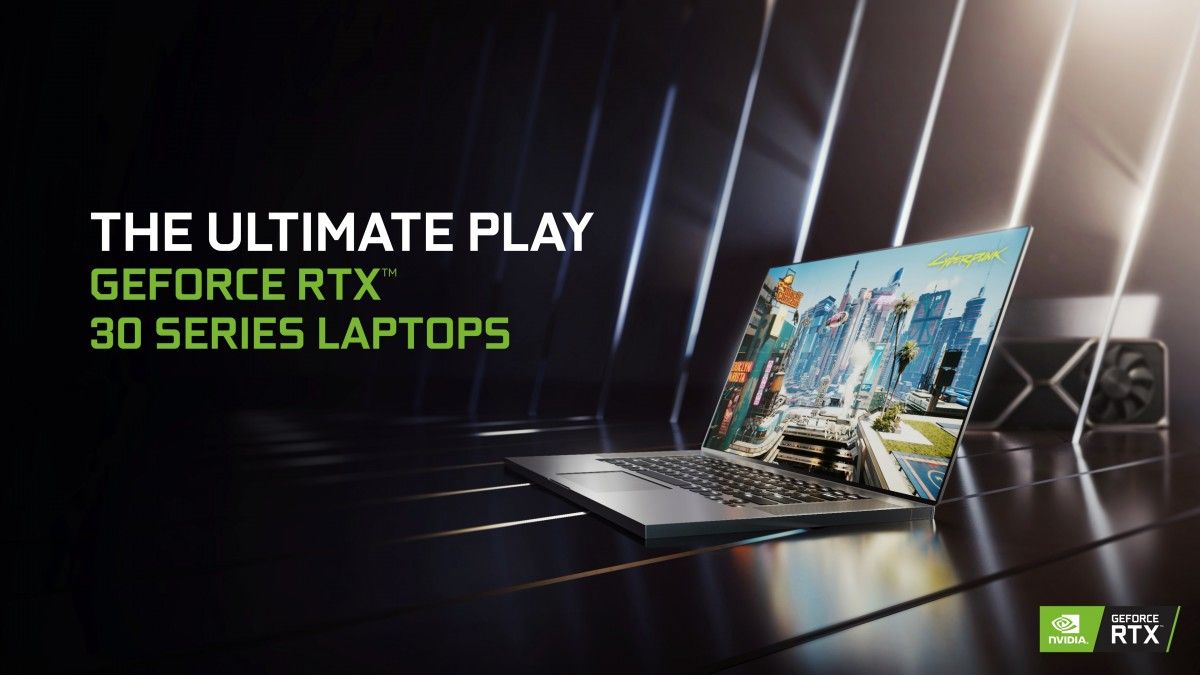 Nvidia also announced the availability of its upcoming line of RTX 30-series Max-Q powered laptops. RTX 3060 Max-Q, RTX 3070 Max-Q, and RTX 3080 Max-Q versions will be available, each offering massive performance gains over the prior generation.

These performance metrics are impressive to say the least, particularly the RTX 3060 variant which is stated to outperform the RTX 2080 Super Max-Q, which already offered very impressive performance at 1080p. 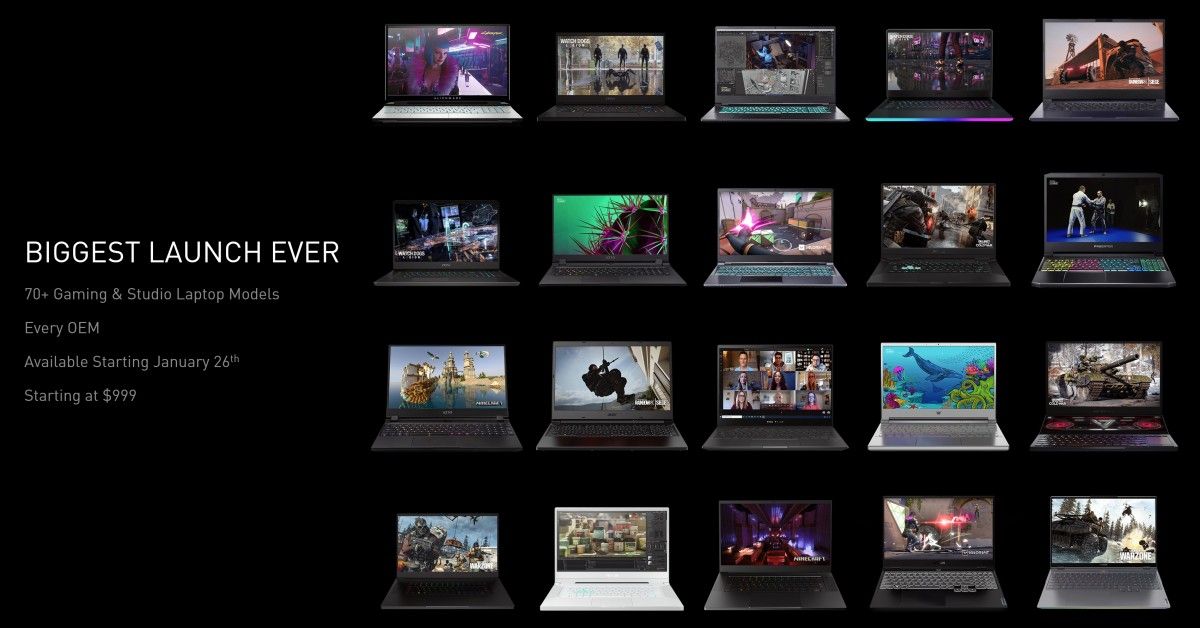 Also worth noting is that this launch also marks Nvidia’s push to drive 1440p displays in the laptop market. As many desktop gamers already know, 1440p represents an excellent middle group between image quality and performance. This transition should mark a welcome shift for gamers on the go.

To address power, acoustics, and performance, Nvidia also highlighted other key features found on these notebooks:

Nvidia promises 70+ laptops to “kick off a new era” of laptop gaming.

What about you: do you plan to pick up an RTX 3060 or new gaming laptop? Let us know in the comments below!