Amazon is marking the first year of New World with a brand new infographic celebrating all kinds of player milestones, community development, events, and a number of happenings throughout the first year of the game.

So what were some of the significant numbers and popular components in the first year? The community played 569.1 million collective hours, with an average of 110 minutes per play session. The most popular factions 41.9% Syndicate, 21% Covenant, and 37.1 Marauders. The most contested settlements? Weaver’s Fen and Everfall. While the most popular one to own a house in was Windsward.

All of these players, regardless of faction, combined killed 17.3 billion enemies, and completed 542.7 million community goals from the town boards. 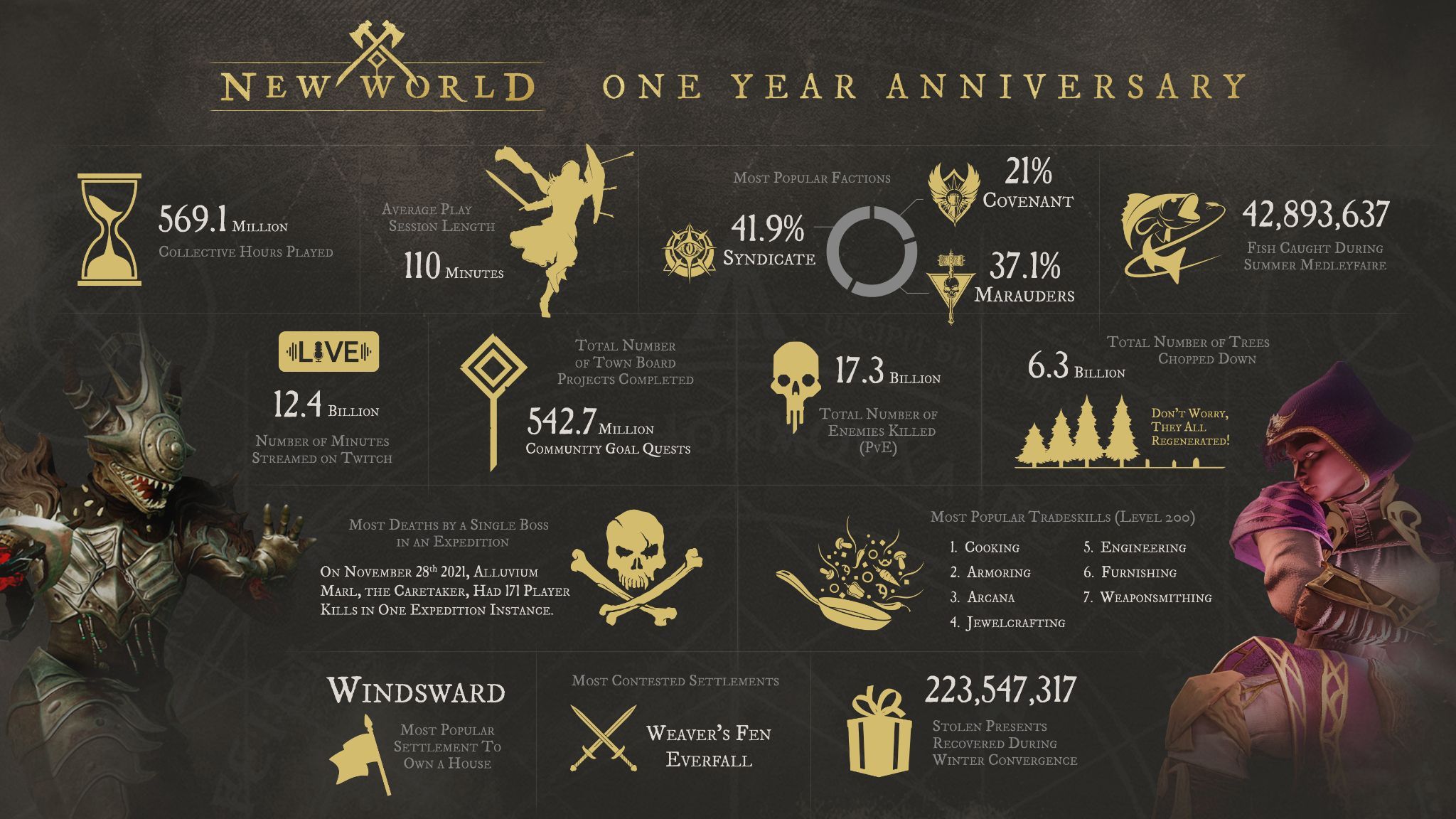 On the other side, on November 28, 2021, Alluvium Marl, the Caretaker, killed players 171 times in a single Expedition instance. Ouch. Since then, Expeditions have been  a popular feature, so players should definitely be faring better by now, nearly a year later.

As far as streaming goes, there have been 12.4 billion number of minutes of New World streams on Twitch.

The most popular tradeskills? Cooking, Armoring, and Arcana, which aren’t too surprising. Fourth was Jewelcrafting. Engineering, Furnishing, and Weaponsmithing were the bottom three.

When it comes to resources, players caught 42,8903637 fish during Summer Medleyfaire and have chopped down 6.3 billion trees. Good thing these get replenished faster in a game than in the real world.

Player stats are not the only thing the team has reviewed in the anniversary post. Community events and the start of regular dev update videos, Tales of Aeternum lore videos, and events like Spring Fashion and Touring Aeternum.

The first year has been full of a number of surprises and sometimes difficulties, but the Amazon games team is still inviting players to keep contributing feedback. With New World having opened up new servers recently ahead of a major update in just a few weeks, it seems like things are looking up.

See more  over at New World.